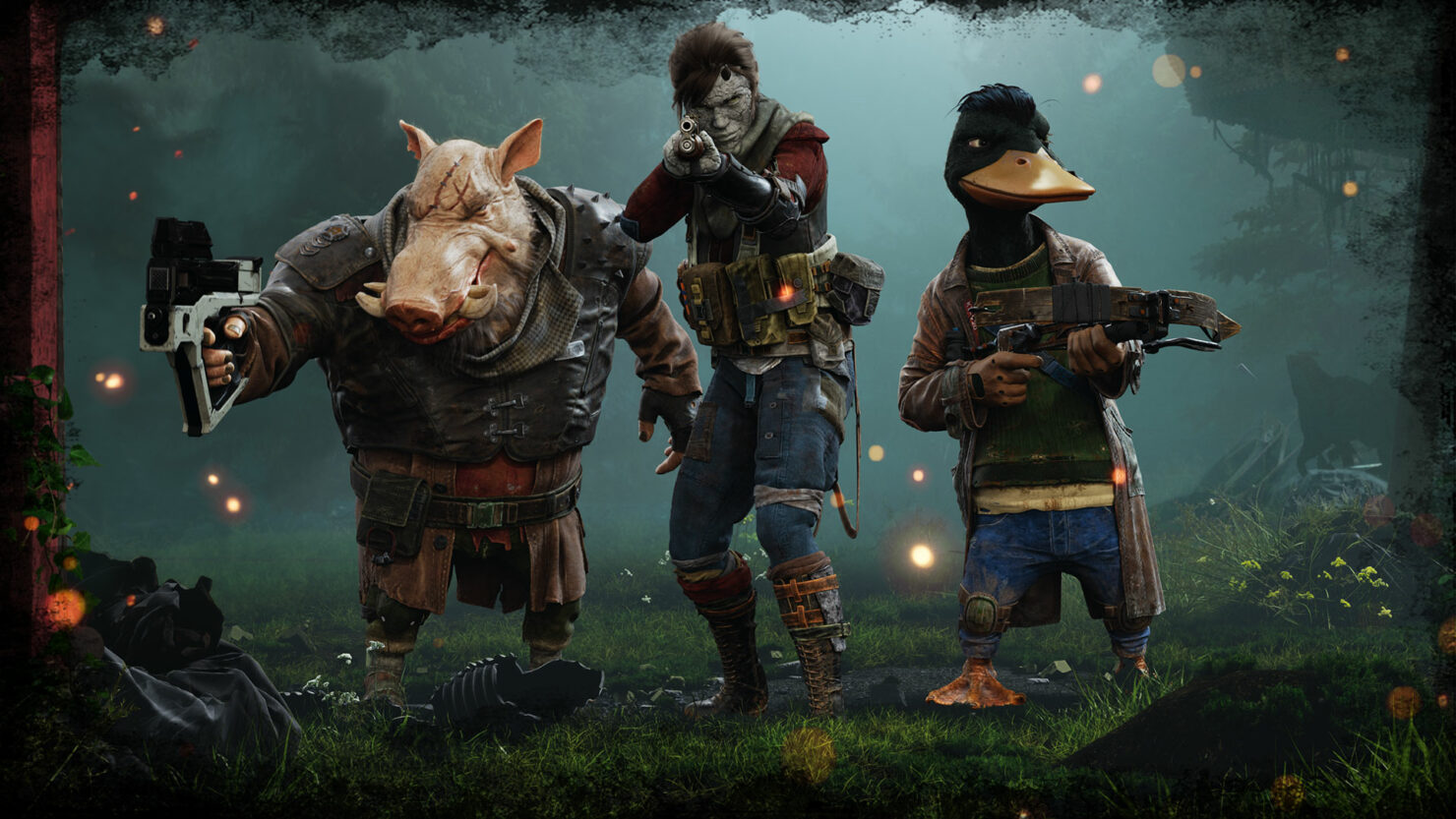 Since XCOM: Enemy Unknown successfully revived the turn-based tactics genre in 2012, there's been no shortage of games to play for fans of this particular gameplay style.

Xenonauts, Chaos Reborn, XCOM 2, Into The Breach, BattleTech and Phantom Doctrine are only a few examples. Next year we're also getting Phoenix Point (made by the original XCOM creator Julian Gollop) but first, there's Mutant Year Zero: Road to Eden. Due tomorrow on PC, PlayStation 4 and Xbox One, it's being developed by Swedish studio The Bearded Ladies and published by Funcom.

We got the chance to interview Haraldur Thormundsson, CEO of the development team, to provide you with additional details on the game. Enjoy!

Mutant Year Zero is not that known globally when it comes to Pen and Paper roleplaying games. Why did you choose it as a setting for the game?

The Swedish part of our team grew up in the 80s and 90s and played the Mutant Year Zero Pen-and-Paper RPG. So did most of our generation of developers here in Sweden, and it has been kind
of a childhood dream for many of us to turn this awesome Pen-and-Paper RPG into a video game.

Will the story be told in an entirely linear fashion or perhaps there are some choices to be made and consequences to be had?

The story is mainly driven in a linear fashion. We feel it works well with the format as you explore the word and learn more about it. You take on challenging battles, and if you come out alive on the other side you continue with the game and the story. You can make a few choices in the side-stories though.

Is there any optional side content to be found in Mutant Year Zero: Road to Eden?

There are smaller and optional side-stories which you also can play in the game. These do not directly follow the main story but delve into other events and characters around the Mutant Year Zero world. Your team of mutants will earn XP and gain loot from doing this side content. These bonuses make your team more powerful, but players will still be able to play through the main story should they elect not to explore all the side content.

How many playable characters are there in total?

You start the game with two mutants on your team and meet three more on your journey. So, in total, you can choose between five mutants when you have met everyone. You can only have three active at any time though. They all level up together, so even if you don’t use one mutant all of the time, it won’t fall behind the rest.

Are players free to explore the world of Mutant Year Zero: Road to Eden or are there mission-based maps instead?

The structure of the game is not like XCOM for example, where you have a mission for each map and go back to your base between each mission. Instead, players can explore the maps they have unlocked freely. The story follows a set story path though, so players will need to unlock more and more maps as they play and level up. Side maps are also unlocked this way and players can go back to the hub, the Ark, anytime they want, to upgrade their weapons or buy new gear.

What are the odds to see mods enabled on PC in the future?

It is nothing that we are looking at now, but I guess we might be open for it in the future.

Since you already prepared a Beta Demo for those who pre-order the Deluxe Edition, is there any chance you might release a demo build for the general public later on?

This is not something we have discussed, but it is an interesting idea.

Are you planning any enhancements for the Xbox One X and/or PlayStation 4 Pro consoles? If so, could you list the detailed features and respective differences for us?

Mutant Year Zero: Road to Eden runs on Unreal Engine 4, which supports the Nintendo Switch, where a similar game (Mario + Rabbids: Kingdom Battle) proved to be very successful. Are you exploring this option as well?

That is something we will look into soon(TM).