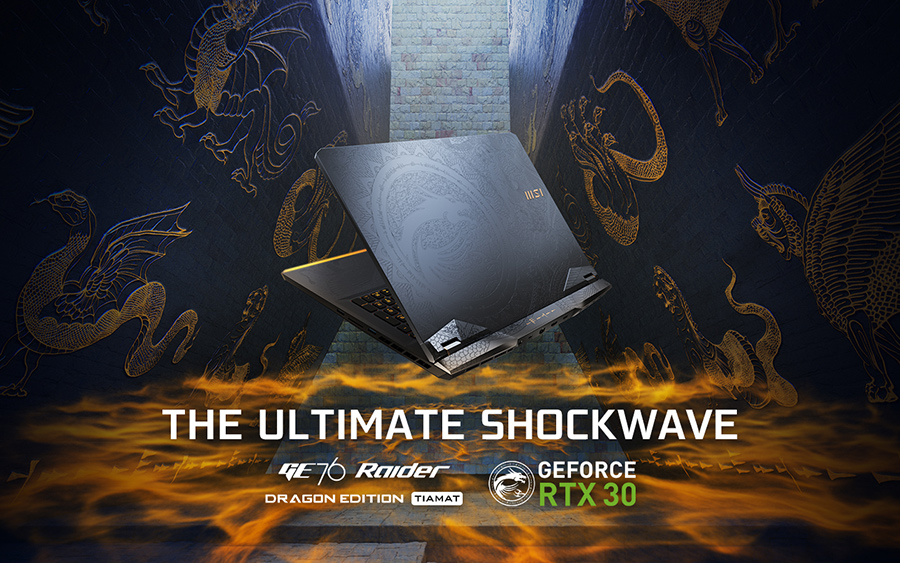 The most eye-catching aspect of the MSI GE76 Raider Dragon Edition Tiamat is the design of the laptop. The design is inspired by ancient Babylonian folklore with Tiamat, the almighty Babylonian Goddess Tiamat. The design features Mesopotamian cuneiforms on the lid and a new dragon iconography across the laptop. All models of the GE76 Raider features SteelSeries RGB chassis lighting.

The MSI GE76 Raider Dragon Edition Tiamat is the new flagship model for MSI's lineup and with that will come a high price point. MSI has not announced the pricing or availability, but it is quite an exciting laptop with a unique design.