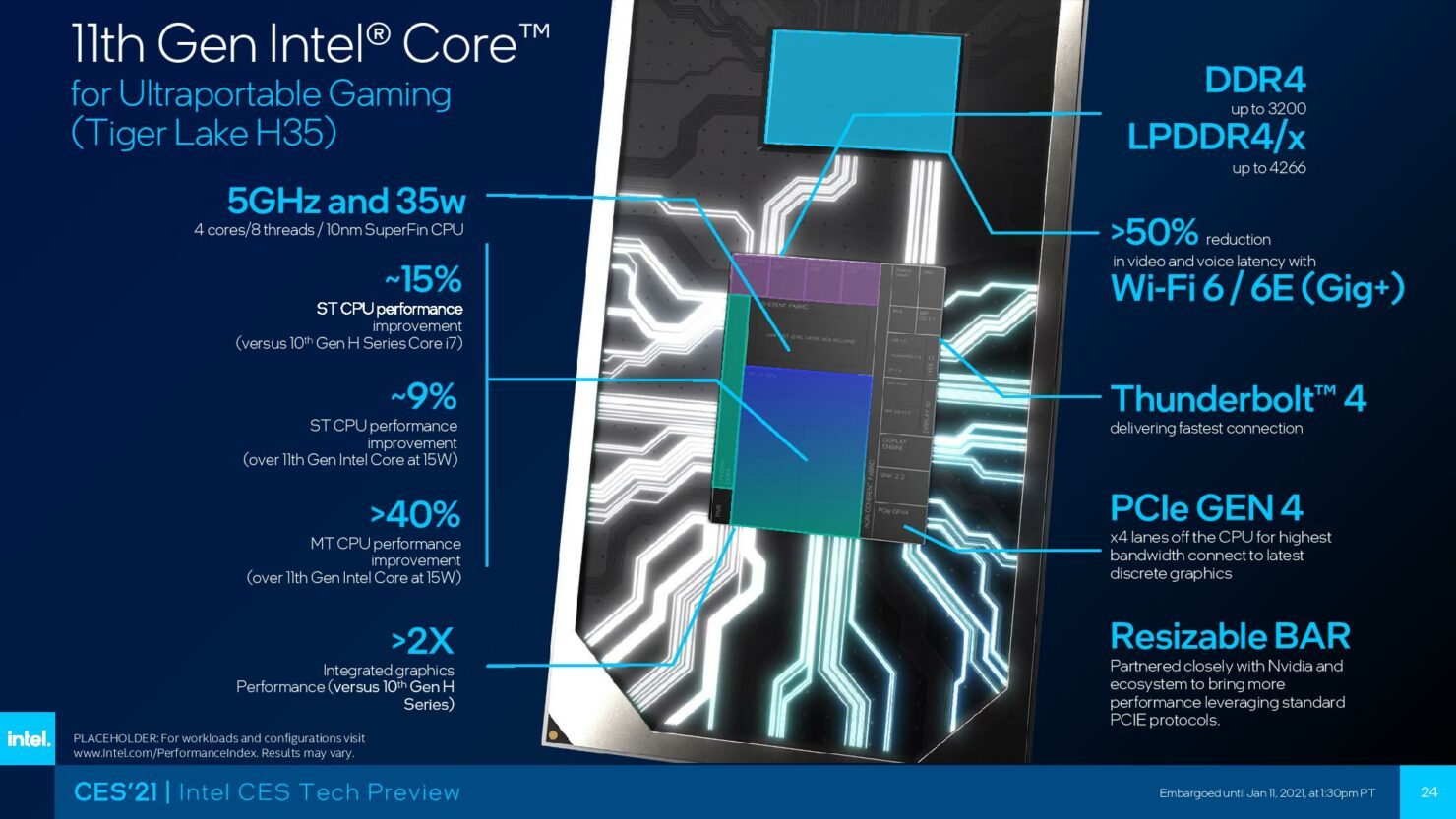 Intel has launched the 35W variants of its highly successful Tiger Lake processors and with it, taken the crown of the fastest laptop processor in single-threaded performance. The TGL-H series can scale up to 4 cores and 8 threads but the additional TDP envelope allows it to really spread its wings. The processors are launching as of right now and will be available from partners shortly.

The Tiger Lake H processors (officially the 11th Gen Intel Core series) can boost up to 5 GHz on 35W and Intel actually confirmed that the processor can boost to that level under 35W as well! (Although the 35W thermal envelope is required to sustain it for longer periods of time). The platform features a 15% single thread improvement over the 10th generation H series and a 9% improvement over the 10th generation U series. 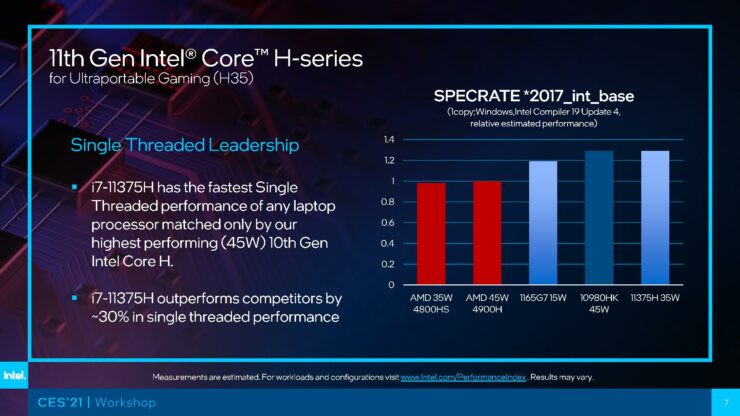 Multi-threaded performance has been increased by almost 40% when compared to the 11th Gen U series and graphics performance has been doubled when compared to the 10th Gen H series (since it boasts twice the number of EUs as well as the Xe Architecture). Of course, the platform features PCIe Gen 4 and is built on top of Intel's 10nm SuperFin process. It features Thunderbolt 4 and Wi-Fi 6 coupled with DDR4-3200 memory. 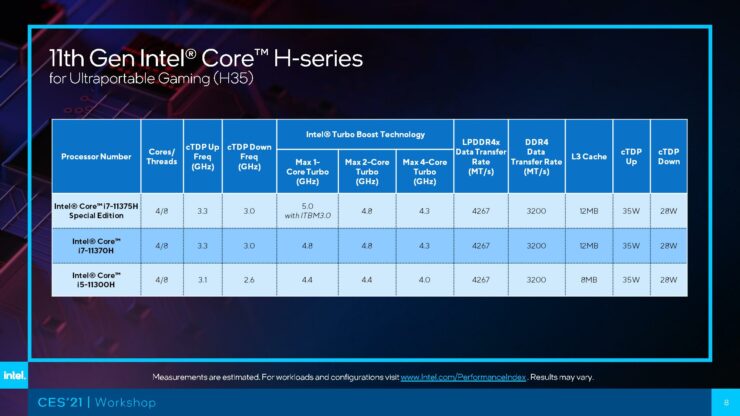 Three SKUs have been announced:

Intel's original 10nm architecture Sunny Cove had great IPC but could not sustain high enough clock rates. To fix this, Intel developed a new type of transistor called a SuperFin (previously called 10nm+). Don't be misled by the + though because unlike previous plusses this iteration delivered roughly the same level of improvement as a node shrink in one go. You can read more about Intel's 10nm SuperFin transistor over here. 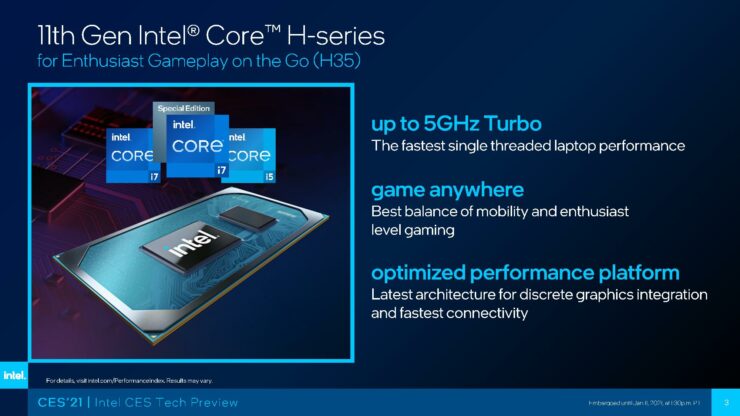 Tiger Lake also utilizes Willow Cove cores which doubles the bandwidth and shifts to a double ring architecture. It is essentially a vastly improved version of Sunny Cove and combined with the Intel SuperFin process, it turns Tiger Lake into a truly formidable beast. Tiger Lake also ships with the company's first Xe iGPU which can achieve up to 2.6 TFLOPs of performance - absolutely insane for such a tiny chip.

Intel launched a new line of 11th Gen Intel Core H-series mobile processors for gaming that extends the 11th Gen mobile family of products and pushes the limits of what’s possible for enthusiast-level gaming in laptops as thin as 16 millimeters. Led by the Intel® Core™ i7 Special Edition 4-core processor with up to 5 gigahertz (GHz) Turbo, these H35 processors are specifically targeted for ultraportable gaming. They feature new Gen 4 PCIE architecture for connecting to latest discrete graphics and deliver amazingly low latency and immersive game play on the go. At CES, Acer, ASUS, MSI and Vaio announced new systems powered by the 11th Gen Intel Core H35-series processor for ultraportable gaming, with more than 40 designs from top manufacturing partners launching in the first half of 2021.

For mobile enthusiasts who want desktop-caliber gaming and creation performance, Intel also announced an 8-core processor that will start shipping later this quarter. This platform is unique in the industry with features that would normally only be found in high-end desktop systems – including up to 5GHz, Gen 4 PCIE x20 architecture for fastest storage and discrete graphics, and Intel® Killer™ Wi-fi 6E (Gig+). - Intel Press Release CES 2021 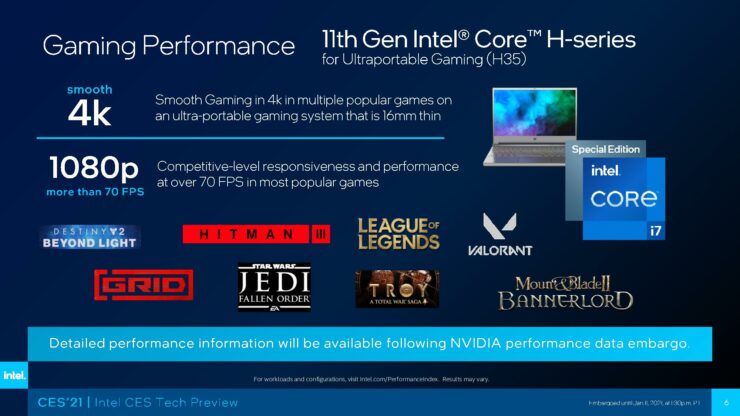 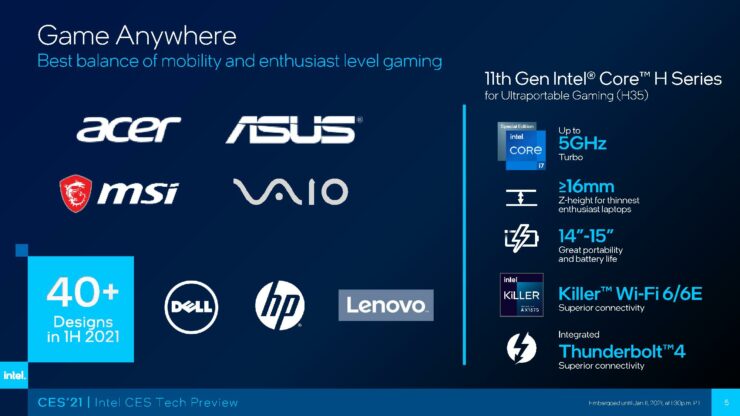 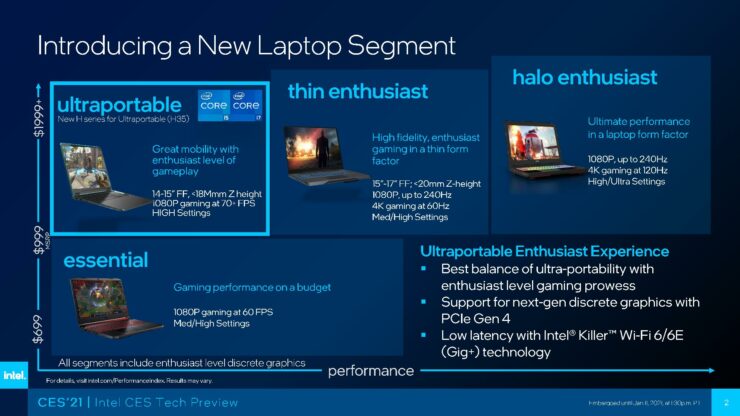 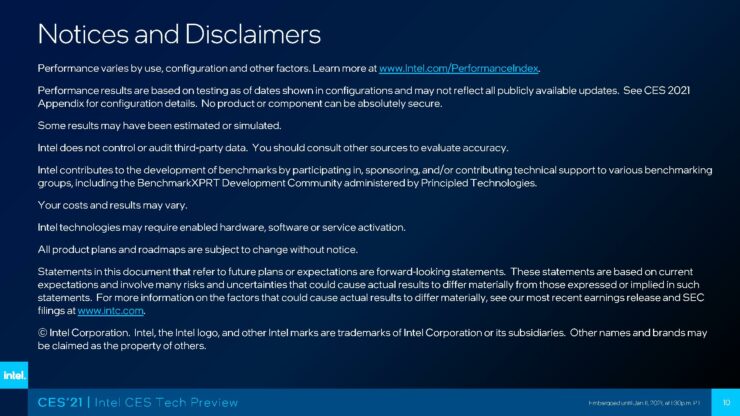