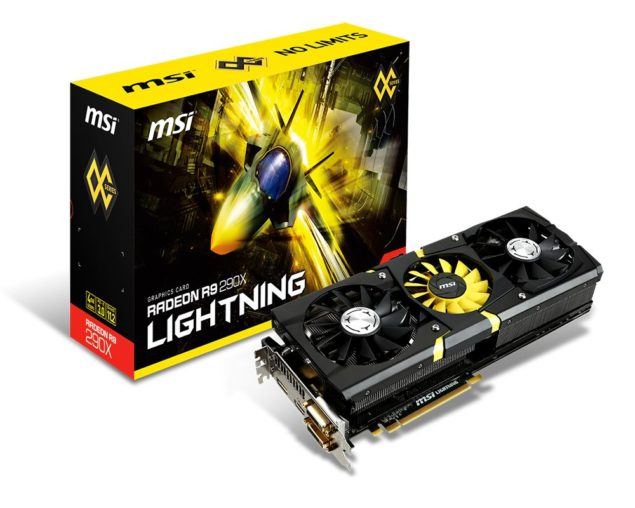 The MSI Radeon R9 290X Lightning features the AMD Hawaii XT GPU sporting 2816 Stream processors, 176 TMUs, 64 Render back-ends and 4 GB GDDR5 memory operating along a 512-bit bus interface. The core and memory frequencies would certainly be overclocked out of factory considering the brute assembly featured on this model so we can expect core clock above the 1000 MHz reference clock.

The Radeon R9 290X Lightning is going to feature the most power-ful PCB ever produced for the Hawaii GPU with a 12+3+2 phase power design that would be powered through an 6-Pin and dual 8-Pin connectors. So that’s alot of power being fed to the core and components which means LN2 overclockers have something of a treat headed to them. The Radeon R9 290X Lightning is also the only graphics card of its kind to push the Hawaii GPU core past its limit due to the beefy power design. There are certain cards which feature a non-reference PCB but nothing at the moment would come close to Lightning in terms of power and design.

MSI has implemented their new Triple force architecture on the card which has three basic features. First is the Triple Level Signals which is basically a on-board LED that shows real-time load on the card by displaying three colors, Green for Light Load, Blue for medium load and Red for Heavy Load. Then comes with Pure Digital PWM control which offers more precise voltage, power/voltage control via MSI afterburner application and faster V response time.

The cooling on MSI’s Radeon R9 290X Lightning is handled by the latest TriFrozr cooler which is making an debut with the new Lightning graphics card. It looks amazing boasting three fans, two black colored while one 80mm yellow themed fan sits in the middle. The shroud looks fantastic with a large Lightning logo on one side and a massive aluminum fin array sitting beneath it which cools the GPU under massive overclocked loads. The heatsink is equipped with seven 8mm heatpipes that offer superior direct contact and heat dissipation off the GPU base.

MSI's Radeon R9 290X Lightning is a great product for its design, performance and power but a premium product of this type comes at a premium price and we are looking at a price point of around $799.99 US or even more due to the mining craze. The card is expected to launch in the next few days so reviews will be out soon of MSI's latest treatment to AMD's flagship chip. 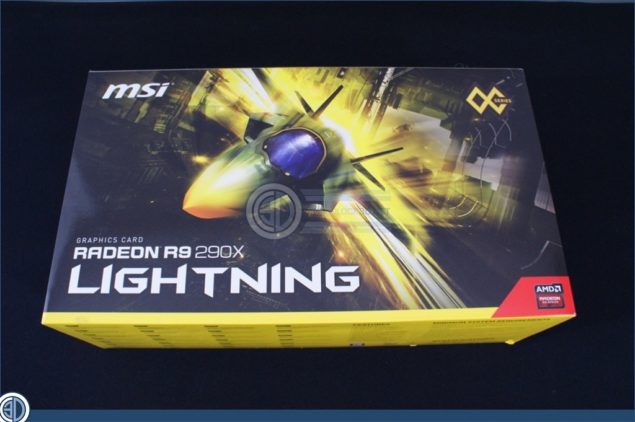 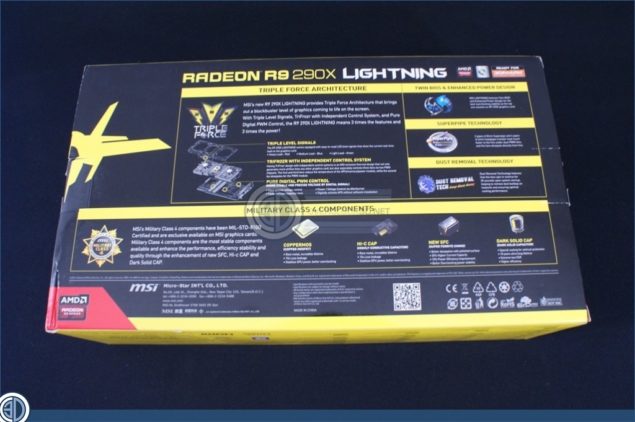 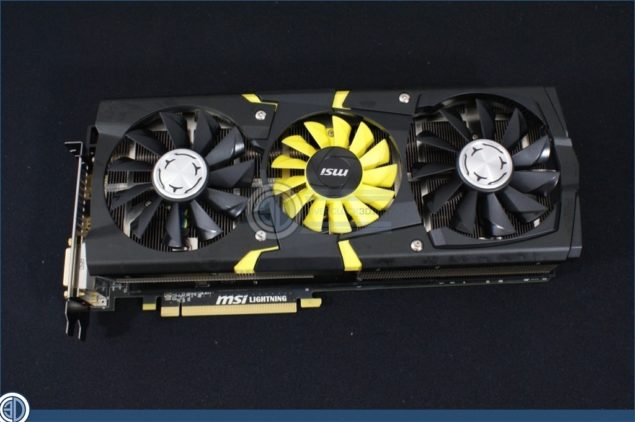 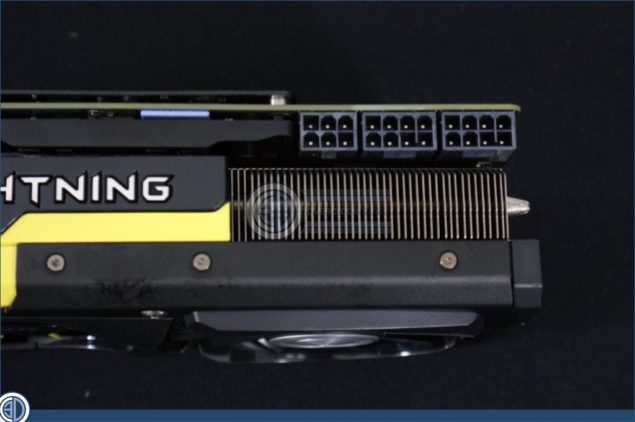