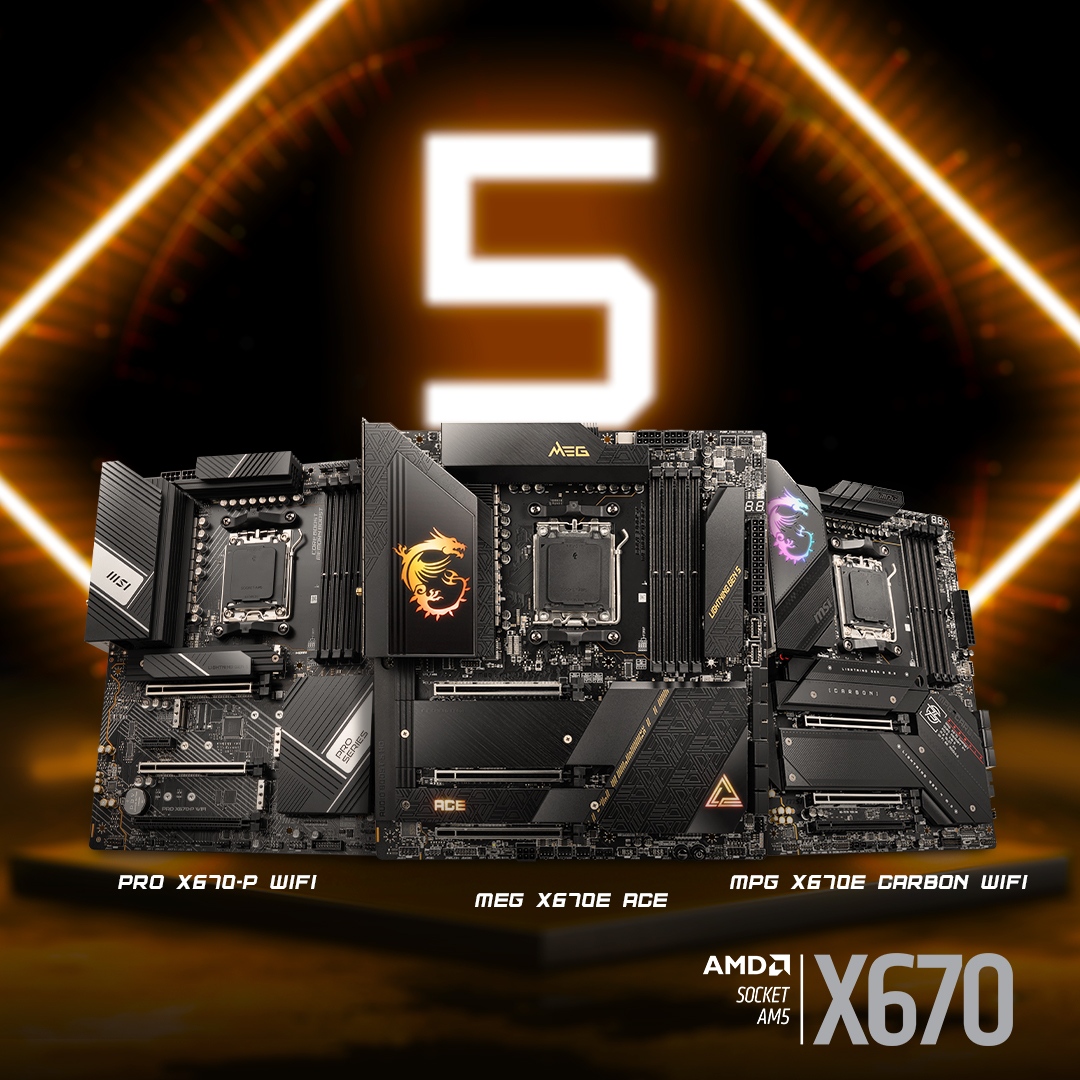 During its latest 'Insider' webcast, MSI showcased and further detailed its X670 and X670 motherboard lineup which will support AMD's Ryzen 7000 Desktop CPUs.

MSI unveiled its X670E & X670 AM5 motherboards on Monday, featuring a total of four initial board designs that are headed to market shelves in Fall 2022. These include the MEG X670E GODLIKE, the MEG X670E ACE, MPG X670E Carbon WIFI, and PRO X670-P WIFI. While AMD will continue to offer support of its AM4 motherboards, the AM5 lineup is what's going to be the future home for next-gen Ryzen CPUs. One interesting detail that MSI shared is that the motherboards will come with a 32 MB BIOS (at minimum spec) compared to AM4's 16 MB (minimum spec).

MSI also gave us a close-up shot of the AM5 socket itself on these motherboards which features 1718 LGA pads for connection with the motherboard. In addition to the socket, we also got a first look at the dual chipset PCB design. Now while this PCH don't require active cooling, vendors like MSI are including some nice Heatpipe cooling under the PCH heatsink which should keep them cool under operation. 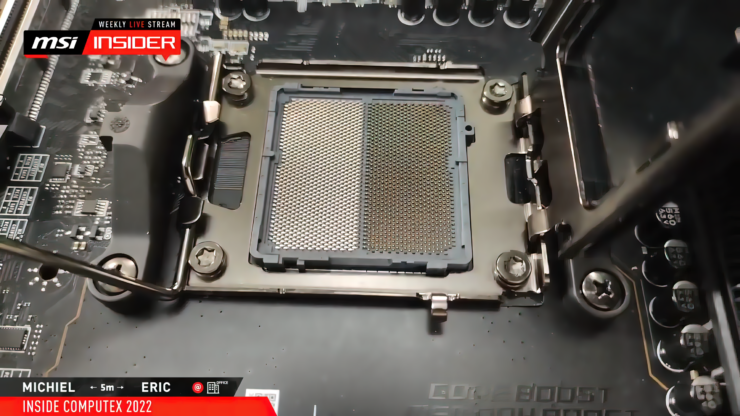 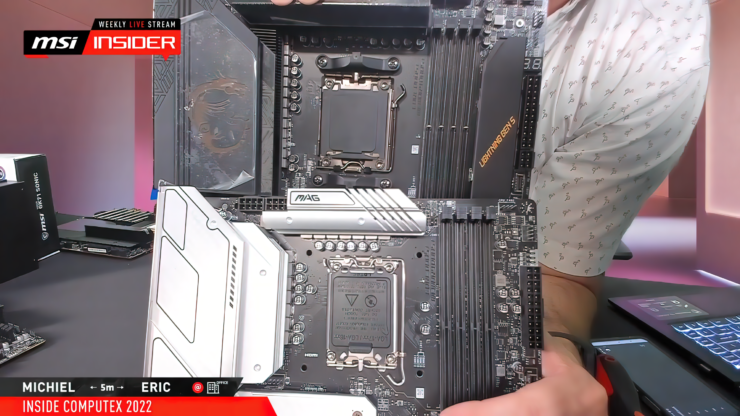 MSI MEG X670E GODLIKE Motherboard - The Flagship To Rule Them All!

Starting off with the motherboards, MSI will have its MEG X670E GODLIKE as the new flagship and although they didn't show any pictures of the motherboard, they did talk about features. The board will offer: 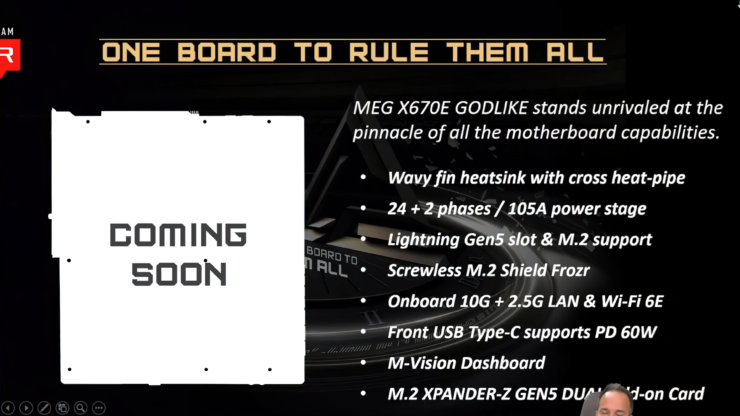 The MSI MEG X670E ACE motherboard was one of the units that the 'MSI Insider team showcased during the webcast. Before talking more about it, let's list down its primary features:

The MSI MEG X670E ACE motherboard features a very large heatsink with a finned design & it also comes with several M.2 Shield Frozr heatsinks. The most interesting is the one next to the DDR5 DIMM slots which have a tool-less installation design and can easily be removed and latched in to place with a special knob mechanism. 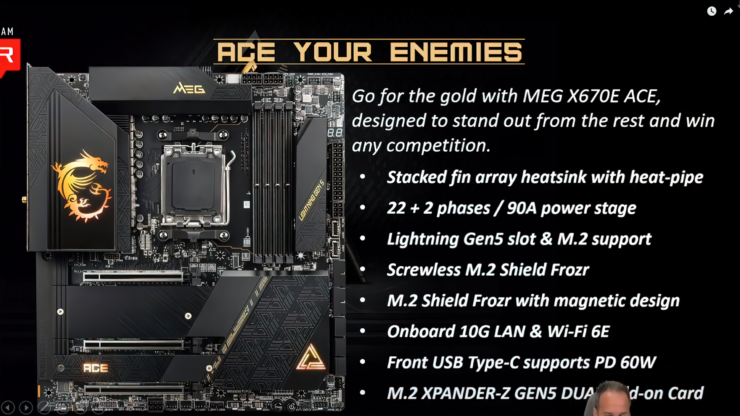 MSI has also given the X670E treatment to its next CARBON WIFI motherboard. This means we will be getting the same PCIe Gen 5 support for storage and graphics on this motherboard too. Listed features include: 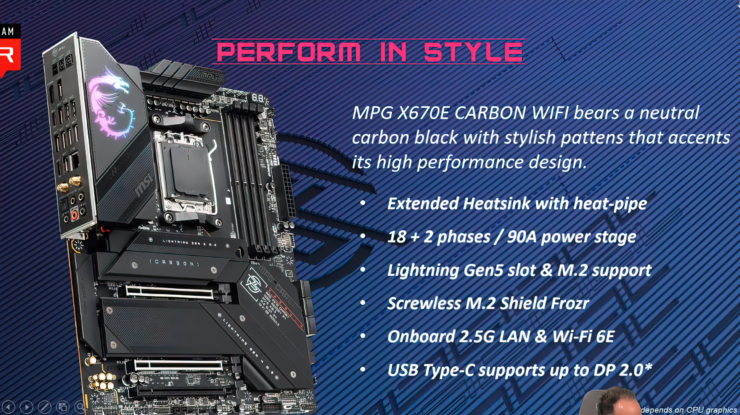 Finally, we have the MSI PRO X670-P WIFI which combines stable functionality with high-quality assembly. Now one thing that MSI has told is that the X670E class motherboards will come with a 10-layer PCB design while the X670 motherboards will come with up to 8-layer PCBs. We know that the X670E class motherboards need those increased server-quality PCB layers to maintain the Gen 5.0 signal integrity for both discrete GPUs and storage. Since the X670 motherboard doesn't have to offer both dGPU and M.2 Gen 5 support, they can do away with 8-layers which is still a high-end PCB design. The main features of the motherboard include: 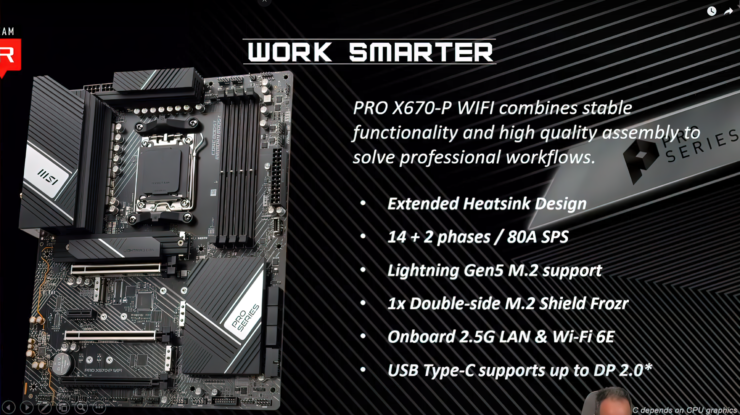 MSI will discuss more motherboards and details such as specs, pricing, overclocking & performance of its AM5 X670E, X670, and B650 motherboards close to the AMD Ryzen 7000 Desktop CPU launch this fall.