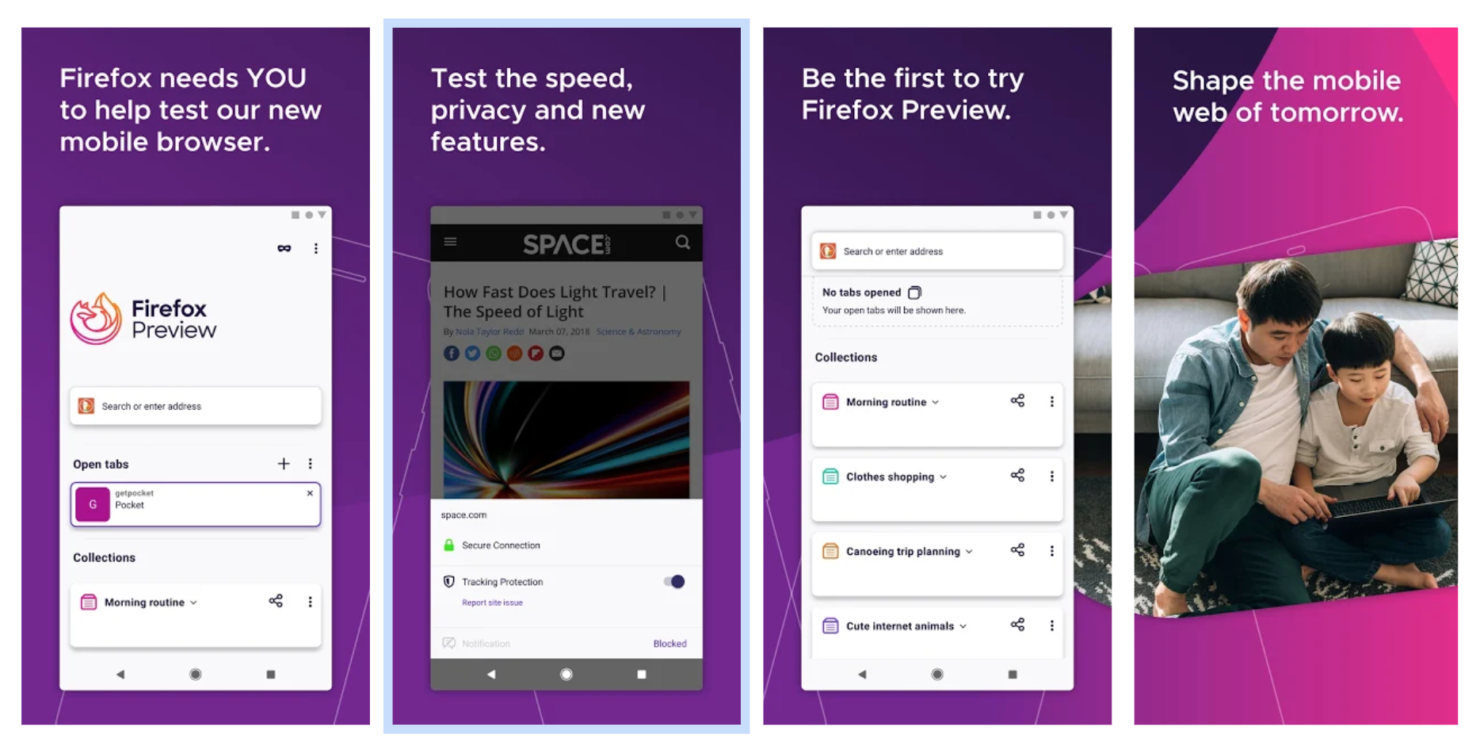 In June, Mozilla announced a pilot of its new browser tailored exclusively for Android devices. Calling it Firefox Preview, it is an "always private" mobile browser that could be considered an upgrade from the company's Firefox Focus, a lightweight iOS and Android browser that allows users to browse the internet without being followed by trackers.

Firefox Preview, Mozilla explained, is an answer to the user demand of "a full-fledged mobile browsing experience" that was more private and secure than any existing solution. "With Firefox Preview, we’re combining the best of what our lightweight Focus application and our current mobile browsers have to offer to create a best in class mobile experience," the browser maker had said.

"The new application is powered by Firefox’s own mobile browser engine - GeckoView - the same high-performance, feature enabling motor that fuels our Focus app."

Firefox Preview is up to 2x faster than Firefox for Android, featuring a minimalist start screen and bottom navigation bar, and Tracking Protection that is enabled by default. Mozilla released an early version of this experimental browser earlier in summer. The final product is scheduled for a release in the fall this year.

Mozilla has now released the latest update to Firefox Preview, bringing several bug fixes, along with a new search widget. The updated version is available through the Play Store. Folks at Neowin report that you can now add a Firefox Preview search widget to the home screen that enables you to start searching without any additional taps.

To get the search widget on Android home screen, tap on an empty spot on the home screen > Widgets > Firefox Preview.

The browser is also more stable now, so if you are in for testing something new, head over to this link to download the new browser. Google Play Store is currently carrying version 1.2 but the APK is available through this link - third party, so download at your own discretion. Keep in mind that this is an early version in the development process, and could be a little buggy right now.