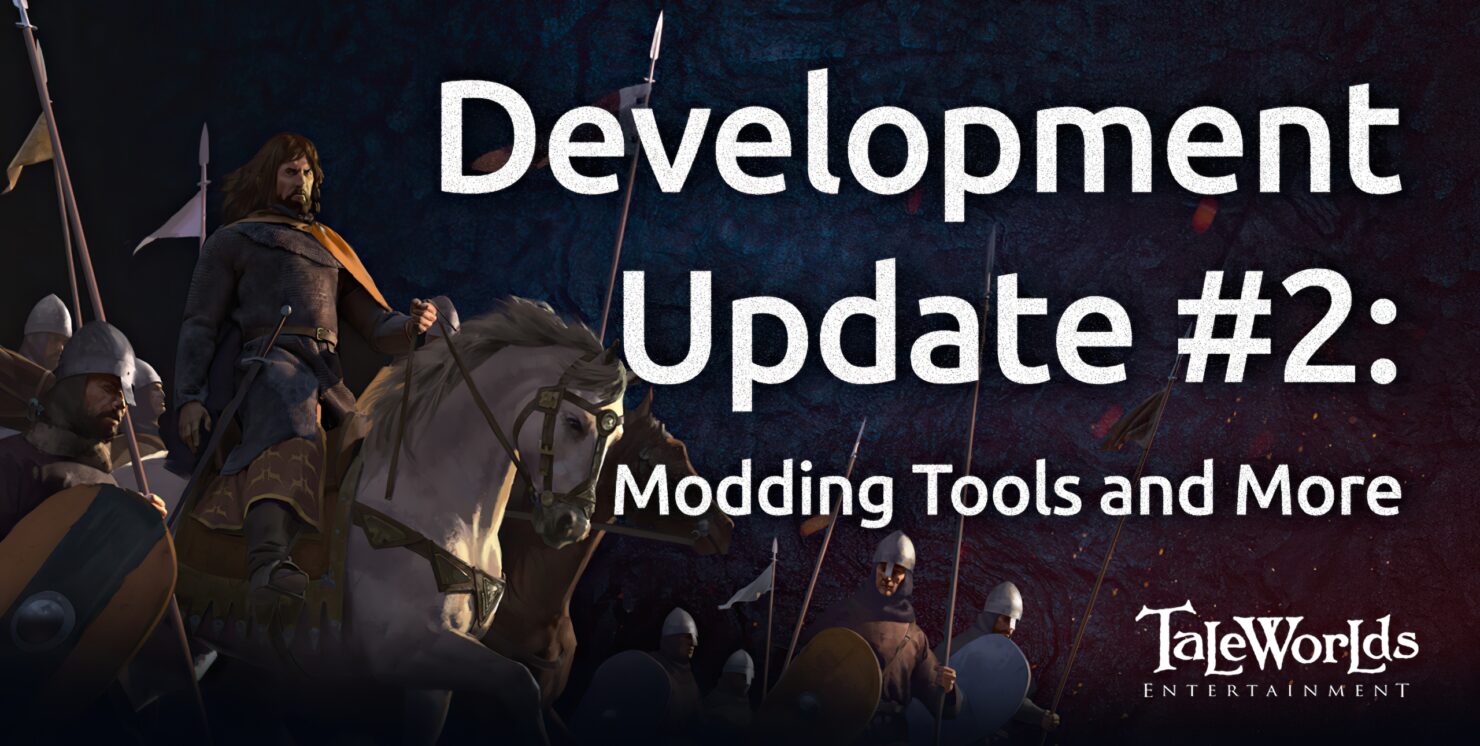 SCENE EDITOR
Let’s start by taking a look at the Scene Editor and some of its many tools.

The Scene Editor is used by our level designers to create and edit all of the game’s scenes, including the world map.

The Terrain Select and Terrain Elevation tools allow modders to create terrains of various sizes and sculpt their geometry. With this menu, users can also export height and material maps or import new ones to the scene.

With the Paint Terrain Layer tool, modders can then paint the terrain with various textures like desert sands, lush grass, or cobblestones. This tool can also be used to generate forests and farmlands with ease.

Meanwhile, the Add Flora tool is much more controlled and is well suited for detail work, such as placing various rocks and vegetation.

Add Entities allows modders to access the entire prefab pool of Bannerlord, as well as any new ones they have added to the game. These entities can then be manipulated in many ways, from simple rotation and scale changes to modifying their texture or colour, changing their physics properties, or adding sound, light and particle effects, as well as scripts.

The Atmosphere Editor allows modders to select from a number of preset atmospheres, or create new ones.

Alongside the Scene Editor, we’ll be sharing a number of other modding tools.

MESH EDITOR
The mesh editor allows modders to import and export meshes and adjust some of their properties.

MATERIAL EDITOR
The material editor allows modders to create and define materials and their properties.

TEXTURE EDITOR
The texture editor allows modders to import and export textures and adjust some of their properties.

PARTICLE EDITOR
The particle editor is a fairly comprehensive tool that enables the creation and editing of particle effects using many inbuilt features.

MODEL VIEWER
Finally, the model viewer allows modders to review meshes, skins and animations while allowing for multiple assets to be loaded together.

The 'first batch' of Mount and Blade II mod tools are expected to be released later this month in a patch that will also include other improvements to the game, such as autoblock (for single player only), an overhaul of the formation AI, spear bracing, hooked spear dismount animations, and new Sturgian armor pieces and shields.

Mount and Blade II is expected to stay in early access at least until March 2021. For our first impressions written right at the game's debut, check this article.