News has been abuzz about the Android Wear devices launched and announced at this year's Google I/O. Android Wear devices are wearables that allow users to keep themselves updated on-the-go and without any hassle involved in accessing smartphone devices. Three Android Wear devices have been announced and these are the LG G Watch, Samsung Gear Live and Motorola Moto 360. Out of the three, only the Moto 360 does not have an exact launch date, with Motorola only saying that the device is to be available later this summer. Well, we have more news for you today regarding the Moto 360. It is now being reportedthat the Moto 360 smartwatch will now be launched with the company's Motorola X+1 smartphone. And more importantly, it is to come with Moto Maker support. 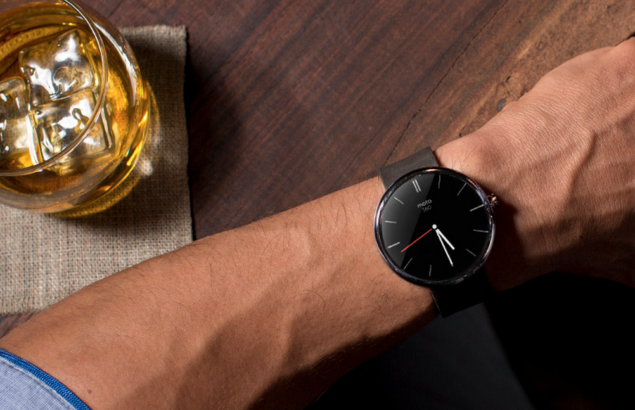 Moto 360 Is Going To Be Launched With The Moto X+1 smartphone. Both To Be Available Through Moto Maker

It is being said that Motorola want to release the Moto 360 with the Moto X+1 and make both of them available through the Moto Maker. Moto Maer allows users to personally customize their device and choose various options. With the Moto 360 being perhaps the best looking Android Wear smartwatch out there in our opinion, the possibilities for design available for users are very exciting indeed. Perhaps this is the reason that Motorola delayed the launch date of the Moto 360. The Moto 360 only had leather bands on display at the Google I.O, with Motorola being very secretive about the device. The device is to be available in two options, which are either black or steel. However, options for the wrist band are still very unclear. Motorola has expressed interest in offering metal, sporty rubber and leather wristbands for the device. As far as the launch date for the device is concerned, with the launch date of the previous Moto X being August last year, it can be expected that the Moto 360 is to be launched in the same time this year.