Mosaic Preview – Just Another Brick in the Wall

Have you ever felt like time is just repeating itself? The monotony of getting up on a morning, following the same routine, making the same trip to work. It's hard not to feel like there must be something better than this. I'm most certainly guilty of this when I'm going to work at the day job, I can't help but daydream about different, exciting things happening. More than a few times I've had thoughts running through my head of things like riots, sieges and more. That feeling you get, well Mosaic is that in the form of a game and I'm loving the look of it. 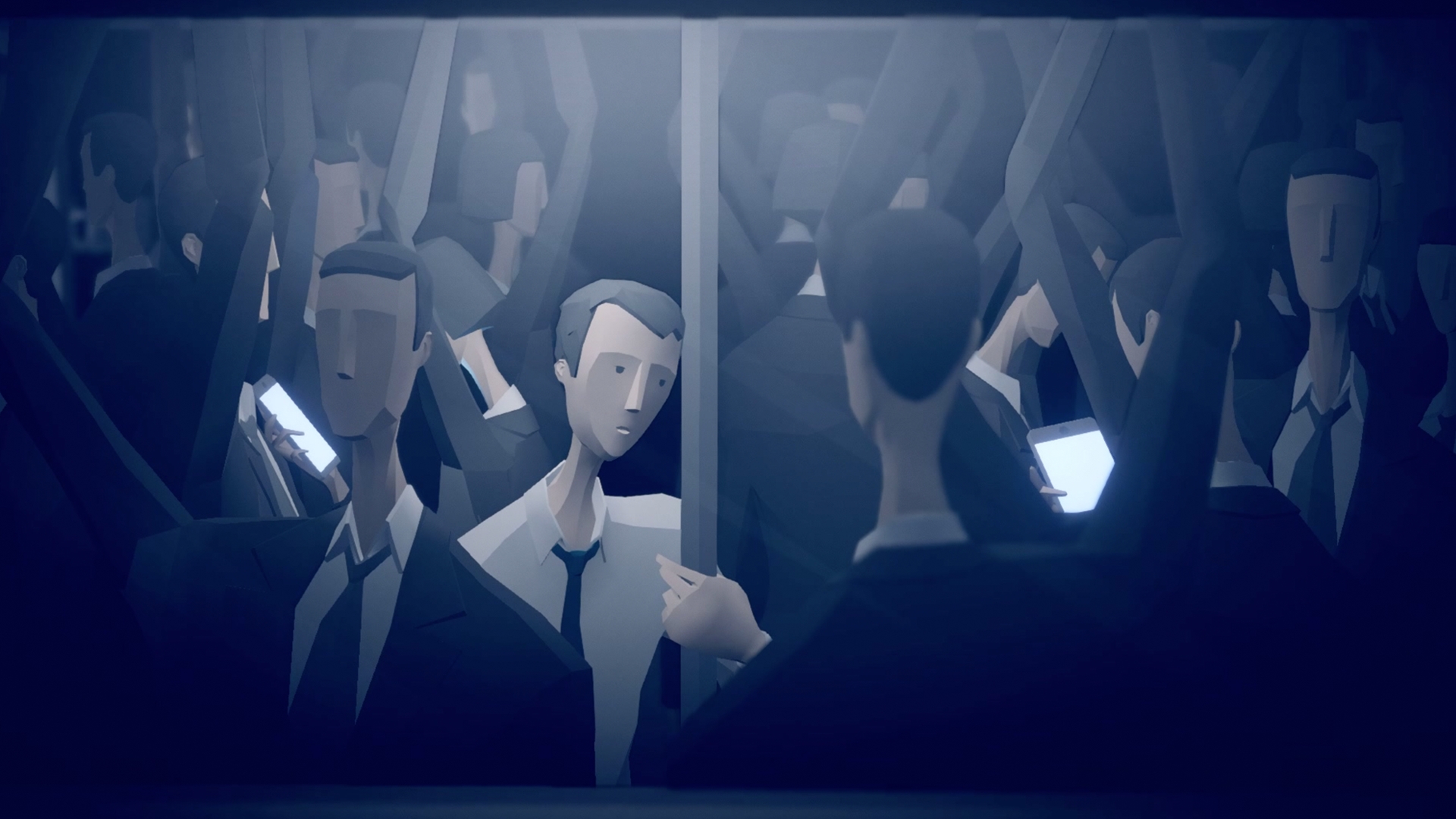 PlayStation 4 8GB GDDR5 RAM “Didn’t Really Change That Much for Us,” Says Among the Sleep PC Dev

Developed by Krillbite Studios (Among the Sleep), Mosaic is the journey of a working man's exhaustion and depression. Born from the exhaustion the developers themselves have suffered from in the past, where they would dream about not being in work, it's a story that most people can relate to. Though it doesn't necessarily have to be someone suffering from the weary nature of a job, I'm sure many can relate to the feeling of just running in circles, even when you're not at work, having very little to do or see.

Maybe it's a case of not having somebody to share it with, which is something the game really gets across with its script. Or lack of, to be more precise. It's said that a person speaks at least of 7,000 words per day. Here, well, your solitude essentially means that number is a lofty goal you would hope to achieve. Frankly, you're going to find that so much about Mosaic is what is presented visually, rather than audibly - though I will say that the audio is no slouch either.

Monotony and, for lack of a better word, despair, is something the game represents to well in both the way it plays and the way it looks. It's very stylistic in design, with the use of muted colours, mostly a grey-blue palette, which highlights the monotony and even sorrow of the day your character is going through. There are occasions where you will see brighter colours, representing something that can bring an element of happiness, but it's how you come across these that I like so much. No, I don't have a screenshot of any of those moments, instead, enjoy some more misery. 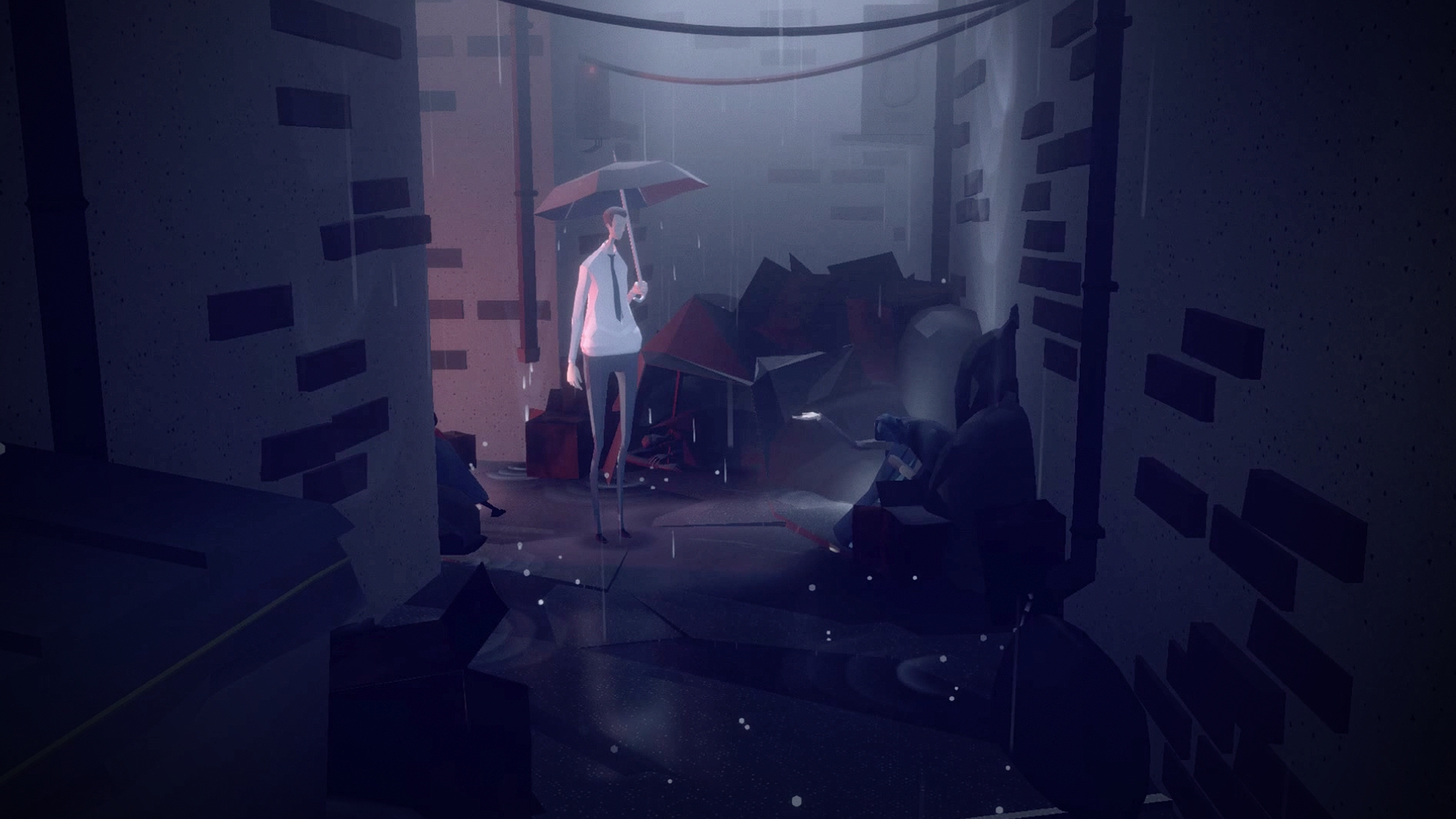 It's here where you'll find the core element of gameplay. We're all used to side-scrolling games, many of which are essentially "move right to win", well Mosaic wants to play on this. You certainly will be finding yourself heading right a lot, that's your path to work after all. However, it may be worth fighting this every once in a while. Spoiler here, but on what I think is the very first day, if you head left after leaving your apartment and look out of the window, rather than heading to work, it seems you see what may be the most beautiful of sunrises. It adds some colour to your life.

Daydreaming is also where the game really takes you for a stroll. Whether it's from the main character seeing a butterfly and then, in his imagination, actually being that butterfly. That's when you take control of it, in a skill-based puzzle section, flying through until the end - which I won't spoil. Maybe it's walking in one area and imagining himself having shrunk down to the size of an ant, where all the other workers' shoes are slamming down, he's trying to avoid getting crushed. It's imaginative and a lot of it is capped off by what I assume is his imaginary friend, a talking fish.

Moments like this are what sometimes make the day worth plodding through. I've had them myself, having seen some magnificent sights when simply driving to or from whatever destination I've been, so I can certainly relate to that feeling. It's something pure and serene. The game wants you to explore in this manner, though there are risks of course. Much like you have in real life, there is a schedule to meet. Veering too far, or getting too distracted, can have consequences.

Getting distracted is pretty easy as well, with the game giving you a phone - likely the bane of all productivity. You'll be receiving emails and messages, be able to read the news while on your phone, giving you some backstory and adding to the world-building. Best of all, you can play games on your phone. One such game is BlipBlop, a clicker which you can actually try out yourself if you want to (Android link, iOS link), all of which make a nice play on just how much of a time-waster real games of their ilk are. 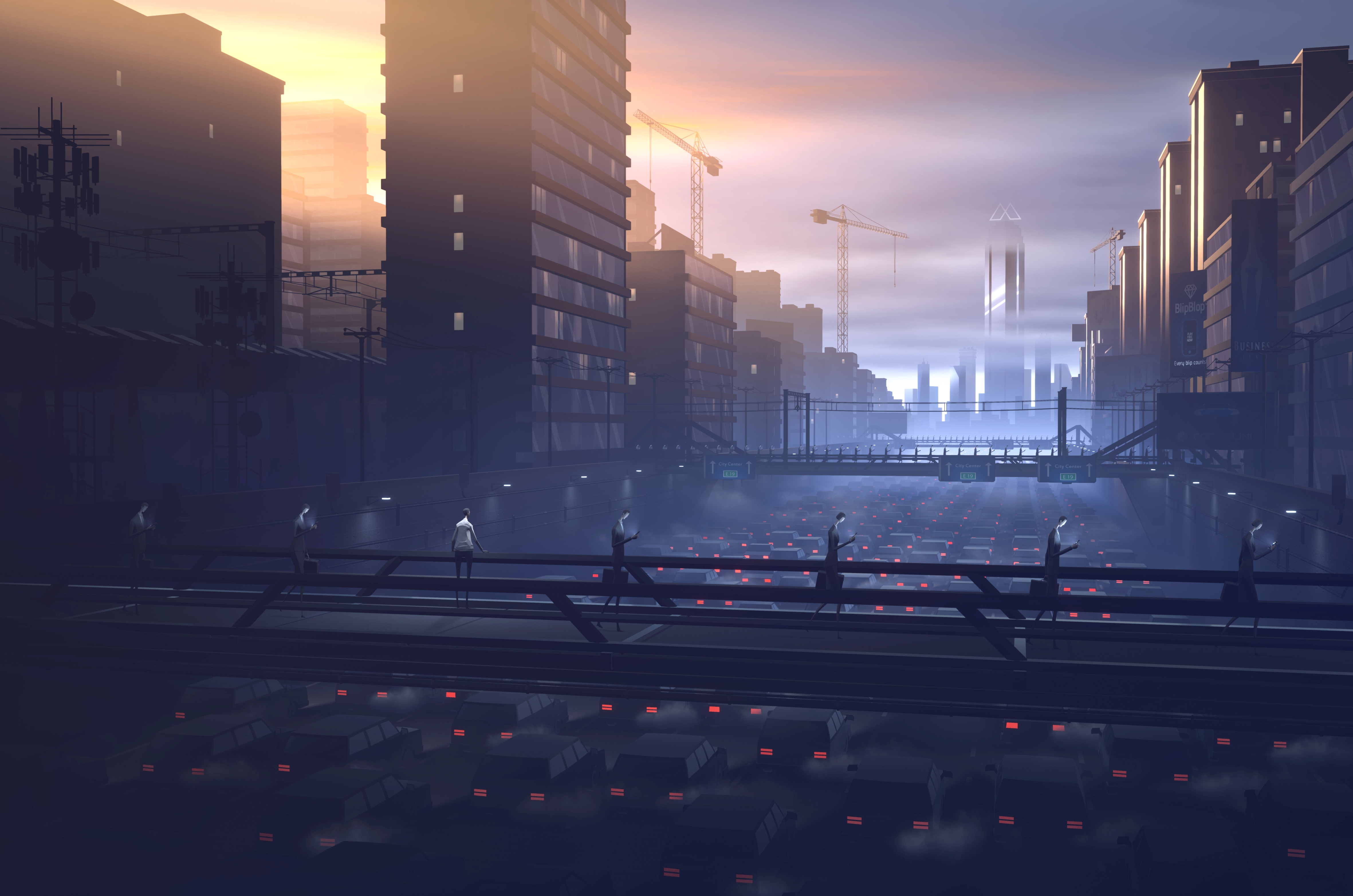 Mosaic is, from what I've seen, a beautiful game. There's little else that can be used to describe it, with a fantastic look and what can really be a poignant look at the day-to-day futility of life, when there's nothing there. That's what I've taken from it anyway. Another thing I've taken from it is that the soundtrack will be worth owning, and that's from just a few tracks, with Krillbite having included a variety of music styles from opera to Norwegian street musicians.

Mosaic is scheduled to release later this year on the PC and all consoles.