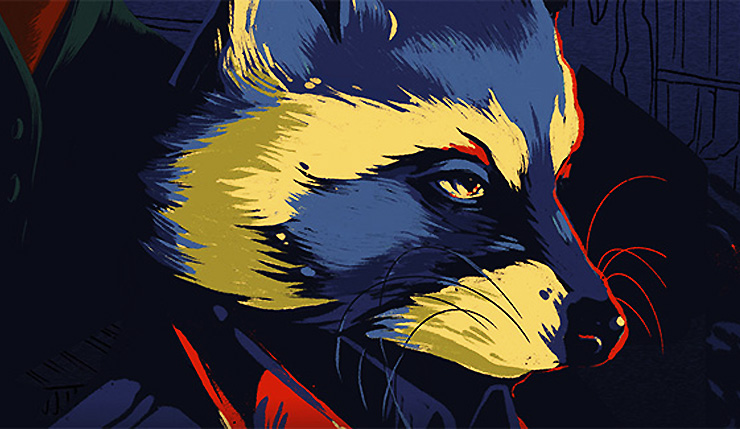 With E3 on the horizon, the next week is going to be an orgy of big game announcements, but before the AAA hype begins, let’s take a moment to spotlight something a little more quirky. From Canadian indie developer EggNut, Backbone is a concept that feels like it could have sprung directly from the mind of LucasArt vets like Tim Schafer or Ron Gilbert, as you play as a scruffy raccoon detective in a dystopian Vancouver populated by talking animals. Solve a dark mystery while resisting the urge to reach out and pet all the suspects! You can check out the launch trailer for Backbone, below.

Backbone is a post-noir roleplaying detective adventure, in which you step into the shoes of raccoon private investigator, Howard Lotor, and explore dystopian Vancouver, BC, beautifully rendered in high resolution pixel art. After years of small-time cases, lonely evenings, and just barely scraping by, Howard is swept into a job unlike any other before it. What starts as a menial case slowly unravels into something much darker, pitting Howard against the oppressive, systemic power hierarchies of the City itself.

Backbone is available now on PC (via Steam, Epic, GoG, and PC Xbox Game Pass). Xbox One, PS4, and Switch versions scramble onto the scene later this year.