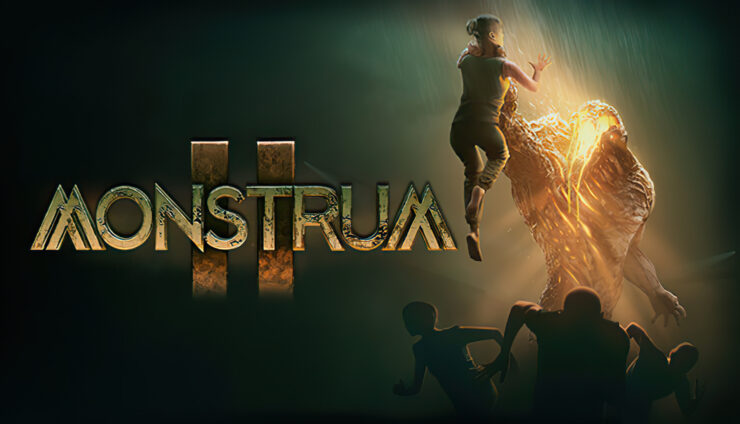 The concept of Monstrum 2 is simple. A team of four escaped prisoners must survive on a facility in the middle of the sea while a monster runs around. The team must turn on the power and secure the exit by finding resources and flipping power switches, all while hiding from the creature which is controlled by another player. I adore these asymmetrical multiplayer titles, and I don't think a hybrid of the concepts you see in games like Payday and Dead by Daylight is a bad idea on paper. But Monstrum 2, in practice, is a bit of a mess.

Let's be clear, I played Monstrum 2 as part of a closed beta, and there are still several months before the proposed release date. Monstrum 2 as it is right now, and as it will be at the time of launch, are two different beasts, and I have high hopes that the team can tighten up the experience by then, but as of right now, I'm not that impressed.

Assuming you're playing as a prisoner, your job is to flip the power switches so you can reach the exit, and the location of those power switches might not be too obvious. In fact, the entire area is procedurally generated, though you might not be able to tell what has changed game-to-game amid all of the darkness and panicked running. You'll be picking up resources, such as health, hammers, and key items, and hiding from the monster. 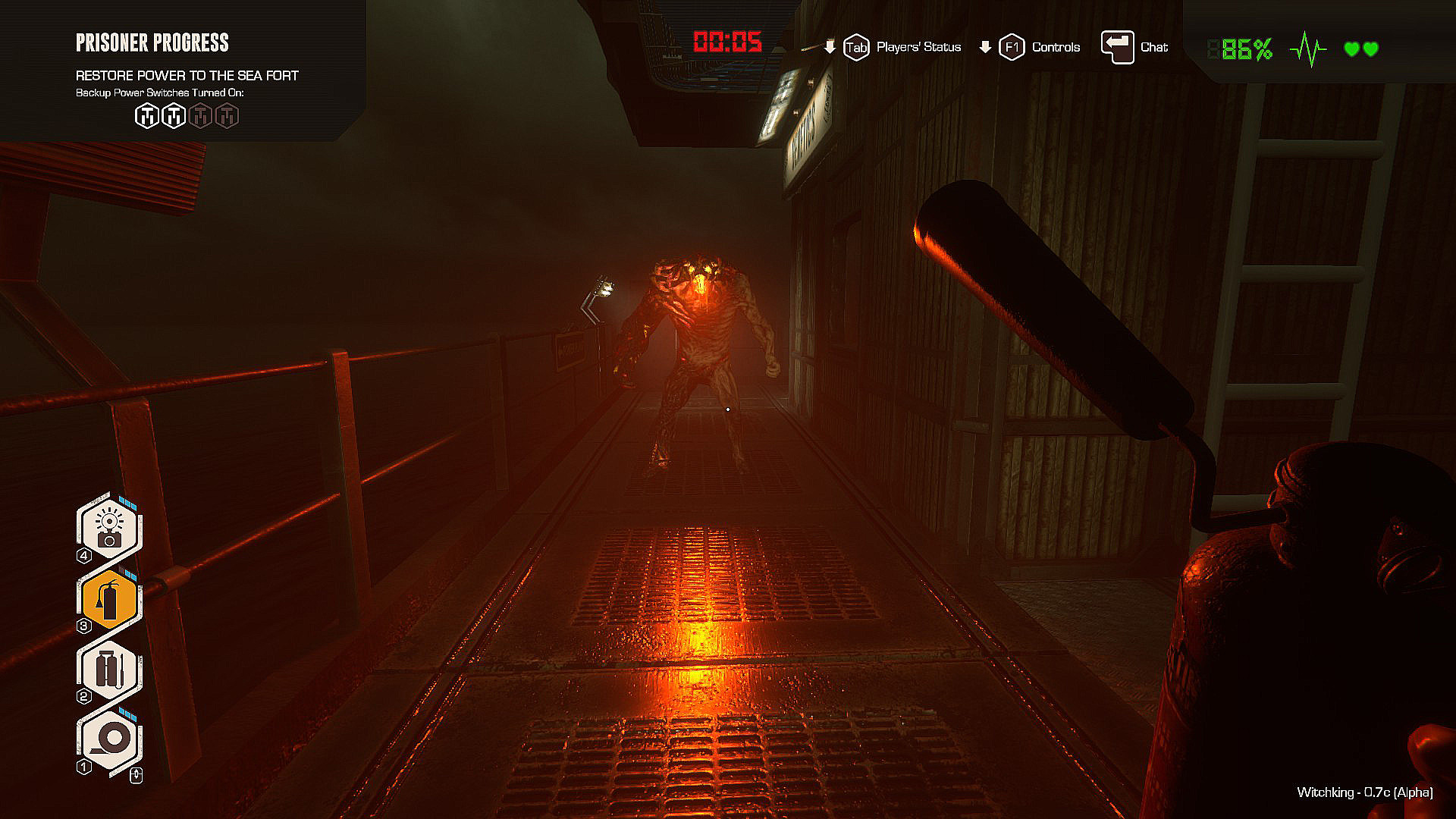 It's not the most immediately easy game to decipher. The limited controls the beta explains to you before throwing you into the game doesn't explain everything, nor does it explain how one actually succeeds. You find power switches, some of them are just there ready to be flipped, but others will require you to find and plug in fuses, open up the switch with a blow torch, cut cables, smash through walls, swipe keycards, and more.

The problem isn't just finding where the switches are located though, it's also the case of finding where the items to open them up are, and then keeping track of those mentally. Luckily you can type and chat with your team and ping items to let your team members know where things are, but if your team isn't cooperating, you won't get far. This is certainly designed with a team of four players in mind, and a team that knows each other before jumping in. With friendly banter and cooperation, Monstrum 2 has a lot of potential. Without it, it's a bit disappointing.

The areas do at least feel dynamic when you navigate them, and you wouldn't immediately know any of it is procedurally generated, which is likely where the team has been focusing their efforts. When moving through the areas you can jump through windows and smash down broken walls with a sledgehammer, making your own pathways, but also opening up more movement space for the monster. 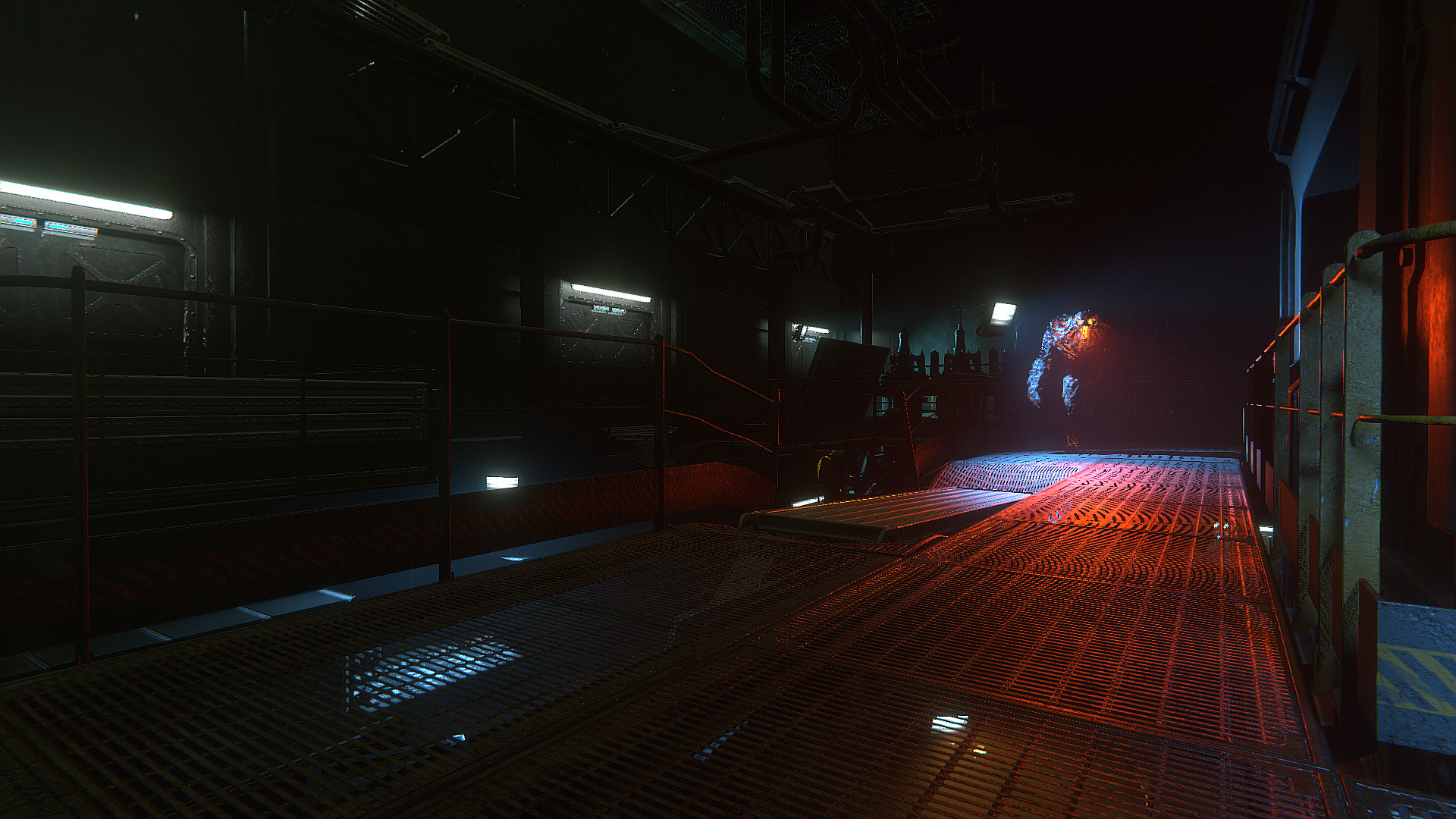 Playing as the monster is a far more lonely experience. You simply run and chase the prisoners, attacking them whenever you can. Prisoners can respawn once, but if they die twice they're out of the game. While prisoners explore the facility they'll likely be spotted by cameras and make noise, which you can use to hunt them down. It's a far less interesting experience than being a prisoner on the run, though being able to mow down all of your prey is certainly satisfying.

But what permeates throughout this game right now is just a lack of polish. Interacting with items, looking at the models for the prisoners or the monster, the inventory system, all of it is just asking for another pass and some tightening up. As it stands right now Monstrum 2 is an asymmetrical multiplayer game with a lot of potential, but until it gets a few significant adjustments and upgrades, I'll be withholding my recommendation.

Monstrum 2 is a game you should watch (and add to your Steam wish list) if you love jumping in and playing with a group of friends, but if you prefer playing your horror games solo then it might be best off avoiding this one, as playing either solo or as a monster is a fairly underwhelming experience. But keep your eyes on Monstrum 2, and wait for our definitive review later this year so you know whether or not it's one to play with friends.