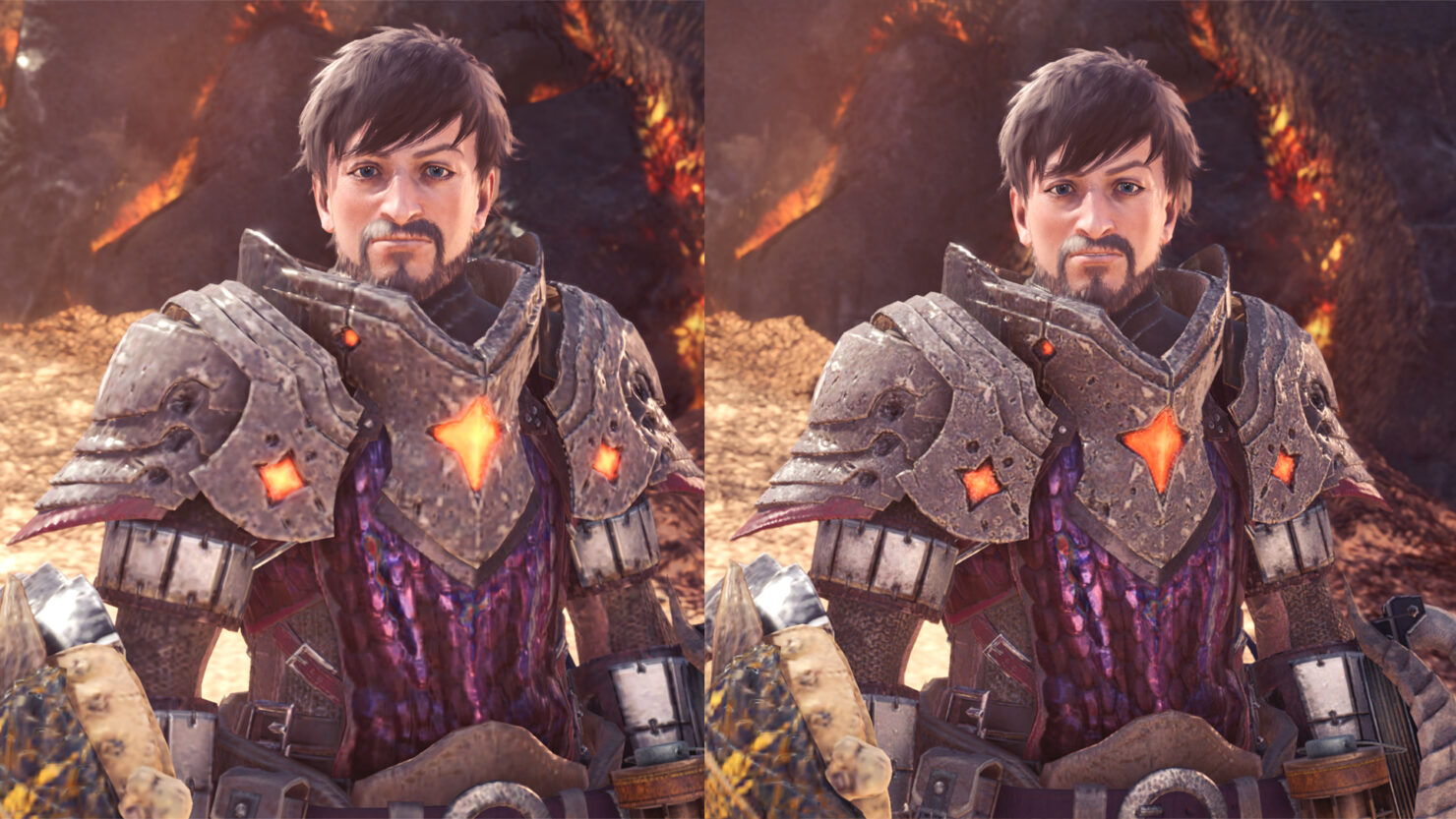 Monster Hunter World has been released earlier this month on PC, but the port comes with a few issues that Capcom has yet to fix. Thankfully, modders are finding ways to do so before an official fix gets released.

A couple of days ago, MHVuze released the Crude Low Texture Resolution Workaround mod, which improves texture quality considerably in some cases.

This is a crude workaround until Capcom addresses the blatantly obvious texture issues in some places (see comparison screenshots).
Definitely not a fix for the problem and it might introduce other visual curiosities even if I haven't noticed any.
Currently adresses player, armor, NPCs and weapons.

Tested and working with game build 151910.
Use at your own risk! Play in offline mode if you fear a ban or whatever.

Note:
If you used "dirty" transmog tools that shuffle around NPC/weapon/player/armor textures or texture replacements, rename your nativePC folder before running this. (I'd recommend keeping and updating a copy of said folder for when you want to remove or update this workaround, so you can just nuke nativePC and restore your other mods.)
Then, after the steps below are completed, copy back the contents of that renamed folder to nativePC.
If you have to overwrite texture files in the process, those will likely suffer from the low resolution issue again.