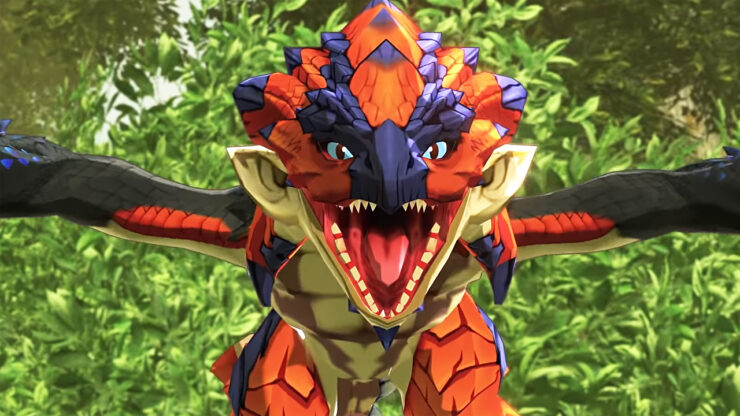 2021 is set to be a big year for Switch-owners with a penchant for killing giant scaly beasts, as Capcom is delivering both Monster Hunter Rise and the more story-driven, BOTW-inspired Monster Hunter Stories 2: Wings of Ruin, the latter of which now has release date today for Nintendo Switch…and PC! While it was hinted at previously, it’s been confirmed the game will be available on Steam from day one.

Capcom also dropped a new Monster Hunter Stories 2 trailer, showing off the game’s slick cell-shaded visuals, some of the game’s characters, and the birth of the adorable baby Rathalos you’ll be riding. We also get our first look at the game’s co-op multiplayer quests (unlike the core Monster Hunter games, the Stories spin-off titles are primarily single-player affairs). Check out the trailer for yourself, below.

Looking good! I like my RPGs with a little more story, so this might be the Monster Hunter for me this year. Haven’t been keeping up with Monster Hunter Stories 2? Here’s a basic description…

Explore the vibrant world of Monster Hunter Stories 2! Hatch, raise, and live alongside monsters as a Monster Rider in this fun-filled RPG set in the Monster Hunter universe. Our epic tale begins with the mass disappearance of Rathalos from around the world. At the start of the story, you meet a Wyverian girl who knew your illustrious grandfather, Red. She has been entrusted with an egg, but what's inside it? The fate of the world hangs in the balance as the exciting narrative about the Wings of Ruin unfolds.

Monster Hunter Stories 2: Wings of Ruin launches on PC (via Steam) and Switch on July 9.