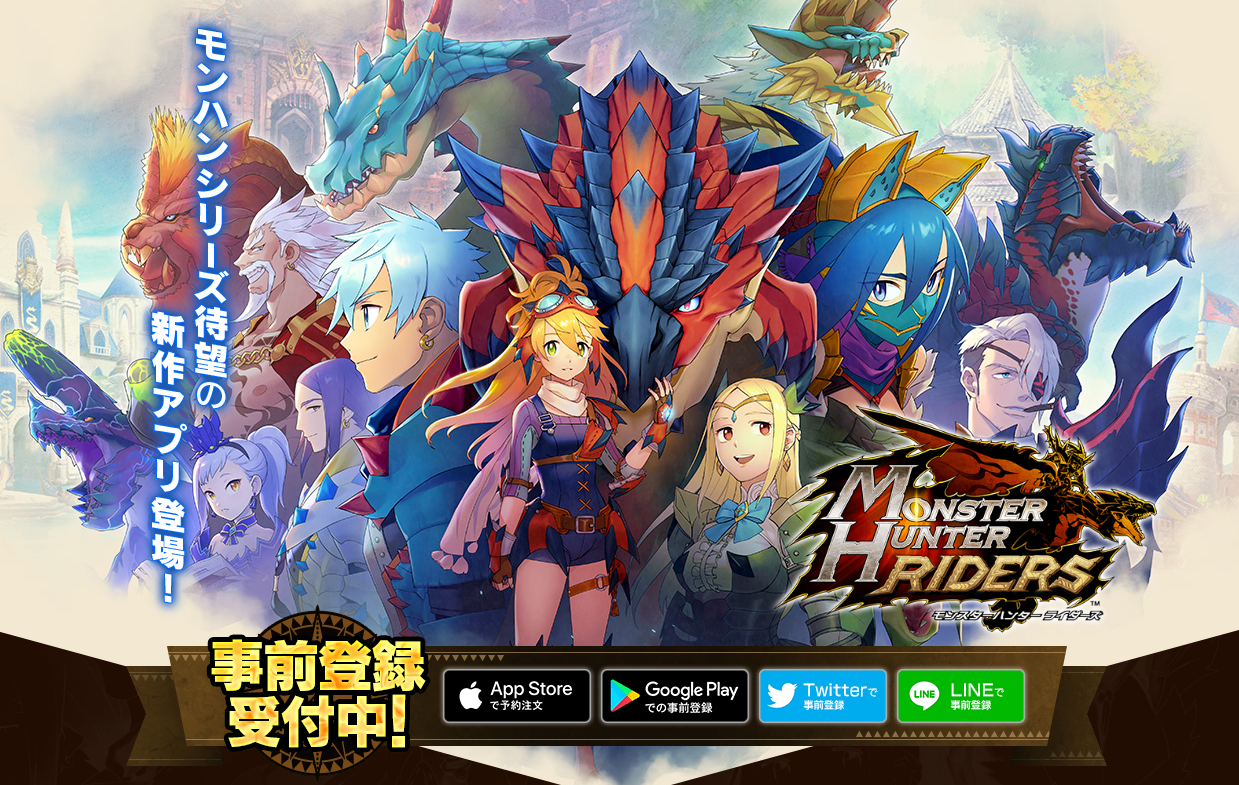 Capcom just announced a mobile game based on its popular Monster Hunter franchise. Dubbed as Monster Hunter Riders, the game is set in a universe where monsters and riders coexist. The game will feature popular monsters from the franchise with more to be added in future updates. Your aim is to find out why peace is being disrupted in the land. Here's the game's trailer:

Monster Hunter Riders retains the core animation style of the franchise, and prima facie, the port looks like it took some time and effort to create. Little more is known about the game as it is yet to be released. The App Store listing mentions February 29th which is likely when the game hits iOS and Android in Japan. Users based in Japan can pre-register for the game as of today. Here's how you go about it

Monster Hunter Riders requires iOS12, iPhone6s or later for Apple devices and any Android phone running Android 6.0 Marshmallow. There are also some pre-registration bonuses up for grabs. 100,000 pre-registrations will get you an Otomon Dumpling Piece, 1000 Rider Ores, and 2500 Zeny whereas 200,000 will get you 3 Rio Leia eggs and one Otomon Rio Leia gift. Let's hope that Monster Hunter Riders gets an English release in the future. You can check out the official website (in Japanese) for more information.