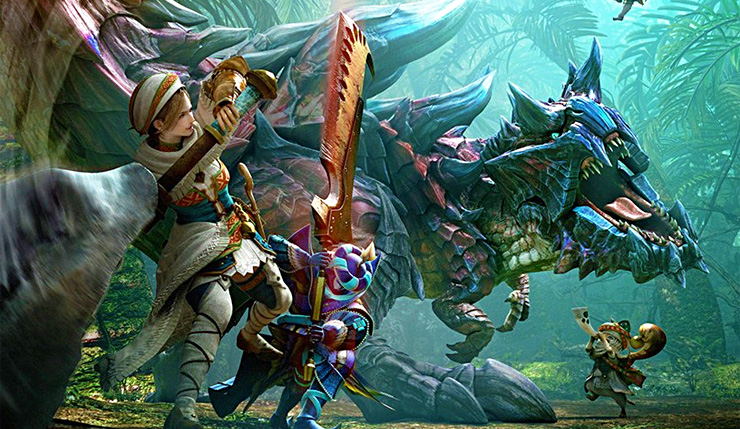 For years, the Monster Hunter franchise was closely associated with Nintendo systems, but that changed with the release Monster Hunter: World, which is only available on Xbox One and PS4. What are Switch owners looking to chop up some dinos to do? Thankfully, they’ll soon be able to get in on the fun, as Monster Hunter Generations Ultimate is coming to the Switch this summer.

Monster Hunter Generations first came out on the Nintendo 3DS back in 2015, with the Ultimate version being an HD upgrade specifically designed for Switch. Generations offers a more traditional Monster Hunter experience, so if you thought Monster Hunter: World changed too many things about the venerable franchise, then this game is for you. You can check out a trailer and official description for the game, below.

The highly anticipated Monster Hunter Generations Ultimate marks the series debut on Nintendo Switch! Hunters can face off against the series largest roster of unique monsters in this nostalgic look back at the series beginnings and evolutions. Take on the role of a brave hunter on an adrenaline fueled adventure challenging larger than life beasts.

For newcomers to the series, the gameplay features ton of powerful super moves called Hunter Arts that can be executed with a quick tap on the touch screen. Players can experiment and choose from six different Hunting Styles including two new ones called Brave Style, which rewards players with new moves for landing successive attacks, and Alchemy Style, a support style that grants the ability to creating useful items on the fly during combat. Hunters are encouraged to explore and customize the experience between quests to find the most personalized playstyle.

Monster Hunter: World has been a huge success for Capcom, selling a whopping 7.9 million copies already, so it will be interesting to see how Generations does on the Switch. Are Western gamers willing to give another Monster Hunter experience a try, or are they specifically into World?