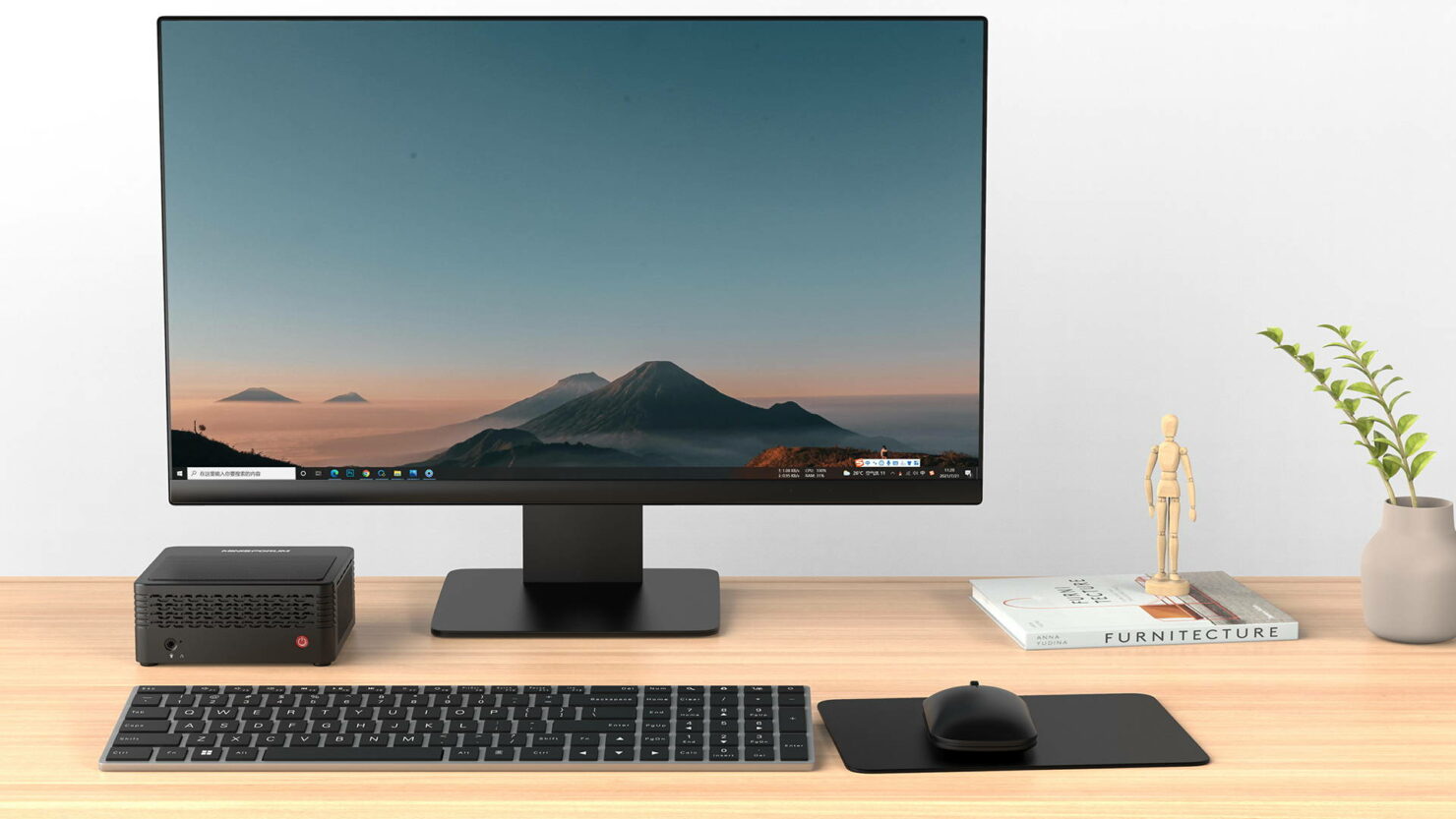 As for the specifications, the EliteMini X500 will feature the AMD Ryzen 7 5700G 'Zen 3' APU that rocks a base clock of 3.8 GHz, a boost clock of 4.6 GHz, 16 MB of L3 cache, & a TDP of up to 65W. The chip also features 8 Vega Compute Units for a total of 512 stream processors that operate at 2000 MHz. The integrated graphics are what will be powering the visual and display capabilities of this PC. As for memory, you get support for DDR4-3200 memory speeds but retail PCIe Gen 3.0 on the I/O front.

Talking about other internal components, the MINISFORUM EliteMini X500 rocks an STX board and has an aluminum-finned heatsink solution that features a 120mm fan. The whole unit comes in a clam-shell casing made out of plastic which features several vents to blow hot air out and PC I/O on the unit includes 1 HDMI, 1 DP, 2 Gigabit Ethernet Ports, 4 USB 3.1 Gen 2, 1 Clear CMOS, 1 MIC In & a Power button. The whole unit when assembled weighs in at 980g and measures 62x154x153 mm (h*l*w). You get one standard SSD option & expandability through an extra 2.5-inch SSD/HDD bay.