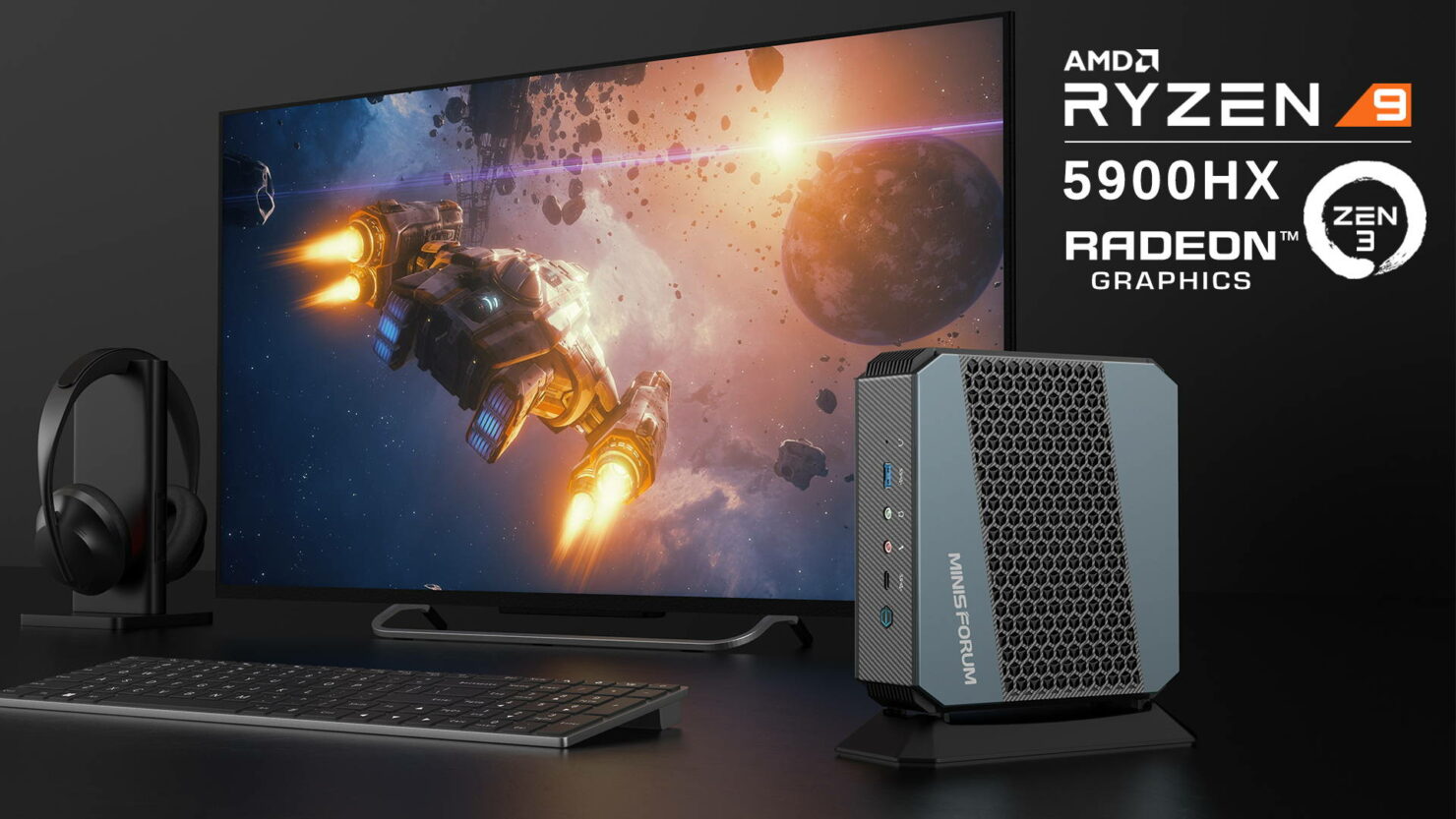 More and more AMD Ryzen 5000H 'Cezanne' powered Mini PCs are entering the market segment with the latest one being from MINISFORUM who have unveiled their Ryzen 9 5900HX powered EliteMini HX90 system that starts at $729 US.

The EliteMini HX90 PC is an exclusive design by Minisforum which is aimed at SFF & Mini PC users. It is titled as the strongest Mini PC Ever and the barebone kit features a price of $729 US (higher for more premium configurations). This is one of the two Mini PCs to feature an AMD Ryzen 5000H series processor with the other being MicoFine Focus's design which is also built in collaboration with Minisforum.

Coming to the technical details, the system is packaged within a carbon fiber composite material which offers a rich texture with very high strength and good thermal conductivity. The EliteMini HX90's body is also resistant to corrosion thanks to the use of premium build materials.

Within the chassis is a Mini-STX motherboard featuring the embedded AMD Ryzen 9 5900HX CPU, dual DDR4 SODIMM slots, a single M.2 2280 NVMe SSD slot, a single 2.5" HDD (SATA III) slot, and an M.2 WiFi/BT port (NGFF) which includes a WiFi 6 and Bluetooth 5.1 AIC. The CPU comes with a large active heatsink cooler attached to it and also features liquid metal thermal paste to boost cooling performance. The cooler is said to operate at around 30dB under full load and only spins up when the system reaches a certain temperature threshold.

The chassis has vents included on three sides (1 x top & 2 x sides) for heat dissipation. The whole chassis measures 195x190x60mm and weighs in at 1220 grams. The maximum power is rated at 119.7W and is supplemented through a DC 19V power adapter.

The AMD Ryzen 9 5900HX offers 8 cores and 16 threads. The chip features 16 MB of L3 cache and 4 MB of L2 cache. The base clock for the chip is rated at 3.30 GHz and the boost clock is rated at 4.70 GHz. Other features of the chip include an enhanced Vega GPU with 8 compute units or 512 cores that are clocked at 2100 MHz & also overclocking support which is a first for AMD on the notebook segment. It will be interesting to see how much of an overclock could be achieved with the Mini PC. 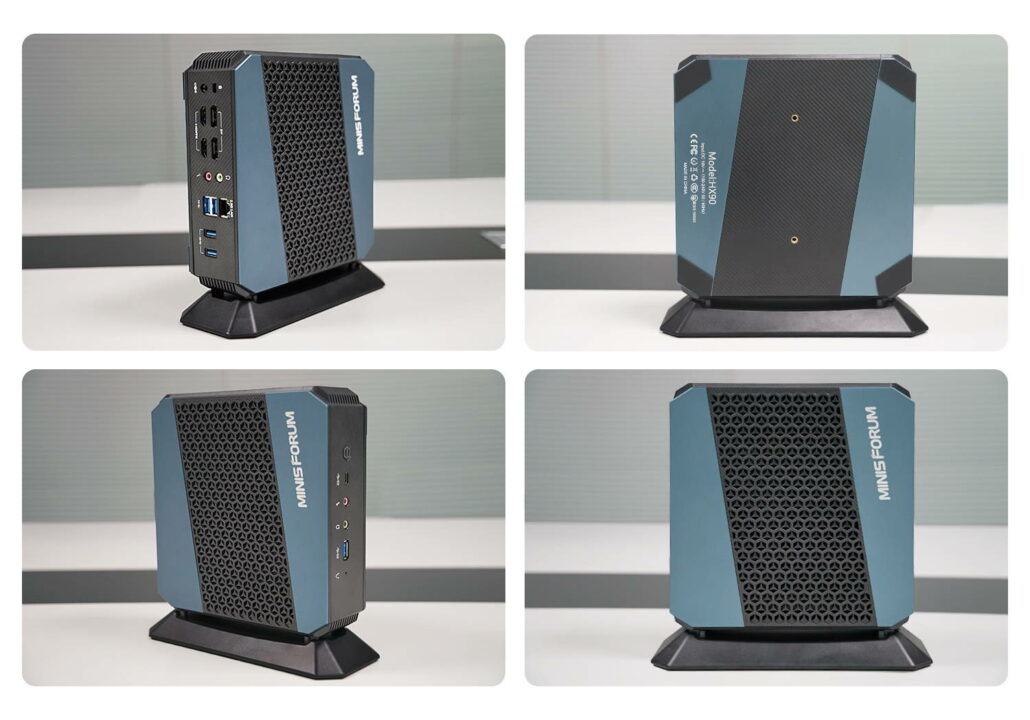 For I/O, The Minisforum EliteMini HX90 features 5 USB 3.0 Gen 1 ports, a USB Type-C port, power input, two DisplayPort & two HDMI ports, a single RJ45 LAN Port (2.5GbE, audio/mic jacks on the front and back, & Kensington lock. The whole system comes with a power adapter, an HDMI cable, a USB cable, a mounting bracket, a User Manual, and a computer stand as part of the accessories.