3 Million fans of Minecraft have downloaded "scareware" apps on their phones and tablets from the Google Play Store. Security research firm has discovered 33 fake scareware apps on Play Store in the last 9 months that claim to give you Minecraft cheats and tips. 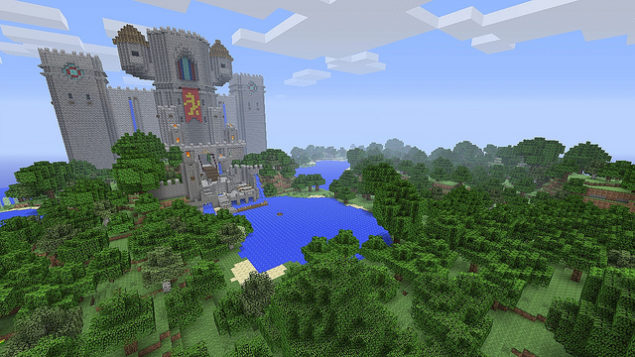 Many gamers search on the internet for cheat sheets and tips to play and increase their scores on their favorite games but seems like it's not always a good idea. While there is no harm in reading the cheats from trusted sites, you can't always trust the apps on Google Play Store. Disguised as cheats, these apps are a just a way of developer to hack some money from the users,

"All of the discovered apps were fake in that they did not contain any of the promised functionality and only displayed banners that tried to trick users into believing that their Android system is infected with a dangerous virus." ESET researcher's post

Notice the researcher saying the app tricked users into "believing that their Android system is infected." Once downloaded, all these 33 fake Minecraft cheats apps showed banners to the user that a dangerous virus had infected their Android devices.

After tricking users into believing this, the app also gives a pop-up alert to the victims with a clever option of removing the virus from their device. When this option is clicked, premium SMS subscription service is activated, costing €4.80 a week.

Another discovery made by the firm is that possibly same developer is responsible for all of these different Minecraft cheats and tips apps with different names and design.

They were uploaded to the [Google] Play Store by different developer accounts, but we assume that these were all created by one person.

Research firm ESET responsible for this discovery explains that all the users thought it was a genuine app as they didn't receive the notification that comes when downloading apps from third-party websites as the apps came from the Play Store.

While these Minecraft cheats apps have since been removed from the Store, it is advised to always be cautious when you download apps from the Play Store. Until Google fixes this very old issue of malicious apps, it is essential to be careful especially when downloading the apps come from unknown sources.