Might & Magic Heroes: Era of Chaos Up for Pre-Registration Next Week 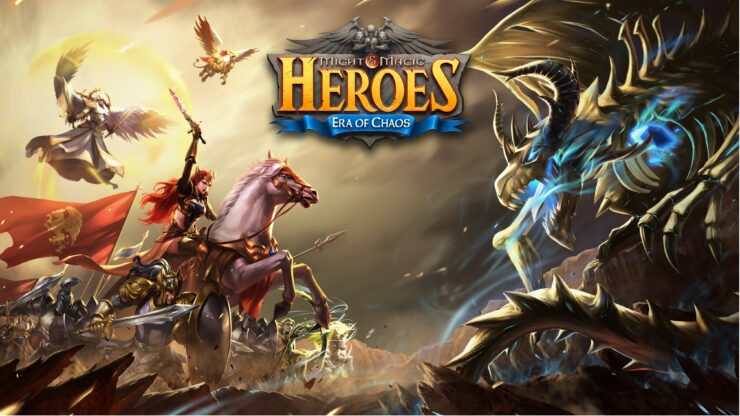 Ubisoft just announced that pre-registrations are now open for its upcoming free-to-play game Might & Magic Heroes: Era of Chaos. The game is a mobile-friendly version of the original Might and Magic franchise and will feature all the same characters from the original series.  The game lets players control their characters in a new tactical RPG experience. It has both single-player and multiplayer modes, including a campaign that takes them through the events of Heroes of Might & Magic III. Players who already own the game can pre-register to receive an exclusive hero skin, Pirate Catherine, and a Legendary Pack when the game launches. It'll be interesting to see how Ubisoft handles this, considering their previous project— The Mighty Quest For Epic Loot— was rather lackluster. Here's a look at the official game trailer.

Following the story of Heroes of Might & Magic III, the campaign in Might & Magic Heroes: Era of Chaos takes players back to the land of Erathia. After the disappearance of King
Roland Ironfist of Enroth, his wife, Queen Catherine, is left to rule alone. Meanwhile, her
father, King Gryphonheart of Erathia, is assassinated. Without the King, the
kingdom of Erathia falls to the dark forces. Queen Catherine returns home to Erathia, seeking
to rally the people of her homeland and lead them against the evil that has ravaged their
nation.

Might & Magic Heroes: Era of Chaos's campaign is one of nine game modes where players. Single-player PvE modes include Campaign, Special Modes, and Underground additional levels. In addition, multiplayer and guild modes will have players working together and competing with each other. The gameplay will focus on where and when you deploy your various troops. Once they've been sent into, the battle they'll automatically perform all of their actions. Once you've deployed your army, you'll still be able to influence their actions with heroes.

Heroes include characters such as Yog the half-human, half-genie, and Shiva, the barbarian. As you level up, you'll be able to unlock new hero abilities. Players can pre-register for now on the game’s official site to get the Pirate Catherine skin and a Legendary Pack of loot when the game launches by the end of the year.