Microsoft’s Kudo Tsunoda: “Sea of Thieves is the Best Game Rare has Ever Made”

Legendary studio Rare announced a brand new IP for Xbox One and PC, titled "Sea of Thieves". Rare revealed a gorgeous looking trailer for the game, which can be viewed below:

Microsoft Corporate VP, Kudo Tsunoda, claims that Sea of Thieves is the best game Rare has ever made

In an interview with OXM, Tsunoda stated:

“I think what you’re gonna see in Sea of Thieves as we go forward and start talking more about the game is how Rare is enabling that kind of player-generated emotional and memory-driven stories that can happen within a game to happen within Sea of Thieves. And I think that’s what Rare does well. That’s what we’re going to keep having them doing in the future. And Sea of Thieves is gonna be the best game that Rare has ever made.”

Given the huge pedigree of the studio, that is one big statement. Rare has a collection of their own 30 classic titles in Rare Replay, coming in 2015. 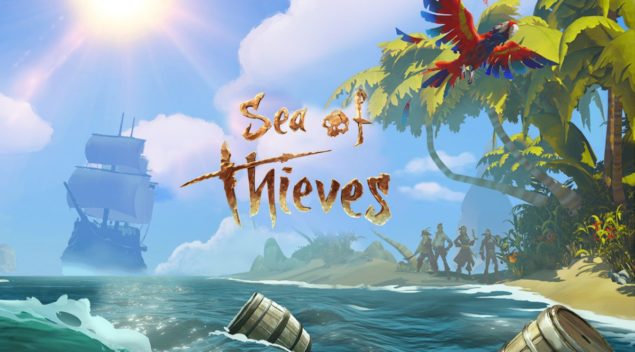 Sea of Thieves looks like an immensely promising title indeed. With a beautiful visual style, reminiscent of the Monkey Island series,  and akin to what a Disney cartoon Pirates of the Caribbean could look like, it will surely provide  an imaginative world to explore, and adventure in.

We will bring you any new information on Sea of Thieves, as soon as it becomes available.