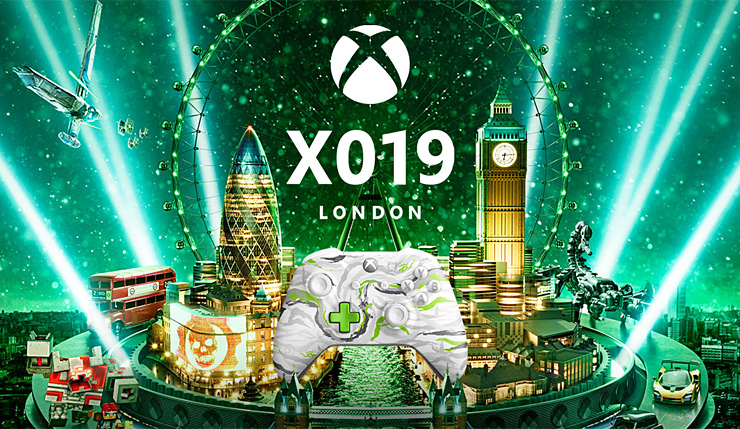 Tomorrow Microsoft kicks off X019, their annual celebration of all things Xbox, with an Inside Xbox show they’re promising is going to be “one for the ages.” We already know a dozen games from Xbox Game Studios devs will be there, including Wasteland 3, Minecraft Dungeons, and Microsoft Flight Simulator, but some juicy new rumors suggest some even bigger things are on the way.

#X019 kicks off with an episode of Inside Xbox you won’t want to miss.

These rumors come courtesy of Niko Partners analyst Daniel Ahmad, who’s proven to be a very reliable source of inside information in the past. According to him, Microsoft is preparing to announce new IP from arguably their two biggest studios – Rare and Obsidian. We can also expect release dates for major games like Wasteland 3, Bleeding Edge, Minecraft Dungeons, and more.

XO19 is worth watching tomorrow if you’re a fan of Xbox Game Studios.

The event will have solid 2020 release dates for XGS games like Bleeding Edge, Minecraft Dungeons and Wasteland 3. New IP from Obsidian and Rare. A shadow drop. Plus much more. pic.twitter.com/7n26jSrrKQ

Microsoft have been investing heavily in its studios, games and services.

Even with next gen around the corner, XGS have approx half a dozen titles scheduled to ship in 2020, prior to the Scarlett launch.

Game Pass will be a big focus as always, both for XGS and 3P.

It should be mentioned that Ahmad later clarified the “shadow drop,” will be Age of Empires II: Definitive Edition, which has already been confirmed for a November 14 release (check out our review here).

So, assuming these rumors pan out, what do you expect to see from tomorrow’s Inside Xbox? What might these new Rare and Obsidian IP be? I’d love to see Rare try their hand at a good old-school platformer again, but I’m willing to give whatever they do a chance. I assume Obsidian’s next thing is an RPG, but what genre will it be? They just did sci-fi with The Outer Worlds and have pretty thoroughly covered fantasy with the Pillars games – maybe something horror flavored?

X019 runs from November 14 to 16 in London. The Inside Xbox show kicks off on November 14 at 12pm PT. Keep it tuned to Wccftech for all the big announcements!