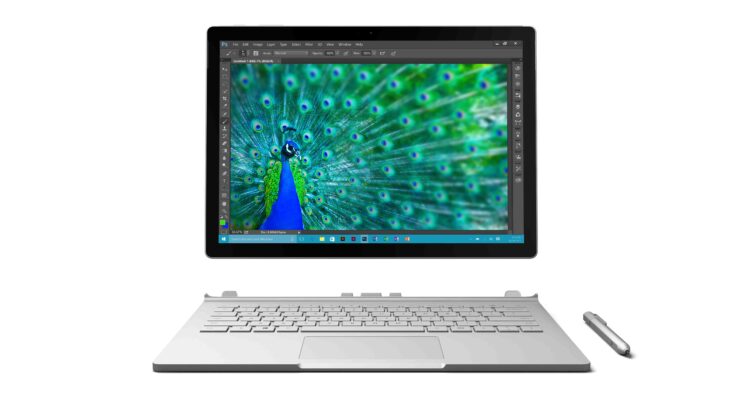 Microsoft released a new entry-level model of the Surface Book 2 nearly a year ago with a Core i5 at $1,499 and later reduced the price to $1,149. The Core i5 variant, unfortunately, is shipped with a seventh-generation CPU, which means it is dual-core and not quad-core, and also does not have a GPU, unlike the larger notebook running a Core i7. According to the latest info, the company is reportedly going to update the Surface Book 2 without increasing the price.

The report comes after various dealers in the U.S., Germany, and other regions prematurely listed the new model, as reported by WinFuture. As per the listing, the new model will be fueled by the Intel Core i5-8350U processor, which is a quad-core chip from the Kaby Lake Refresh lineup. It offers a base clock rate of 1.70GHz and it can increase to 3.60GHz for more power-intensive tasks. The new chip will offer 50 percent better performance than the i5 models when it comes to multi-core tasks.

Apart from the chip, other specifications will reportedly remain the same. So, the new model will presumably come with the same 13.5-inch PixelSense display with a resolution of 3000 x 2000 pixels and an aspect ratio of 3:2. Stylus support will also be there. Similarly, the model is also expected to offer a battery life of up to 17 hours. Aside from the quad-core processor, the notebook will reportedly have 8GB of RAM and a 256GB PCIe NVMe SSD. For connectivity, it will have two full-size USB 3.1 Gen 1 ports, the USB-C port that will most likely not support Thunderbolt 3, and an SD card reader.

It also appears that the new model will replace the current entry-level i5 model and it will no longer be available after the upcoming model hits the shelves. Apparently, the higher end model with the Intel Core i7-8650U processor will remain unchanged.

As mentioned before, the new model is expected to go on sale with the same price tag as its predecessor; $1,499 in the U.S. European customers will most likely have to pay €1569 Euros for the new variant, which is less than the €1599 price tag of the current model.