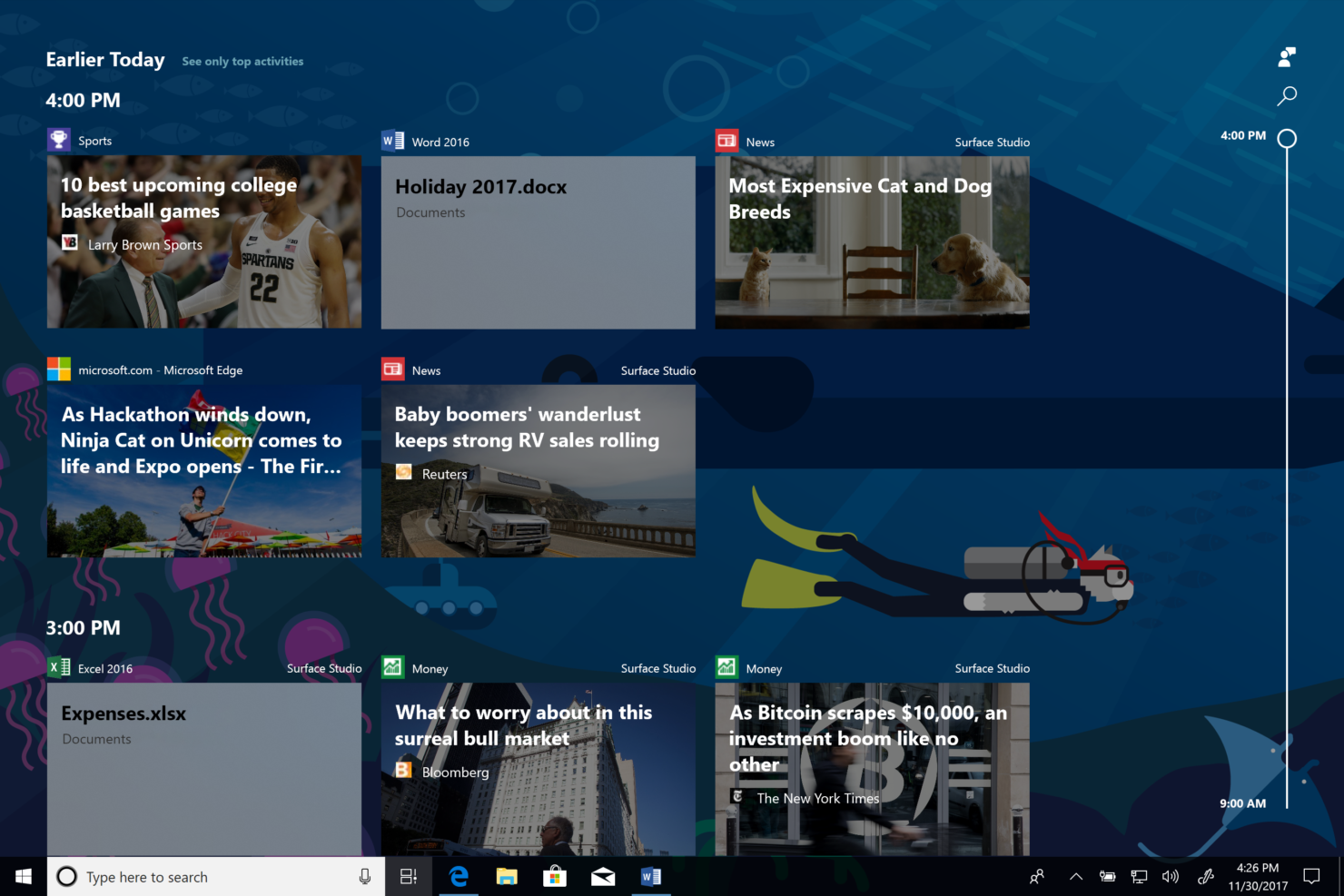 We normally share the complete changelog right in our post, but this Christmas build brings a little too much to Insiders. For more details about these new features, how to use Timeline, and to take a look at the known issues, head over to Microsoft.

- Earlier: Microsoft to Radically Change How We Work on Windows 10 With “Sets” and “Timeline”