Microsoft might very well be testing an Xbox Game Rental Service through the official Xbox Store separate from the Xbox Game Pass.

As posted on Twitter by AllGamesDelta, a screenshot has surfaced online which shows the Brazilian Xbox Store with the option to rent Forza Motorsport 7 for R$69,00 (roughly $21 USD) the period of 3 months. 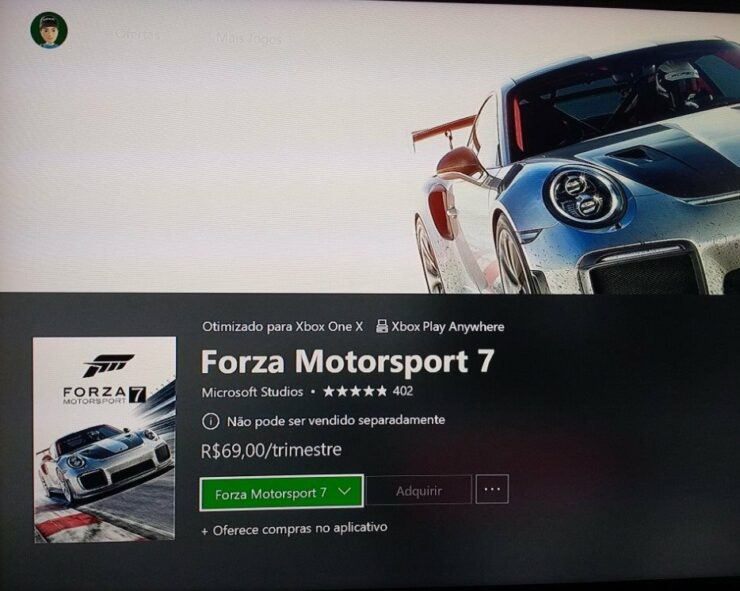 The service appears to be separate from Microsoft’s Xbox Game Pass, which offers subscribers access to a catalog of games for $9.99 USD per month.

The price appears rather steep compared to purchasing the full game, but the service would be in line with Microsoft’s new vision for offering digital content to their customers. Take this information with a bag of salt for now as nothing has been confirmed yet, and its unsure whether the screenshot is legit. On the NEOGAF forums, some are saying that Microsoft will actually be offering customers to ‘pay off’ their games in installments, although no source for this info was provided.

What are your thoughts on this? Would you rent a game for a 3-month period? How would this service affect the second-hand game market? Hit the comments below.