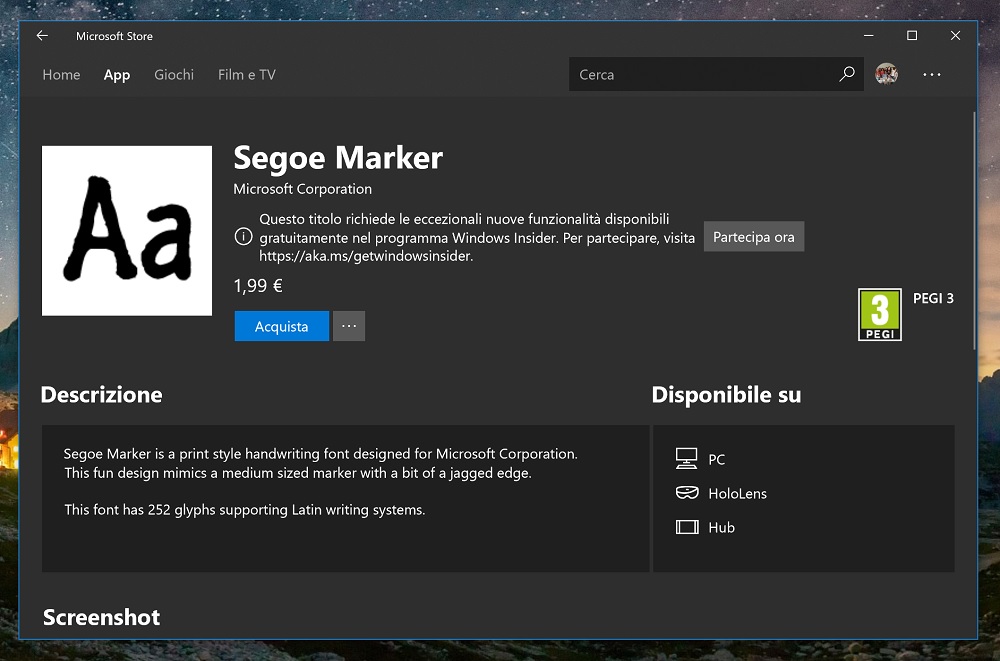 Microsoft announced in January that Windows 10 users will now be able to download fonts from the Microsoft Store. Windows Insiders who are on Windows 10 Redstone 4 17040 or later can install these font packages from the company's Store. The software giant also brought the ability for Insiders to customize fonts from the Settings app. It appears that the Redmond Windows maker had even more plans when it comes to fonts.

The company is reportedly planning to charge users for premium fonts. An Italian website has reported (via MSPU) seeing at least two instances of fonts carrying price tags on the Microsoft Store. What some had previously believed was just an error now appears to be a possible future revenue option for the company. Paid fonts named Buxton Sketch and Segoe Marker have been spotted with the price set at 1.99 euros.

With the release of Windows 10 as a Windows as a Service (WaaS) model, many questioned how the company was going to replace this consistently strong revenue stream. Users were also concerned if Microsoft was going to sell their data to make up for this lost revenue. With the company recently offering options to Windows 10 users to delete telemetry data and other privacy-focused tools, it appears it was also looking into alternative revenue options.

It remains unclear if these paid Windows 10 fonts will be launched with the Spring Creators Update or at a later date. However, it will be interesting to see consumer response to these premium fonts.

- We have written to Microsoft for a confirmation and will update when we hear something from the software giant.