Microsoft's E3 media briefing is over and the company made some very interesting reveals and announcements regarding their upcoming Next-Generation Xbox One gaming console. A handful of exclusive and non-exclusive titles were revealed at the event and the answer to one of the most important question was finally answered. 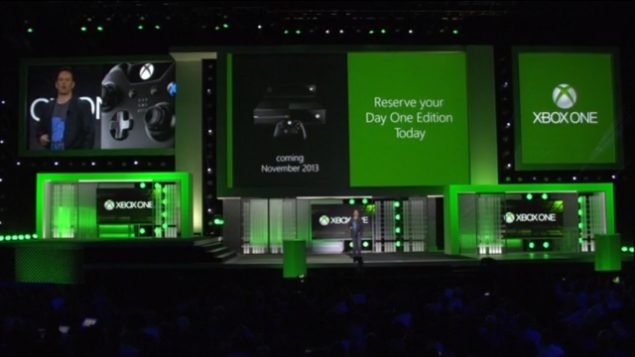 Image is courtesy of GameTrailers!

Xbox One Officially Launching in November 2013 For $499

Microsoft announced at the very end of their briefing that their Next-Gen Xbox One console would cost $499 in US, 499 Euros in Europe and £429 in the UK. The company also announced their Xbox One console would hit the retail channels officially and globally in November 2013, just in time for holiday season. The price point may be something what people weren't expecting atleast from the Xbox One since earlier rumors suggested $299 to $399  price points for both next generation consoles. But official words are official and the $499 price is what would get you a Xbox One in your hands at launch day or you can just Pre-order it know.

Microsoft also detailed latest features for their Xbox Live Service, for instance you are the owner of the Xbox 360 which already has a Live membership attached to it. Now if you want to use your Xbox Live membership to be carried over to the Xbox One, you can easily do so since the new console allows it and the benefits pass over to your friends and family. Xbox Live is also dropping MS Points for currency and would now use real world currency based on different regions which is a feature many users were looking forward to. The new Xbox Live service is starting from July 1st.

As far as specifications are concerned, nothing has been changed design wise or technically. The Xbox One still packs its AMD APU with 8 Jaguar cores and a Radeon graphics core that packs 12 compute units. It comes with 8GB DDR3 system ram and Blue-Ray that allows for higher capacity data input, in addition to the Blue Ray, the XBox One would also come with its own storage device which would either be an HDD or SSD solution (HDD sounds more accurate from cost perspective). The Xbox One comes with a wide variety of games which can be seen below at their respective links: