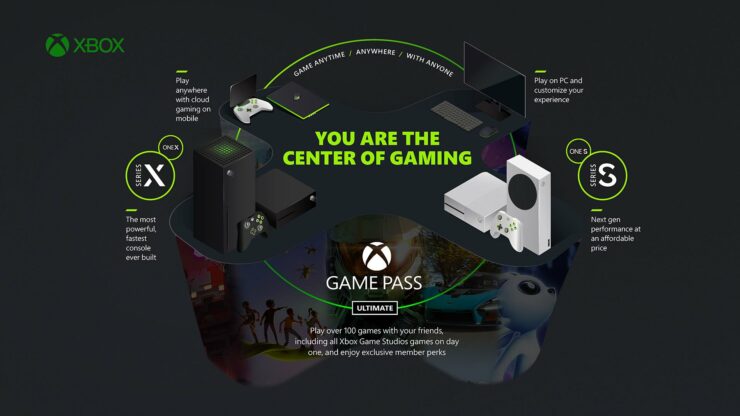 Ahead of its E3 2021 games showcase scheduled to broadcast on Sunday, June 13th at 10 AM Pacific Time, Microsoft announced its updated plans for Xbox and gaming as a whole.

Gaming is fundamentally aligned with our mission as a company. When you talk about Xbox’s mission to bring the joy and community of gaming to everyone on the planet, which I absolutely love, that is precisely aligned with Microsoft’s mission, which is to empower every person and every organization on the planet to achieve more.

As a company, Microsoft is all-in on gaming. Gaming is the most dynamic category in the entertainment industry. Three billion consumers look to gaming for entertainment, community, creation, as well as a real sense of achievement, and our ambition is to empower each of them, wherever they play.

We believe that Microsoft can play a leading role in democratizing gaming and defining the future of interactive entertainment. There are really three key areas where we believe we have an incredible competitive advantage: first, our leadership in cloud computing. Second, the resources we have to build our subscription service, Xbox Game Pass. And third, our overall focus on empowering creators.

Thanks to its huge roster of first-party Xbox Game Studios, Microsoft is now in a position to aim to release one first-party game per quarter on Game Pass. Furthermore, the goal is to deliver all of this content to billions around the world thanks to cloud gaming. To this end, Microsoft confirmed several upcoming initiatives:

You can find a brief video of Satya Nadella and Microsoft's Head of Gaming Phil Spencer discussing gaming below. The full transcript of their chat is available on Xbox Wire.