Microsoft Follows macOS: Creators Update Will Prevent You from Installing Apps Outside of Windows Store 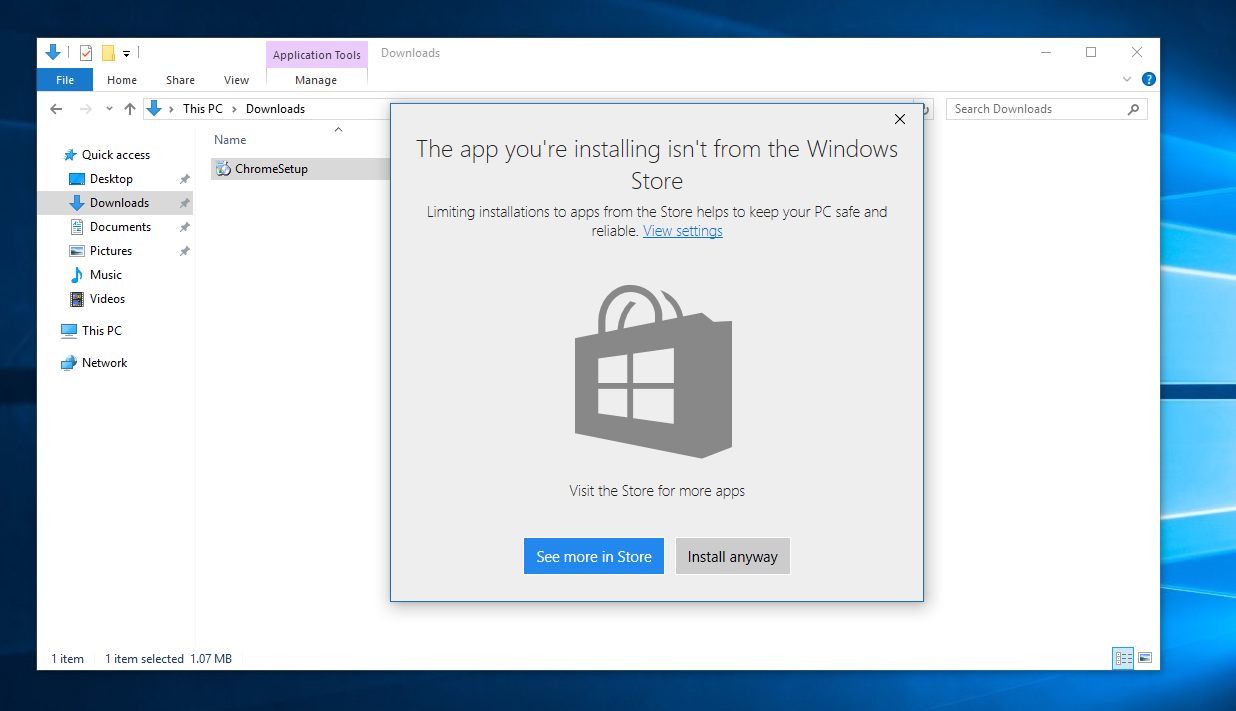 The upcoming Windows 10 Creators Update is feature-locked and will be rolled out to the public in April. While no major features changes or additions are expected at the moment, Microsoft is reportedly adding a last-minute feature that will allow Windows 10 users to only install apps from Windows Store.

Once you enable this feature, you will be able to prevent anyone from installing any rogue desktop apps from being installed. If you do try to install a Win32 app, Windows 10 will show a pop-up saying that the Windows Store helps to keep your PC "safe and reliable".

The new feature has two settings - you can either completely prevent installation of Win32 apps, or you can have the option to install them anyway from the warning dialog.

The new feature appears to be similar to an earlier rumored version of Windows 10 called "Windows 10 Cloud" which will only work with Windows Store apps. Following the reports of Windows 10 Cloud, many - including Epic Games' Tim Sweeney - called the approach anti-competitive. However, we are yet to hear anything from Microsoft about Windows 10 Cloud officially.

While it's unclear whether the feature will remain opt-in only, Microsoft appears to be following Apple's strategy that has helped the Cupertino tech giant keep macOS largely safe from malware campaigns by preventing users from installing unsigned apps.