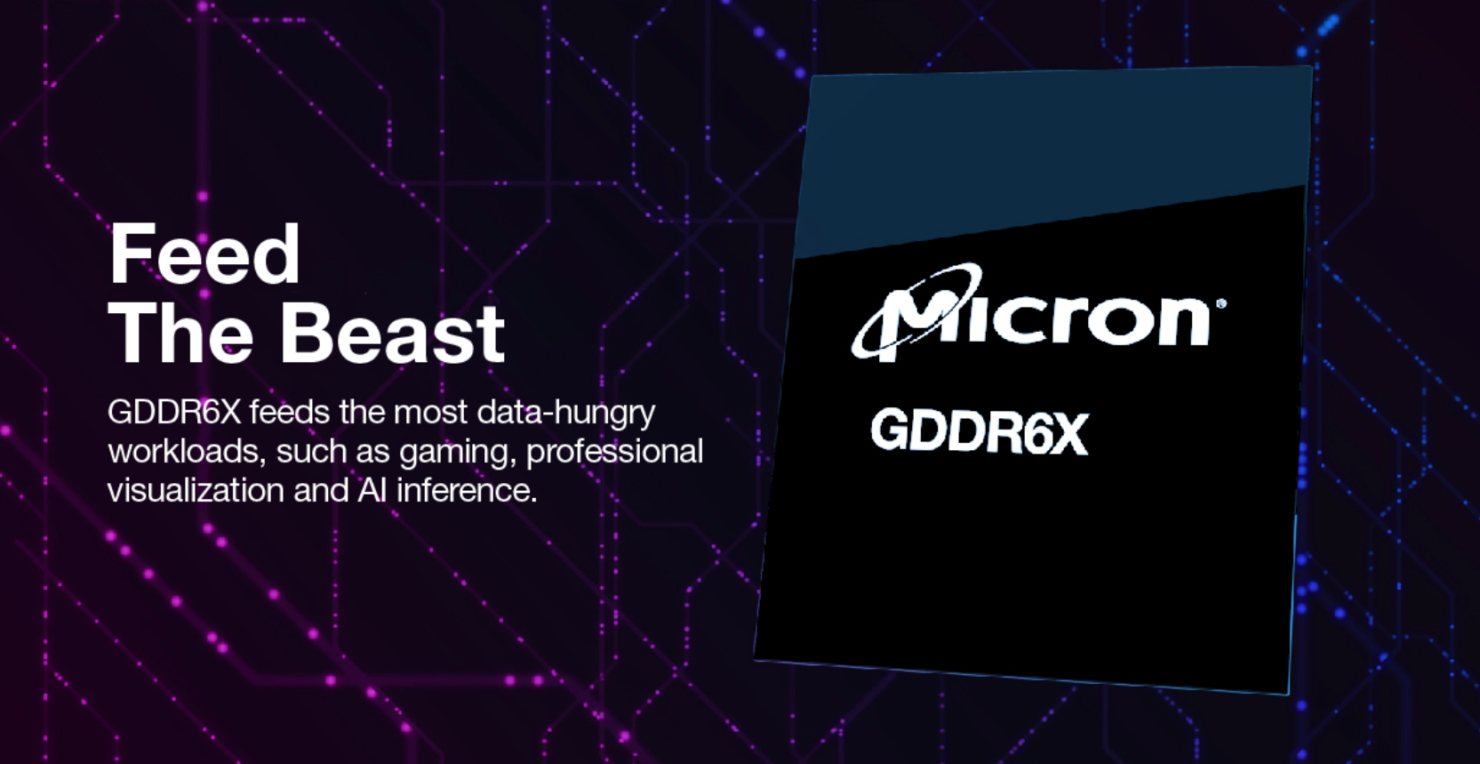 Micron has just announced its brand new GDDR6X memory for NVIDIA's GeForce RTX 30 series graphics cards. Featured on the top models which include the GeForce RTX 3090 & the RTX 3080, Micron's GDDR6X provides much faster data transfer rates and even higher bandwidth then what was possible on the previous generation GDDR5/X and even GDDR6 memory dies.

The Micron GDDR6X memory brings a lot of new stuff to the table. It is faster, doubles the I/O data rate, and is the first to implement PAM4 multi-level signaling in memory dies. With the Geforce RTX 3090 class products, Micron's GDDR6X memory achieves a bandwidth of up to 1 TB/s which is used to power the next-generation gaming experiences at high-fidelity resolutions such as 8K. 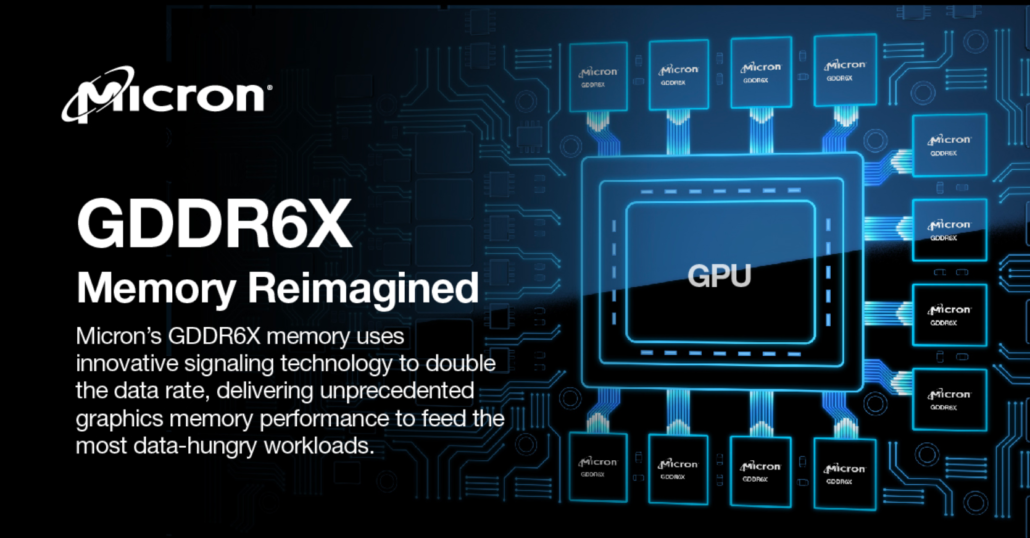 As mentioned, GDDR6X features the brand new PAM4 multilevel signaling techniques which helps transfer data much faster, doubles the I/O rate, pushing the capability of each memory dies from 64 GB/s to 84 GB/s. The Micron GDDR6X memory dies are also the only graphics DRAM that can be mass-produced while feature PAM4 signaling.

What is interesting is that Micron quotes that its GDDR6X memory can hit speeds of up to 21 Gbps whereas we have only got to see 19.5 Gbps in action on the GeForce RTX 3090. It is likely that AIBs could utilize higher binned dies as they are available. Micron also confirms that they plan to offer speeds higher than 21 GB/s moving in 2021 but we will have to wait and see whether any cards will utilize them.

It's not just faster speeds but Micron's GDDR6X provides higher bandwidth while sipping in 15% lower power per transferred bit compared to the previous generation GDDR6 memory.

Considering there are rumors floating around doubled VRAM on the GeForce RTX 30 series models, it is likely that Micron could offer denser G6X capacities later on. In the blog post, they mention that 8Gb dies will be available initially whereas 16Gb dies will be added in 2021. This makes sense for a higher capacity GeForce RTX 3080 model next year with 20 GB VRAM. The GeForce RTX 3070 is still based on GDDR6 so it wouldn't take long for a higher capacity variant with 16 GB to be produced if NVIDIA wants to launch it this early in launch.