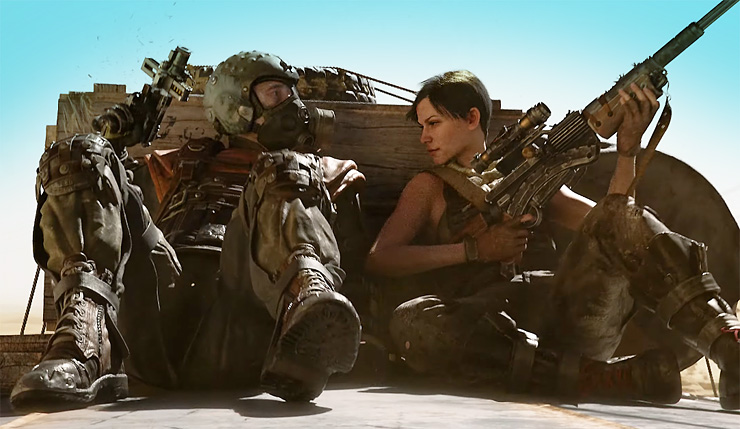 Metro Exodus’ world looks amazing, but what about the series’ main character, Artyom? How has he changed since the events of the last Metro game? Artyom has typically been a bit of a blank slate, but it seems this time around he’s going to be haunted by some of his past failures. You can check out an impressive new cinematic trailer focusing on Artyom, below.

Intense! Almost a bit of a Death Stranding/Hideo Kojima feel to that trailer! In other Metro news, during the most recent episode of Inside Xbox, Deep Silver’s Huw Beynon confirmed what players can expect when playing Metro Exodus on Xbox One X – namely, native 4K, HDR, and full Dolby Atmos support. Nice! Haven’t been keeping up with Metro Exodus? Here’s a few more details courtesy of publisher Deep Silver:

The year is 2036. A quarter-century after nuclear war devastated the earth, a few thousand survivors still cling to existence beneath the ruins of Moscow, in the tunnels of the Metro. They have struggled against the poisoned elements, fought mutated beasts and paranormal horrors, and suffered the flames of civil war. But now, as Artyom, you must flee the Metro and lead a band of Spartan Rangers on an incredible, continent-spanning journey across post-apocalyptic Russia in search of a new life in the East.

Embark on an incredible journey – board the Aurora, a heavily modified steam locomotive, and join a handful of survivors as they search for a new life in the East

Deadly combat and stealth – scavenge and craft in the field to customize your arsenal of hand-made weaponry, and engage human and mutant foes in thrilling tactical combat.

Your choices determine your comrades’ fate – not all your companions will survive the journey; your decisions have consequence in a gripping storyline that offers massive re-playability.

The ultimate in atmosphere – a flickering candle in the darkness, a ragged gasp as your gasmask frosts over, the howl of a mutant on the wind – Metro will immerse and terrify you like no other game.

Metro Exodus arrives on PC, Xbox One, and PS4 on February 15. The PC version of the game is exclusive to the Epic Games Store until 2020.