Metro Devs Confirm They Have Another non-VR Project Besides ARKTIKA.1 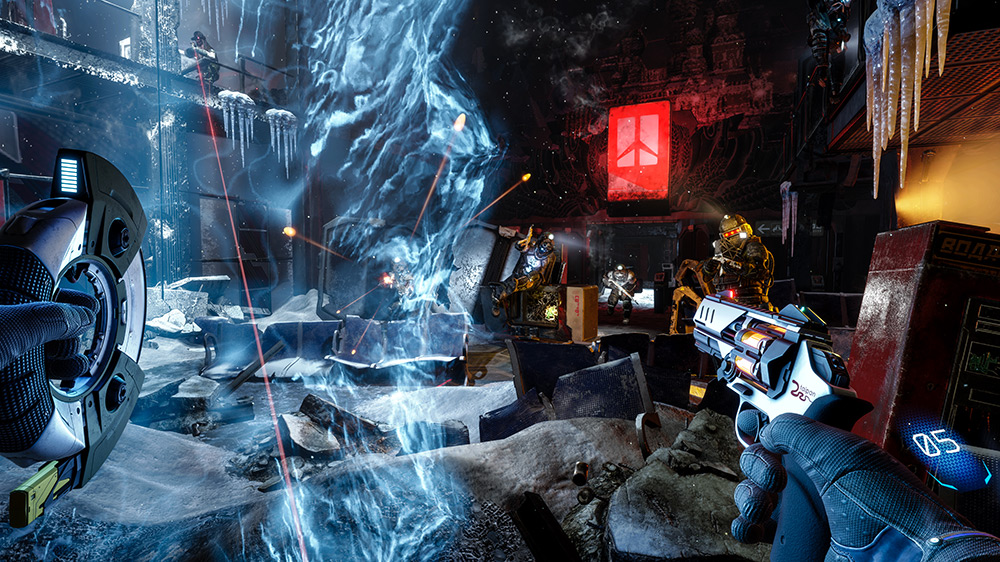 Metro 2033 and its sequel, Last Light, were easily among the best single player first person shooter games when they released. The great setting & atmosphere, amazing graphics and tight gameplay made for a unique combination that garnered 4A Games, the Ukrainian studio which created the Metro series (based on Glukhovsky's novels), a loyal following.

Two months ago, we reported that the folks at 4A Games were working on two projects. That's because they now have two teams, one in Ukraine and another in Malta, opened in 2014. Last week though, when they revealed their first project to be a VR game called ARKTIKA.1 that had nothing do with Metro, many fans expressed their deep disappointment.

4A Games chose to address it in a letter to the community a couple days ago. The letter all but confirms that the other project is not VR only, at the very least, though there's no real hint about a new entry in the Metro franchise.

It’s clear that some of you really like the look of ARKTIKA.1, and we’ll talk about that a bit more below – but we also see some of you were… maybe a bit disappointed. Perhaps you prefer traditional PC / console games, and maybe you were hoping we’d announce… something else!

So let me say again – ARKTIKA.1 is one of TWO projects in development right now. It’s not holding the other project up – with our new Malta studio we are a much bigger team, and it is better for us to have multiple projects, for our own independence and creativity. We’re not ready to talk about the other project just yet, but we think you’ll like it. So please be patient!

The letter went on to explain why 4A Games went all in with VR for ARKTIKA.1.

VR is very immersive. We pride ourselves on our ability to make immersive experiences so it makes sense.

We’ve always been creating immersive games, and I think we can be rightfully proud of our success in this pursuit. Oculus has allowed us to take the immersion to a whole new level, and it would have been a shame to miss such an opportunity.

VR will be the king in immersion until they figure out way to send information right into the brain via WiFi, and with every passing year VR will continue building that momentum.

The decision to start a VR project came rather spontaneously – we just tried it out, and that was it, the decision was made! We’re not much different in that regard from most of the people trying VR for the first time. The experience is, without doubt, eye-opening and we see the potential.

ARKTIKA.1 is a full-blown ААА title, and we are fully employing all of our accumulated experience to take advantage of all the new opportunities provided only by VR. ARKTIKA is not a port, the project was built for VR and the Touch platform from the ground up.

ARKTIKA.1 mixes the post-apocalyptic setting traditional for our team, with Sci-Fi, which is something new for us, and we hope that you like it. We ourselves like the way it’s coming out a lot.

Stay tuned and we'll keep you up to date if and when 4A Games should decide to announce a new Metro game.