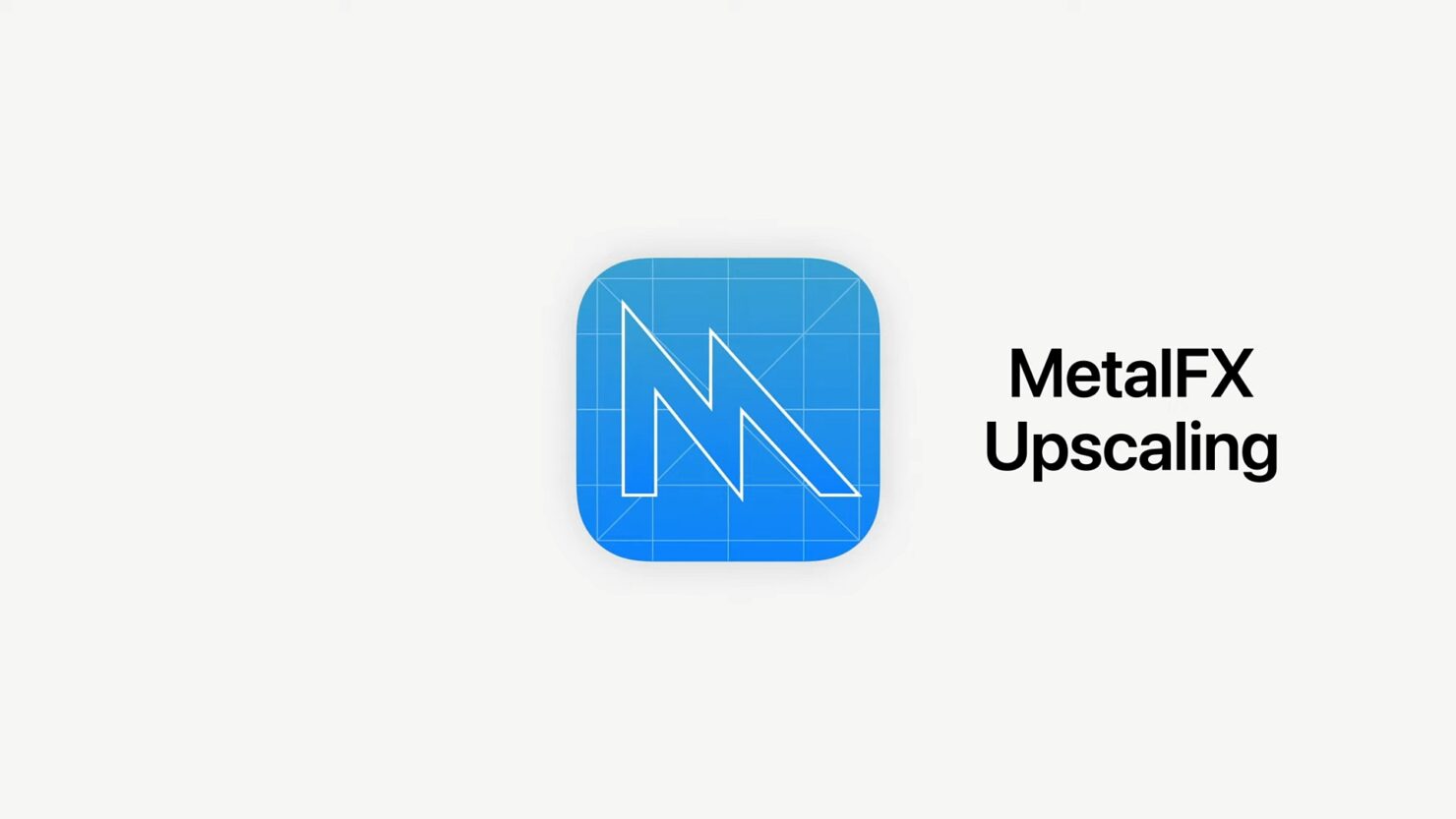 The MetalFX framework integrates with Metal to upscale a relatively low-resolution image to a higher output resolution in less time than it takes to render directly to the output resolution. Use the GPU time savings to further enhance your app or game’s experience. For example, add more effects or scene details.

During the WWDC 2022 presentation, Senior Director of GPU Software Jeremy Sandmel revealed that No Man's Sky (coming to iPad and Mac later this year) will be one of the first games to take advantage of MetalFX.

It's with great pleasure that we're bringing our latest Resident Evil installment to Apple's amazing Mac lineup, powered by Apple silicon. With its incredible performance, now the Mac with Apple silicon is a great platform for games. And with our support for new Metal 3, our game screams on Apple Silicon from the MacBook Air to the blazing-fast Mac Studio.

[...] With MetalFX Upscaling, we're able to render amazing high-resolution visuals across the entire line, with MacBook Air running effortlessly at 1080p and Mac Studio delivering a breathtaking 4K experience. Previously, this was only possible with high-performance consoles and gaming PCs, but we're now able to bring this to every mac with Apple silicon.

Besides MetalFX upscaling, Apple also added the following features to the Metal 3 API for games.