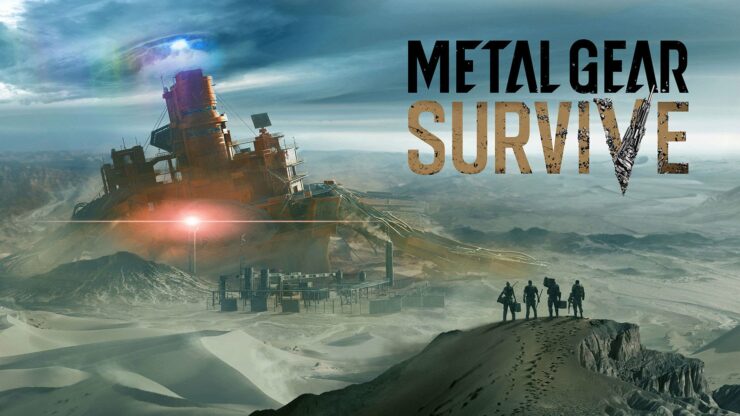 Metal Gear Survive has yet to be released, but it's not possible to try the game out thanks to the open beta now available on PlayStation 4 and Xbox One. With the beta being widely available, Digital Foundry took an early look at the game running on PlayStation 4 Pro, making some interesting discoveries.

According to the analysis, Metal Gear Survive on PlayStation 4 Pro runs at native 1440p resolution, with strong post-processing and cinematic effects. Sadly, it seems like performance takes a slight hit with heavy visual elements, with frame rate dropping to the 50s, 40s at times. Things are different when setting the resolution to native 1080p. While there are some small drops, they are way less noticeable than at 4K resolution. Given how the game is still in beta, there's the chance that these issues will be fixed in the final release.

The Fox Engine returns. A public multiplayer beta is live, but what about Metal gear Survive's campaign mode? We attended a Konami preview event to capture and test an early build of the game - where PS4 Pro outputs at 2560x1440 with the 4K output mode selected. However things get interesting on its 1080p output mode, where frame-rates are improved by comparison.

Metal Gear Survive open beta allows players to try out the co-op mode in 2 different stages. All those taking part in the beta will also receive some exclusive items for the full game.

Play METAL GEAR SURVIVE’S CO-OP mode before the release of the full game! You will be one of the first to discover a thrilling and strategic team mode, taking place in a world infested by hostile creatures.

You will get the following rewards for the full game if you take part of the METAL GEAR SURVIVE BETA.

Metal Gear Survive launches on a yet to be confirmed 2018 release date on PC, PlayStation 4 and Xbox One.

Metal Gear Survive Beta Available for Download on Xbox One; Has HDR and Xbox One X Enhancements