In the months following the release of Metal Gear Solid V The Phantom Pain, the latest entry of the Metal Gear Solid series now available on consoles and PC in all regions, Konami has been adding more content for the FOB mode of the game, as well as additional development items. Starting today, players will be able to develop three new items. 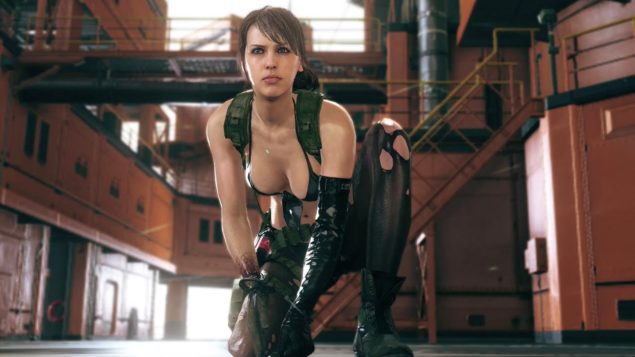 The three new online development items have been revealed earlier today by the Metal Gear Solid V official website. The three items are the D.Mine Marker and Cam Marking DVC., the non-lethal semi automatic sniper rifle AM MRS-73 NL and the UA-Drone (Sleep), a general-purpose UAV for use under the non-lethal security settings. As already mentioned, these new items are online development items, so their development continues even when not playing the game. Mother Base coins can also be used to shorten development time.

On a related note, the Japanese version of the Metal Gear Solid V official website has confirmed that the Cloaked In Silence expansion for Metal Gear Online 3, is going to be made available for the Japanese version of the game on March 15th. There are no news on when it will be released in North America and Europe, but it's likely it will be released on the same day.

The Metal Gear Online 3 Cloaked in Silence DLC will add three new maps, the Coral Complex, Rust Palace and Azure Mountain maps, as well as the ability to play as the sniper Quiet A new mission type, called Sabotage, where players must destroy or fulton the enemy missile before the round ends, is also going to be introduced soon for all users shortly after the pack becomes available for purchase.

Metal Gear Solid V is now available in all regions on PlayStation 3, PlayStation 4, Xbox 360, Xbox One and PC. We'll update the post when a Western launch date is confirmed for the Cloaked in Silence pack, so stay tuned for all the latest news.