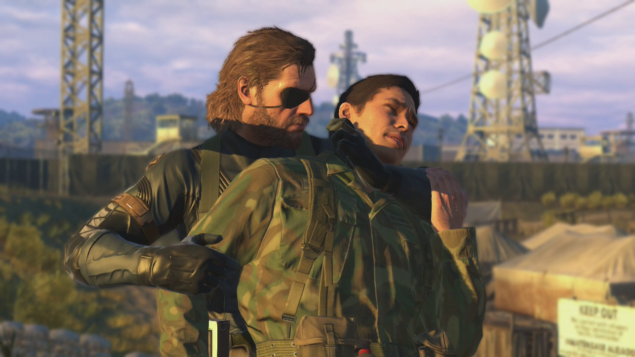 After expressing interest in bringing the game to PC, Hideo Kojima, a renowned video game director, announced a couple of months ago at Gamescom 2014 that Metal Gear Solid 5 will be coming to PC. Both, Ground Zeroes, which is the most critically acclaimed first episode of Metal Gear Solid 5 that has already been released on all major video game consoles, as well as The Phantom Pain, which is the highly anticipated second episode of Metal Gear Solid 5, were confirmed to arrive on Windows PC via Steam. However, no specific release date was given, but now it looks like that PC version of Ground Zeroes will hit shelves later this year in December.

Compiled by NeoGAF, multiple Russian gaming websites are reporting that Metal Gear Solid 5: Ground Zeroes PC version will be released on Steam later this year on December 18. According to the reporting sources, Hideo Kojima himself confirmed the release date at a currently ongoing Russian game convention called Igromir 2014. However, Konami, publisher of the game, declined to comment on the matter when contacted by Videogamer. Regardless, the validity of the release date is very much believable as Russia has one of the largest PC gaming communities in Europe.

Metal Gear Solid 5: Ground Zeroes was released back in March 2014 for PlayStation 4, PlayStation 3, Xbox One and Xbox 360. The game serves as the prologue to the full-size epilogue, The Phantom Pain, that is set to release on the aforementioned consoles as well as PC in 2015. Ground Zeroes was cherished for its open-world mechanics but its short length earned it some criticism. What improvements will the PC version offer? Guess we will find out this December.