Chinese phones take one feature or the other from top-tier smartphones, and Meizu Pro 6 is no exception to that. However, the phone does have some serious hardware running underneath its chassis, as you will soon find out.

Now, some might be wondering what is the processor configuration of the Helio X25 SoC present inside Meizu Pro 6. Turns out that there is not much difference between Helio X25 and Helio X20, as you will soon find out with the core type and clock speed listed below:

The 5.2-inch smartphone comes with a 1080p AMOLED display, suggesting that you will get better colors during the daytime and it will be more efficient as opposed to other displays incorporated in smartphones. However, the display will ‘rainbow out’ when you decide to tilt the screen away from your peripheral vision. While there is no external storage capability, Meizu does offer you the option to either purchase a 32GB on-board storage version, or a 64GB one. Keep in mind that the internal storage satisfies the eMMC standard, which is slower than UFS 2.0.

Instead of a MicroUSB 2.0 or 3.0 port, Pro 6 sports a Type-C USB port, which will come in handy when you want better transfer rates across the board and might even compensate for the internal storage not supporting the UFS 2.0 standard. Taken from the books of Apple, Meizu Pro 6 sports a pressure sensitive display, which would explain why the company incorporated a small 2,560mAh battery. 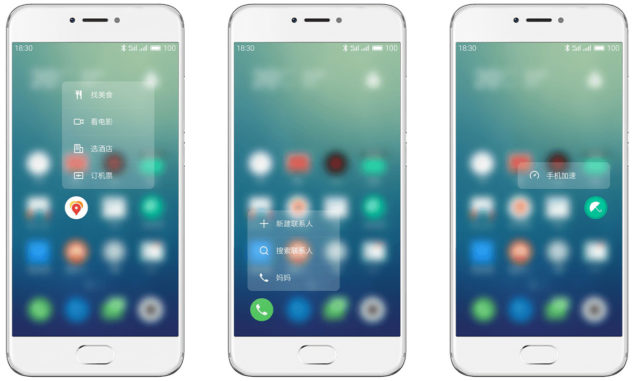 As for the camera sensor, the device has a 21.16MP rear shooter with an F/2.2 aperture. This will be coupled with a 5MP front camera with an F/2.0 aperture. There is also a Cirrus Logic audio chip, which is a third-generation NXP Smart PA chip that acts as a smart amplifier that controls the vibration of the built-in loudspeaker. The smartphone is available in the following colors and carries a price of 2,499 Yuan, or $390 for the base model:

Do you guys that this is a terrific Android powered smartphone for its price tag? Let us know your thoughts right away.