Medal of Honor LE Gains you Access to Battlefield 3 Beta. 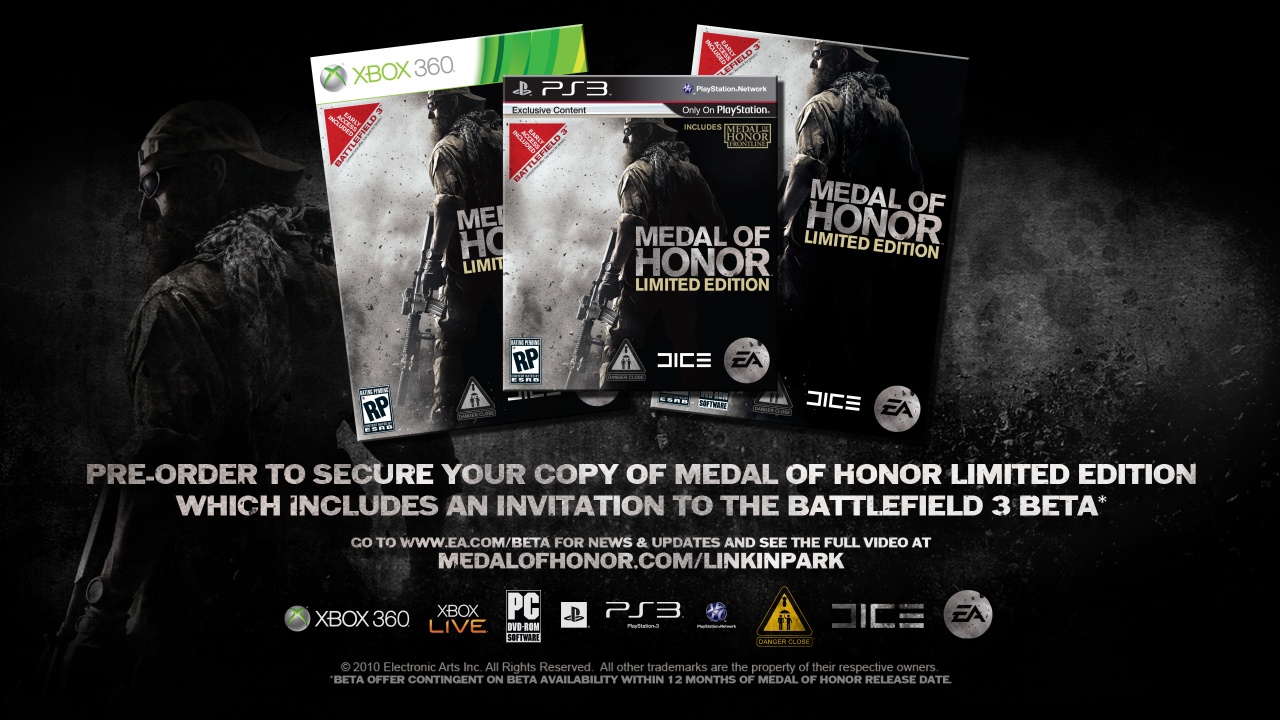 Battlefield 3 which was Unofficially announced last year has been confirmed today along with its Beta. The Access to the Beta can be gained by Purchasing the Limited Edition of Medal of Honor. But there's some new's not so good for PC gamers as it also has been revealed that Battlefield 3 is coming out on consoles and wont be a PC Exclusive anymore and also there is a possibility that the game might be ported from the consoles but there have not been any official conformation about this.

The Beta Access as said before can be gained by Purchasing the Limited Edition of Medal of Honor which will launch on 12th October. The Beta invite of Battlefield 3 will be received within 12 Months after the Launch date.

The Limited Edition of Medal of Honor will offer some goodies and new weapons such as the lightweight, rapid firing MP-7, two powerful shotguns with custom slugs, and camo. The Camo will be free for the PC gamers while it will be an Extra for the console gamers.