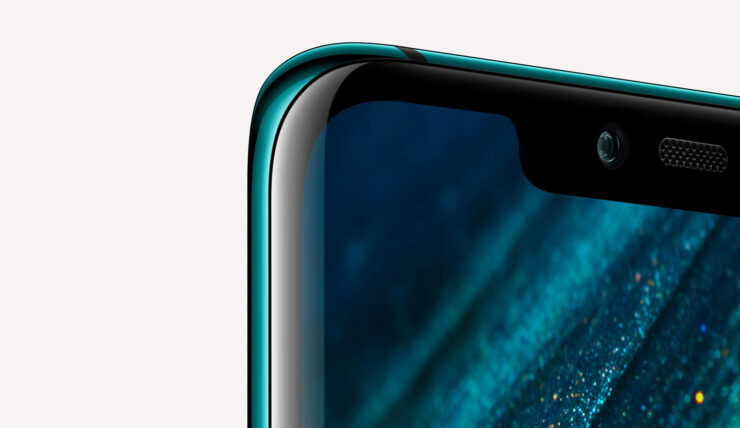 The upcoming Huawei Mate 30 Pro display could be one of the most interesting design choices in the smartphone industry for 2019. That’s because a new leak alleging the display panel belongs to the upcoming flagship and it definitely appears like the Mate 30 Pro will have side curves of around 90 degrees, which is a lot more than the screens of the current smartphones.

A previous report had claimed that the display will curve on all four sides and the image seems to corroborate that. Not only that, but supply chain insiders claim that the company is experimenting with a new type of glass unibody design, something to stand out by. If you look at the image, the display seems to extend to the sides, which leaves no space left for things such as the SIM card slot, and power and volume buttons. This means that if Huawei goes with this design, the sides of the Mate 30 Pro display might simulate these buttons.

As for the SIM functionality, the company might go for the eSIM option, although that could considerably limit its audience in markets where eSIM technology has not popularized. Apparently, the edges of the display panel will be affixed to the curvatures of the back panels and the metal frame which is usually located between these two parts will be removed completely.

Screen cover for the Mate30 Pro. The curvature is large. pic.twitter.com/JE70QRLpwg

However, this glass body design will be a lot harder to make than ceramic ones and so it remains to be seen if Huawei can pull it off. If this design does materialize on the Mate 30 Pro, you can rest assure that it will be difficult to hold for a lot of users than the Mate 30, which is reported to ship with a flat display to save manufacturing costs.

Coming to the specifications, the Mate 30 Pro is expected to sport a massive 6.71-inch OLED screen with a big notch at the top, possibly to obscure the sensors necessary for 3D facial recognition. The display is also expected to have an embedded fingerprint reader, just like the Mate 20 Pro. The phone will apparently be fueled by the next generation 7nm EUV-processed Kirin 985 SoC with the Balong 5000 5G modem in tow.

As for the launch date, the 5G-ready version of the Mate 30 Pro could arrive in December, while the regular version might arrive much earlier.