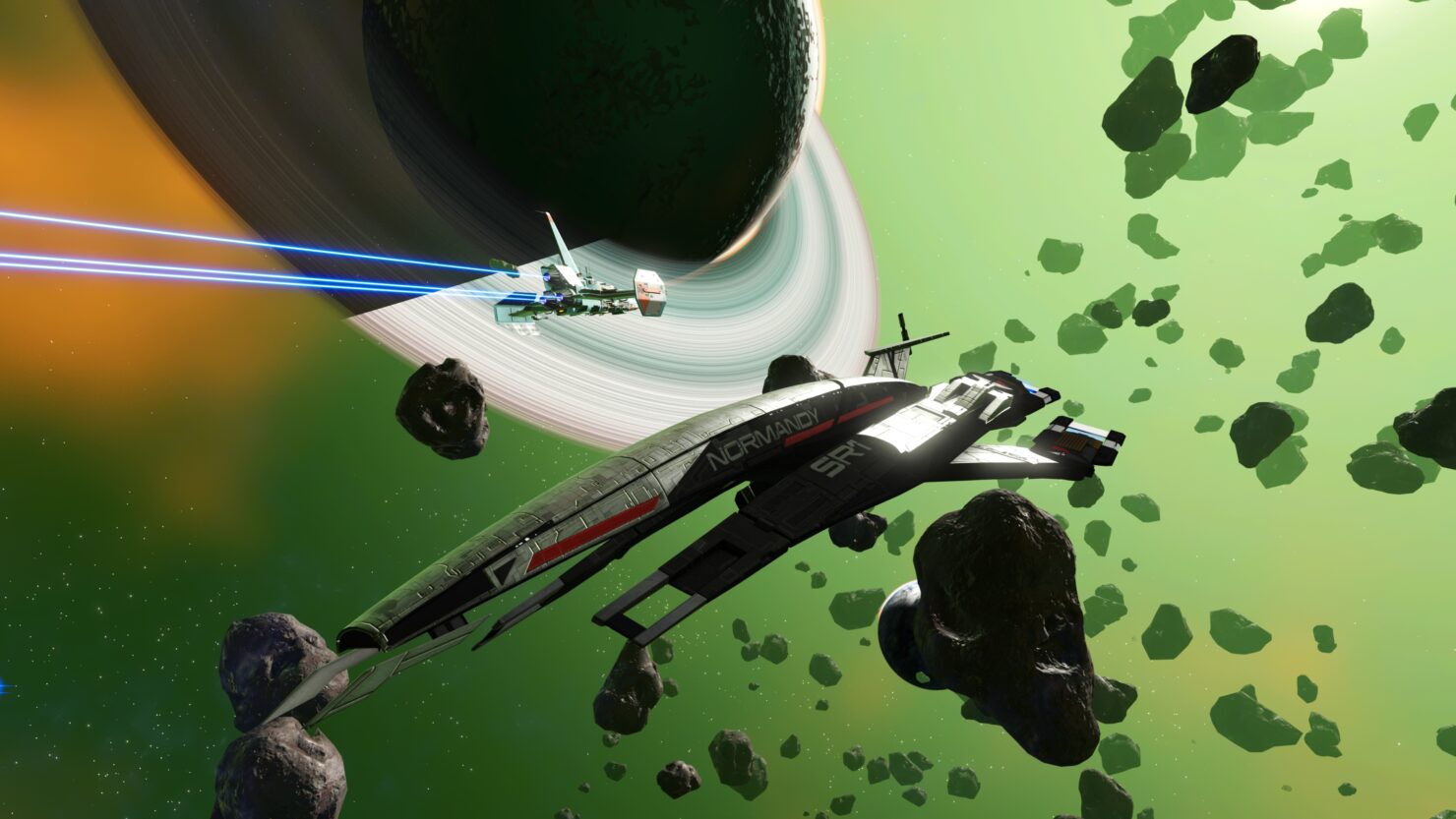 It was just a little under two months ago I was telling you about the brand new expeditions update to No Man's Sky. As a matter of fact, we've been telling you about a lot of major updates to No Man's Sky over time, as Hello Games continues to set the standard about how to run a live service game successfully. Just last week, the game added the second expedition and NVIDIA DLSS support.

Today isn't about a major update. Today is about something unexpected. For the past week, the community within No Man's Sky has been taking part in one of these expeditions, though this comes with an unexpected and special reward. At the end of this expedition, where people have been trying to figure out what the "Historiographical Dosimeter" is and how to use it, is a ship from a whole other universe. Introducing the SSV Normandy. 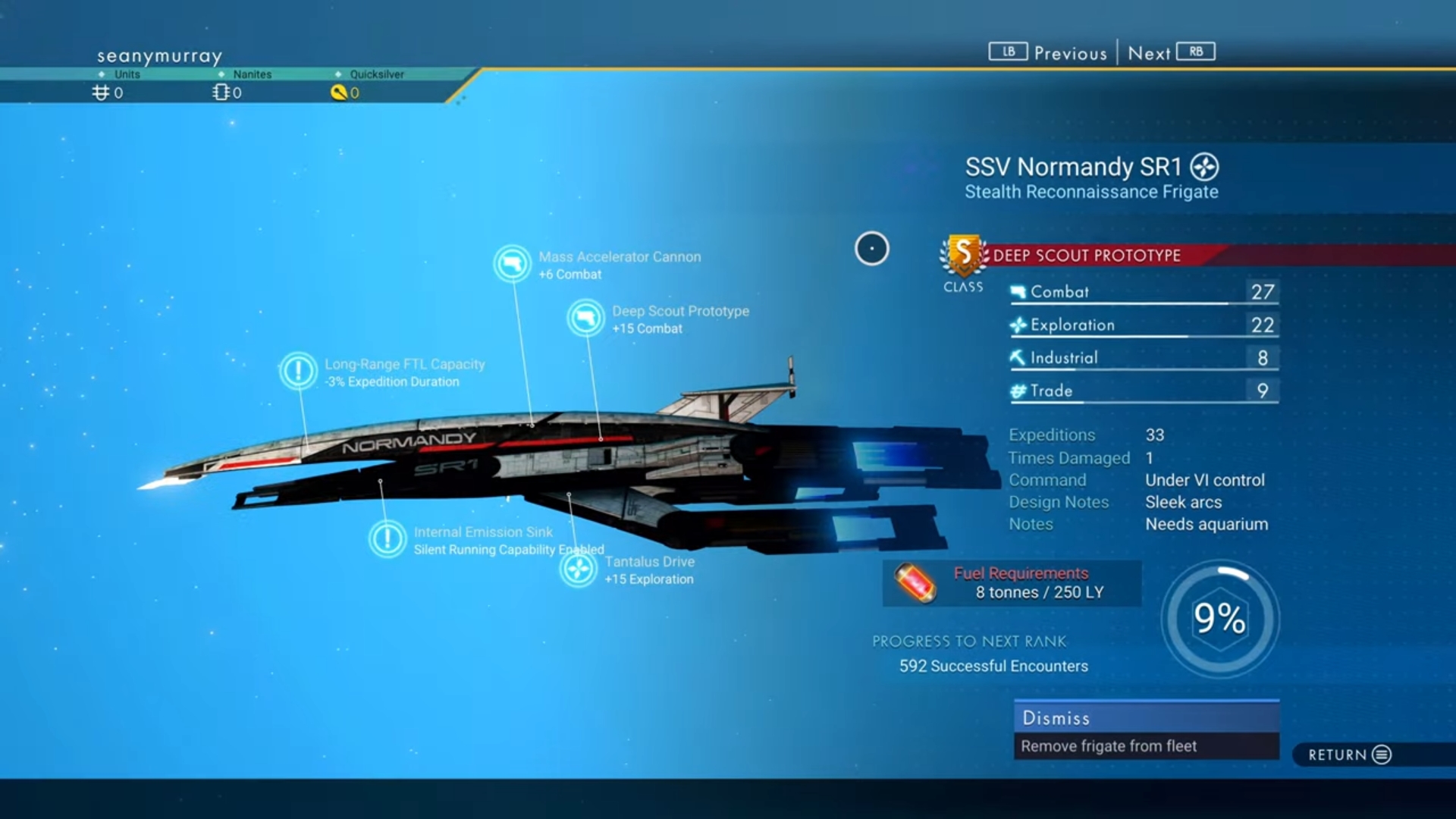 In a partnership between Hello Games and Bioware/Electronic Arts, the SSV Normandy pays a visit from the newly released Mass Effect Legendary Edition. Until the 31st of may, intrepid adventurers within No Man's Sky can undertake the expedition and claim the Normandy as an addition to their very own frigate fleet.

Hello Games also promise several surprises to be revealed over the remainder of the year. Will we see the Prometheus from Stargate? How about the USS Enterprise D from Star Trek: The Next Generation? Likely none of these, but a man can dream. I am certainly interested to see the other surprises Hello Games have in store for the future of No Man's Sky, and that's not even including major updates that are planned.

Until then, have a look at the trailer for the Normandy on YouTube, or below.