Apple Pay Rewards Program To Be Announced At WWDC

Apple Pay has, in its short life so far, made great inroads, despite having only rolled out in the United States. The company's contactless payment system, which is baked into Apple Watch as well as iOS, has prompted a number of companies and banks to join forces with Apple, with many more to be added in the near future. Following the sending out of media invitations for the Worldwide Developers Conference in early June, a new report indicates that the Cupertino-based company has an Apple Pay rewards system up its sleeve, although details are, at this point, very much at a premium. 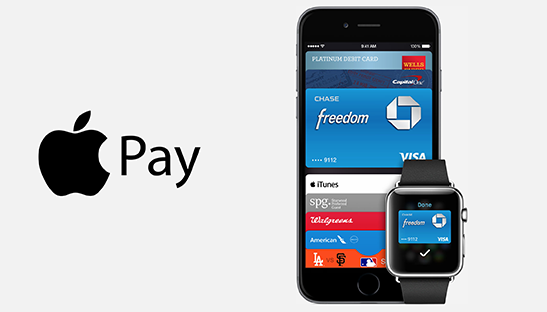 Despite the early promise, Apple Pay is still very much up-and-coming, and as such, we can expect plenty of announcements of improvements throughout the remainder of the year. It's said that Canada will be the second beneficiary of Apple Pay later over the next few months, while CEO Tim Cook has also told China of the company's plan to add support for the Chinese market before the year's close. An interesting report over at The New York Times adds another theory into the mix, suggesting that a new rewards program is on the horizon, although doesn't divulge any real information to elaborate on these claims.

Loyalty cards and points-based rewards systems are ubiquitous. Most major retailers use such tools to court customers into repeat business, and if Apple wants to drive up adoption rates of Apple Pay, adding a rewards system would seem a shrewd move.

There are many ways that Apple could go about delivering rewards to customers. From teaming up with retailers to offer special deals at said stores to allowing Apple Pay users to accrue bonus App Store credit, Apple Pay has a number of options at its feet, but until we hear more at WWDC, it's not clear how the company plans to entice device owners into using Apple Pay at every opportunity.

WWDC will commence from June 8th, running through the entire week to June 12th. During that week, we expect to gather much information relating to Apple's forthcoming plans and intentions, although keynote event, which will take place at 10AM PDT on the first day, will likely be the source of the more significant revelations.

As well as Apple Pay, Apple is expected to take the wraps off iOS 9 and OS X 10.11 at WWDC, with possible beta releases to follow. Apple is also said to be working on increasing its stake in the TV market, so there could be some news in that regard, and with Jeff Williams, Apple's operations chief, having recently dubbed the car as the "ultimate mobile device," the elusive 'Apple Car' could also be in line for a mention.