Senior development director on Mass Effect Andromeda, Chris Wynn, has left Bioware, and will be returning to the US. 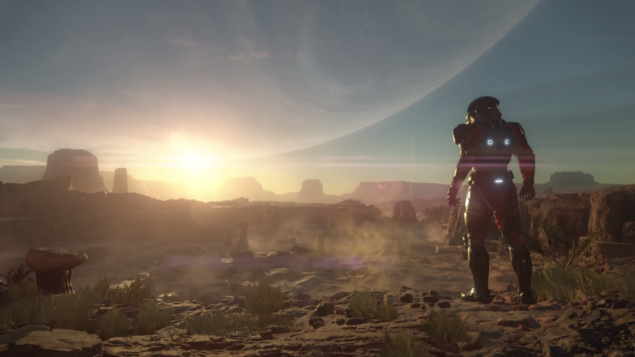 Wynn joined Bioware as senior development director back in 2013, but he's now leaving Bioware and Mass Effect behind, to return to the US.

The former development director took to Twitter to announce the news to the Mass Effect community. According Wynn, the Mass Effect Andromeda team is the most talented he has ever worked with. Wynn adds that it's inspiring to have worked with such a talented team each and every day.

It is with a heavy heart today to say that I am moving on from BioWare and Mass Effect: Andromeda, and returning to the USA.

The Andromeda team is the most talented team that I have ever worked with, truly inspiring to have worked with you each and every day.

Wy nn will be joining the N7 community, and eagerly wait the release of Mass Effect Andromeda.

I will join the passionate N7 community and will eagerly await the release of Andromeda with equal enthusiasm. Thank you and Happy Holidays!

Prior to his job at Bioware, Wynn was lead producer at Microsoft. He was  responsible for managing the day to day operations and planning for the publishing operation on the Gears of War franchise. Following his job at Microsoft, Wynn joined Epic as senior producer in 2012.

" While we aren’t ready to go into too many details just yet, as you saw in the trailer and can tell by the name, this game is very much a new adventure, taking place far away from and long after the events of the original trilogy. You will play a human, male or female, though that’s actually not the character you saw in the trailer (more on that later). You’ll be exploring an all-new galaxy, Andromeda, and piloting the new and improved Mako you saw. And through it all, you will have a new team of adventurers to work with, learn from, fight alongside of, and fall in love with", said studio manager Aaryn Flynn, following the announcement trailer.

Last week we reported that Bioware's level designer, Jos Hendriks, played Andromeda in proper context for the very first time. According Hendriks, he had his first "holy shit moment" during his play session, which also included content created by his fellow team members.

Mass Effect Andromeda will be arriving in 2016 for PC, PS4, and Xbox One.