Mass Effect Andromeda level designer Jos Hendriks has taken to Twitter,  to share that he has been playing Andromeda properly, for the first time. According Hendriks, he now has played Bioware's upcoming title in context with content created by his fellow team members. 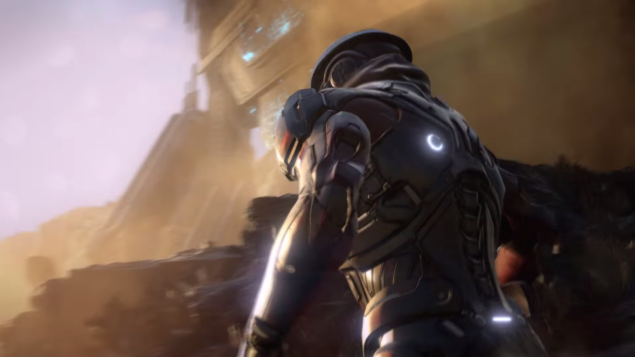 Over the past year, Bioware  developers have been teasing Andromeda on more than one occasion, but the most recent tweets from Bioware's level designer, reveal some new info regarding the development process of the 3rd-person action RPG.

The next Mass Effect installment is scheduled for a release in the 4rd quarter of 2016, but if Hendrik's recent tweets are to be believed, he's now "playing the game like you would if/when you get it"

Earlier this weekend, the level designer tweeted that he "showed up at work with a block of time", just to play Mass Effect Andromeda.

Showed up to work with a block of time booked as a meeting in my calendar to just play the game. Alright #space, let's see what you got.

His initial tweet was followed by another, in which Hendriks expressed to be excited about playing Mass Effect in proper context for the very first time.

@smudboy Just my own work without the context of the rest of the game. Now I'm playing the game like you would if/when you get it.

Prior to his current play session, Hendriks had always played Andromeda based on his own work, without the context of the rest of the game. For the first time, Hendriks seems to have played Andromeda with content created by his team members at Bioware, hence the 'proper context'. Accordingthe level designer, he had his first "holy shit moment" while playing.

I haven't seen much anything of anyone else's work on the game, so this is super great. Already had my first holy shit moment. #space

The Dutch level designer ended his series of tweets by saying that he won't be playing the game for another 3 weeks.

Mass Effect Andromeda was officially announced during the E3 of this year. Developer Bioware released a trailer in which the official title for the game was announced.

A new adventure awaits in the Mass Effect universe. With stunning visuals and a new galaxy to discover, BioWare delivers the next generation of space exploration.