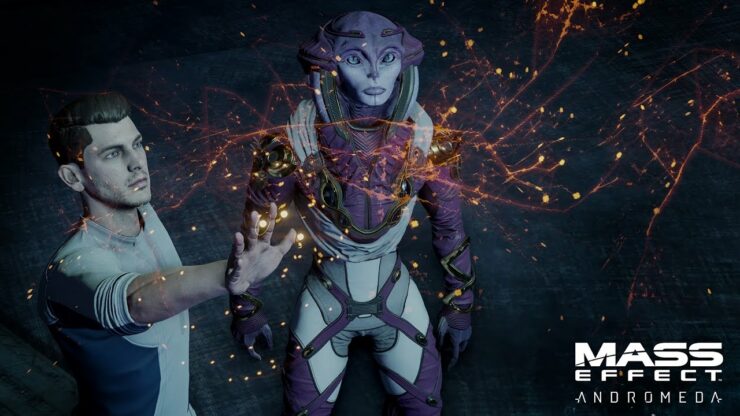 Patch 1.08 addresses community feedback, and according to Bioware, offers “continued improvements” to the game. Community feedback has been addressed in the update, and players now have more character creator options at their disposal. “We’ve expanded the options available in the character creator, giving you greater control over your Ryder’s appearance”, Bioware writes. “Two new heads were added, one male and one female, as well as a new complexion option and a greater range of available skin tones. We also unlocked all hairstyles for both sexes, and added a new bald option.”

“For players wanting to adjust their look mid-game, we added the ability to change your character’s appearance onboard the Tempest.

And for fans of Alec Ryder’s iconic appearance, you can now choose to keep the default Alec, rather than having his appearance be based on your custom Ryder.”

One of the biggest changes in patch 1.08 is that Scott Ryder is now able to pursue Jaal as a romance option. “Scott Ryder did not have a same-sex squadmate available as a romance option, nor could the achievement for completing three romances be achieved with only male same-sex partners”, Bioware explains. “And as the angara have expressed their fluidity in how they perceive gender, it seemed only natural that Scott could have a relationship with Jaal.”

The full release notes for Mass Effect Andromeda patch 1.08 can be found below:

Mass Effect Andromeda is available now for PC, Xbox One and PlayStation 4.

Microsoft’s Next Surface Device, Codenamed Andromeda Gets Teased With Two 10-Inch Displays Made by LG