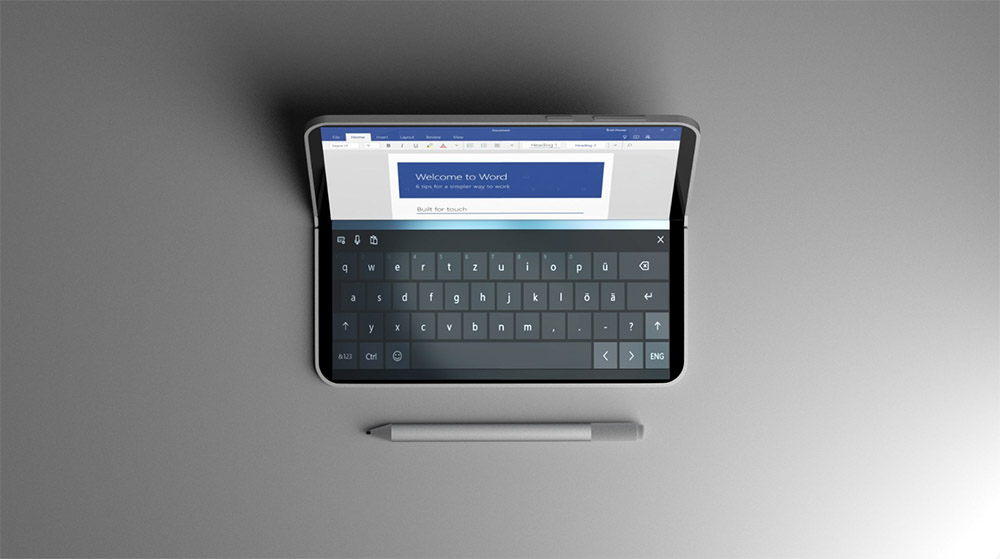 Even though Microsoft has reportedly shelved the Surface Phone, codenamed Andromeda, for a release possibly next year, or maybe not at all, new evidence has surfaced that shows the product had reached an advanced development stage before the plug was pulled.

The Surface Phone Was Expected to Function as a Hybrid Device, Featuring Two Screens to Allow for Better Productivity

The Windows 10 SDK build 17692 mentions a two-pane view that indicated that Microsoft had already created a foundation for apps to function on Andromeda and adapt to its dual-screen design.

A Twitter user going by the handle zhuowencui said that such functionalities would give you two views in the same app so they can be run side by side or they can be stacked in portrait mode.

These apps could adjust their interface based on the orientation of the display on Andromeda and provide support for different factors supported by dual-display devices like the Surface Phone.

Based on various rumors and leaks, Andromeda was supposed to be a hybrid device that could be used as a tablet, a laptop, or a digital notebook for students and teachers, making it easier for them to swap their conventional notebook with it. The different form factors would have been a modern take on Microsoft’s courier concept that was never commercialized.

So this #TwoPaneView in Windows SDK 17692 is really interesting. Can it be for #AndromedaFoldingDevice? #AskDan @Daniel_Rubino It basically allows two views(in the same app) to run side by side, or stacked when in portrait. pic.twitter.com/EYT6ltS7Rs

Microsoft already gives us the opportunity to run two apps at the same time on Windows 8. However, Andromeda would have run the apps on two different displays, while Windows 8 similarly splits the same screen in two parents depending on the user setting.

The software giant has reportedly decided not to go ahead with Andromeda because its software was not ready. It was originally expected to be released in fall 2018 along with the Windows 10 Redstone 5 update. While many believe that the company has abandoned the project, it is possible that Andromeda will be launched with Redstone 6 that is due in the spring of 2019.