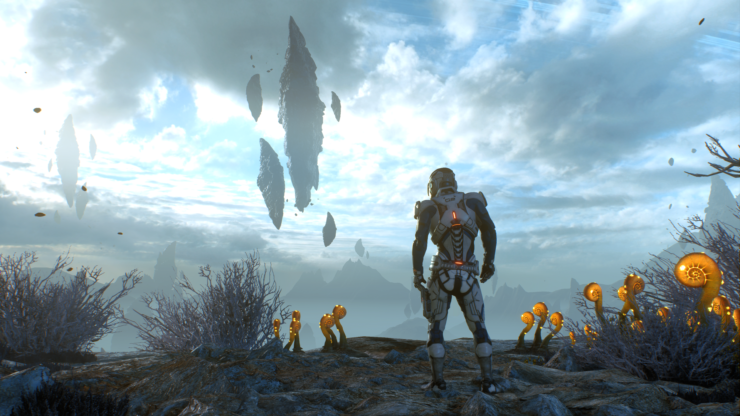 A new Mass Effect Andromeda update is now live on all formats, introducing a variety of changes that will improve the experience considerably.

Among the changes introduced by the 1.06 patch are several balance changes, an increased maximum Nexus level, multiplayer improvements and more. You can learn more about multiplayer specific changes by going here.

Increased the number of autosaves allowed

Special items will not carry over into New Game+

Fixed interaction with datapad in the Search for the Remnant Drive Core mission.

Fixed issue where player could romance both Cora and Peebee

Fixed issue where player could romance both Vetra and Peebee

Fixed issue on H-047C where enemies could get stuck inside a rock, making them unkillable

Frequency mission on Voeld is no longer blocked if player leaves the area after scanning the meteorite.

Fixed issue where Nomad jump control was not remapping

Improved performance on Eos when approaching or fast travelling to Prodromos

Eliminated player fall through on Tempest after loading autosaves in space

Reduced the cost of Strike Team equipment and improved its effectiveness

A default Ryder name can now carry over to New Game+

PC – Improvements to display when running at different resolutions

Fixed issue where player would crouch repeatedly while interacting with device

Improvements to reduce lag for players and hosts

Mass Effect Andromeda is now available on PC, PlayStation 4 and Xbox One. You can learn more about the game by checking out our review.