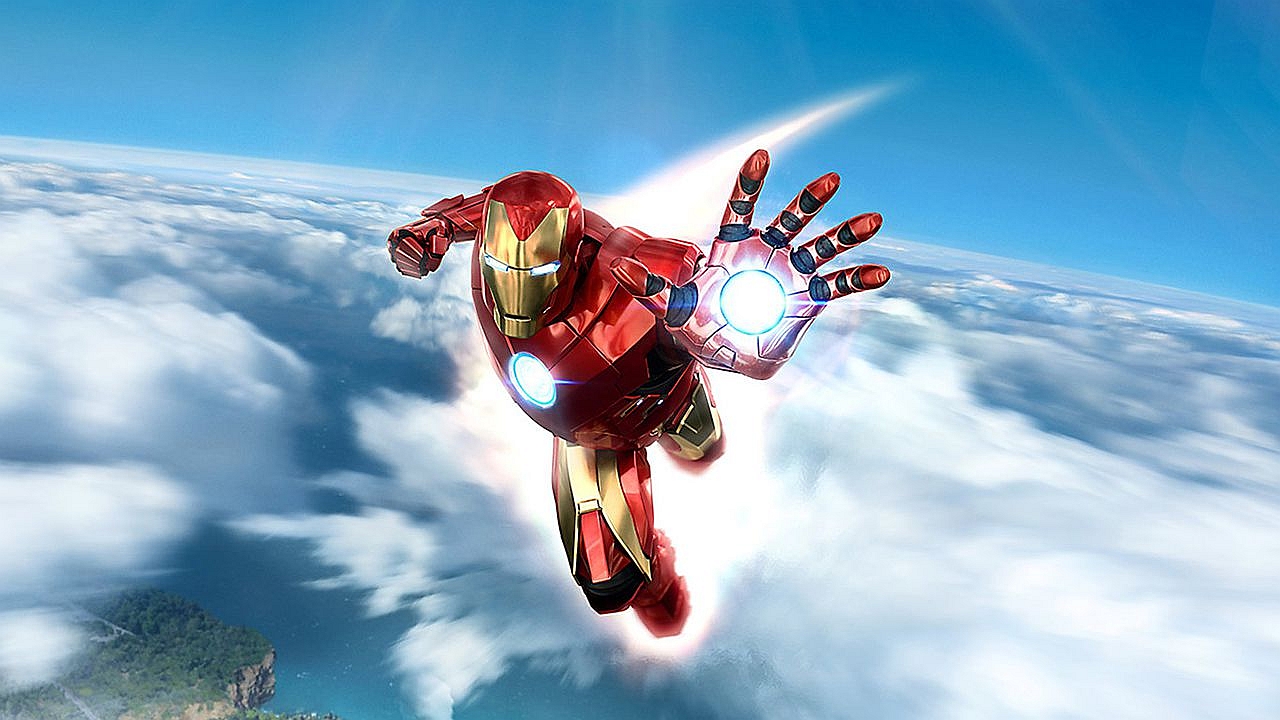 The PlayStation VR remains one of my favorite VR platforms, even as the tech gets older and dated as the years go by. Even still, developers continue to find new ways to get me out of my seat and moving in immersive gameplay. As the first PSVR experience that I've played in recent months, Marvel's Iron Man VR was perhaps one of the best experiences to get back into. 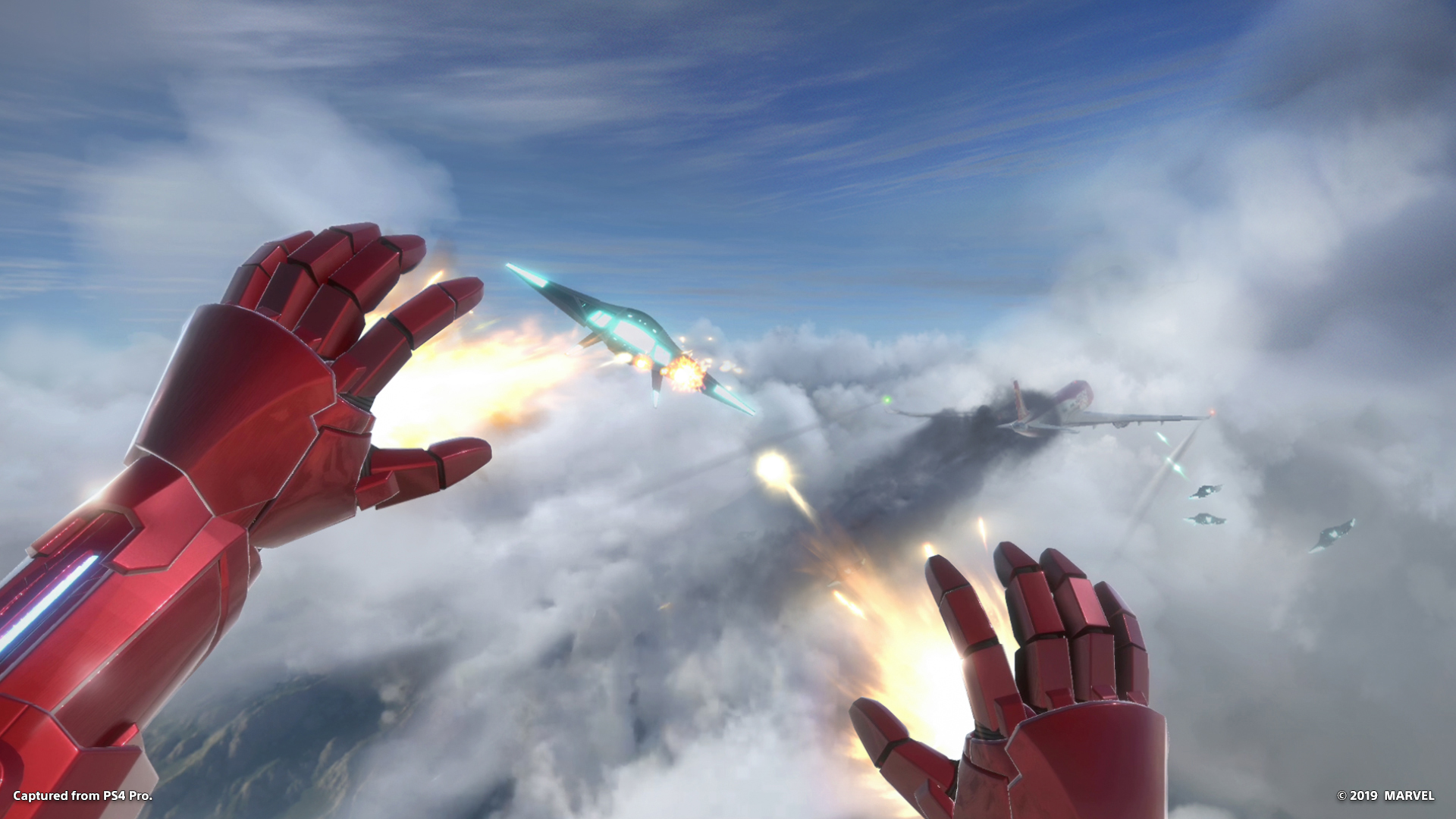 As gamers will probably be able to instantly tell by the voice of Tony Stark, this isn't the MCU interpretation of the most recognizable Avenger in recent years. This is Josh Keaton's interpretation of the billionaire inventor, who you may recognize as Electro from Marvel's Spider-Man or Major Ocelot in Metal Gear Solid 3. Even still, he does a fine job of capturing Mr. Stark's signature snark, although it'll be strange to hear yet another voice actor take up the role of the Mark One in Crystal Dynamic's take on The Avengers.

In order to enjoy Iron Man VR, you'll need a PlayStation VR headset (make sure you get the second generation model if you want to continue enjoying HDR content from your PlayStation 4!) as well as two PlayStation Move controllers and enough free space to turn around freely. The demo opens with a pretty well-guided tutorial to teach the player the power of the Mark One, controlled exclusively through their two hands. 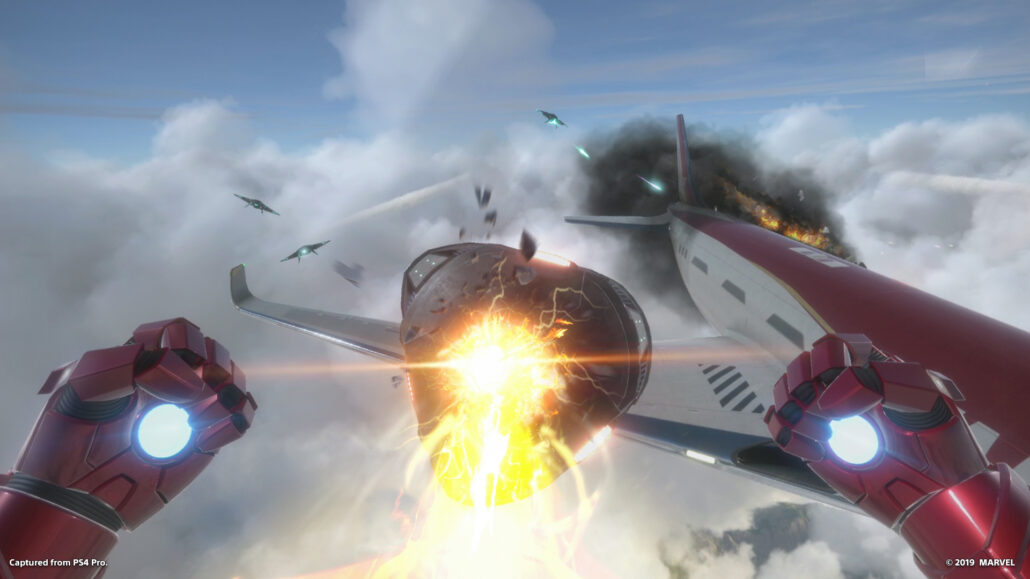 If you've ever roleplayed as Iron Man as a kid or drew doodles of his repulsor gauntlets, you'll already understand that the power of the suit lies in the palms of your hands. To simulate this, each Move controller acts freely as one of Tony Stark's hands, and while you're gripping onto the Move controller, how you rotate your hand is directly affected in game. With the power in your hands, how you hold your hands and squeeze the trigger affects both how you fly and how you fight. Just getting off the ground and moving forward requires you to turn your palms behind you to propel yourself forward. Pointing your palms towards the floor will push you upwards and so on and so forth.

Tony Stark's weaponry in the Iron Man suit is drawn from the repulsor jets in his palms. Contrary to the common philosophy of just pointing the end of the Move controller at your target to shoot, you'll have to get used to firing out from your palms (while holding the controller upright like a torch). The Mark One suit does unlock some missiles that can be fired when you point your fists out at the enemy drones, but these are a secondary tool and only available briefly during the advanced combat trials after finishing the singular story chapter. Iron Man also has the ability to punch objects by holding down one of the face buttons and jabbing towards your target, but it was only used in a few instances and will probably become a stronger part of the core gameplay loop in the full game. 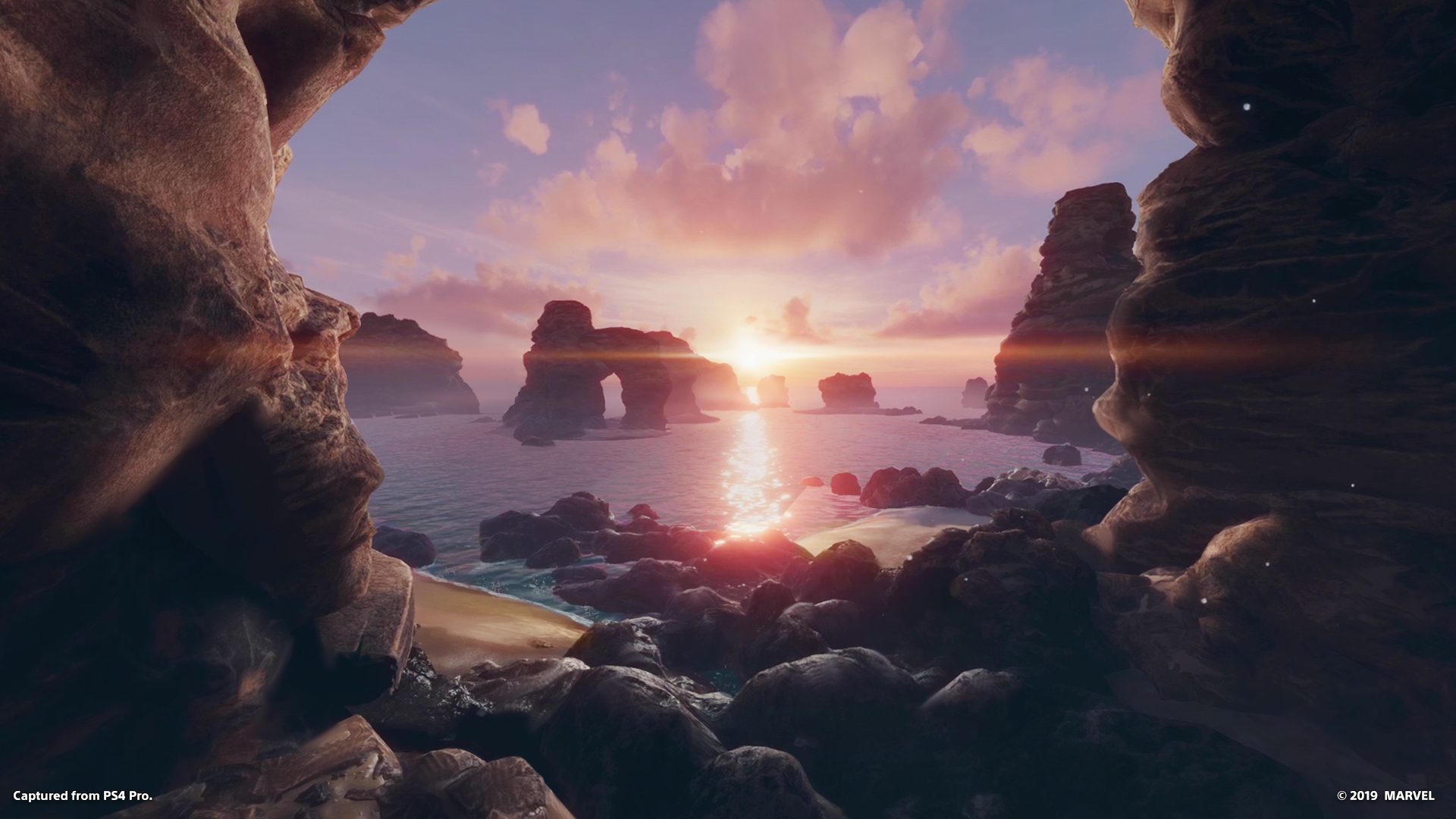 In Marvel's Iron Man VR, you're already established as the one and only Iron Man and head of Stark Industries, shortly after passing the role of CEO to one Pepper Potts, freeing the main character for a bit of superhero philanthropy. Any celebration for the newfound freedom is cut short as Stark Industries combat drones attack Tony's plane and send both him and Pepper plummeting towards a crash landing. And that's just the very first chapter of Iron Man VR once you get your training wheels off.

The Iron Man VR story very quickly sets up Ghost as the antagonist, at least as far as the demo's concerned. As one of the comic's super villains matched up against Tony Stark, her expertise in hacking and overtaking Stark technology is a great match up against the story's protagonist. Her skills should surely be a sore spot throughout the campaign, so I'm looking forward to squaring up against a new villain that hasn't already gone toe to toe with Tony Stark in the MCU (and yes, I know she was in Ant-Man and the Wasp). 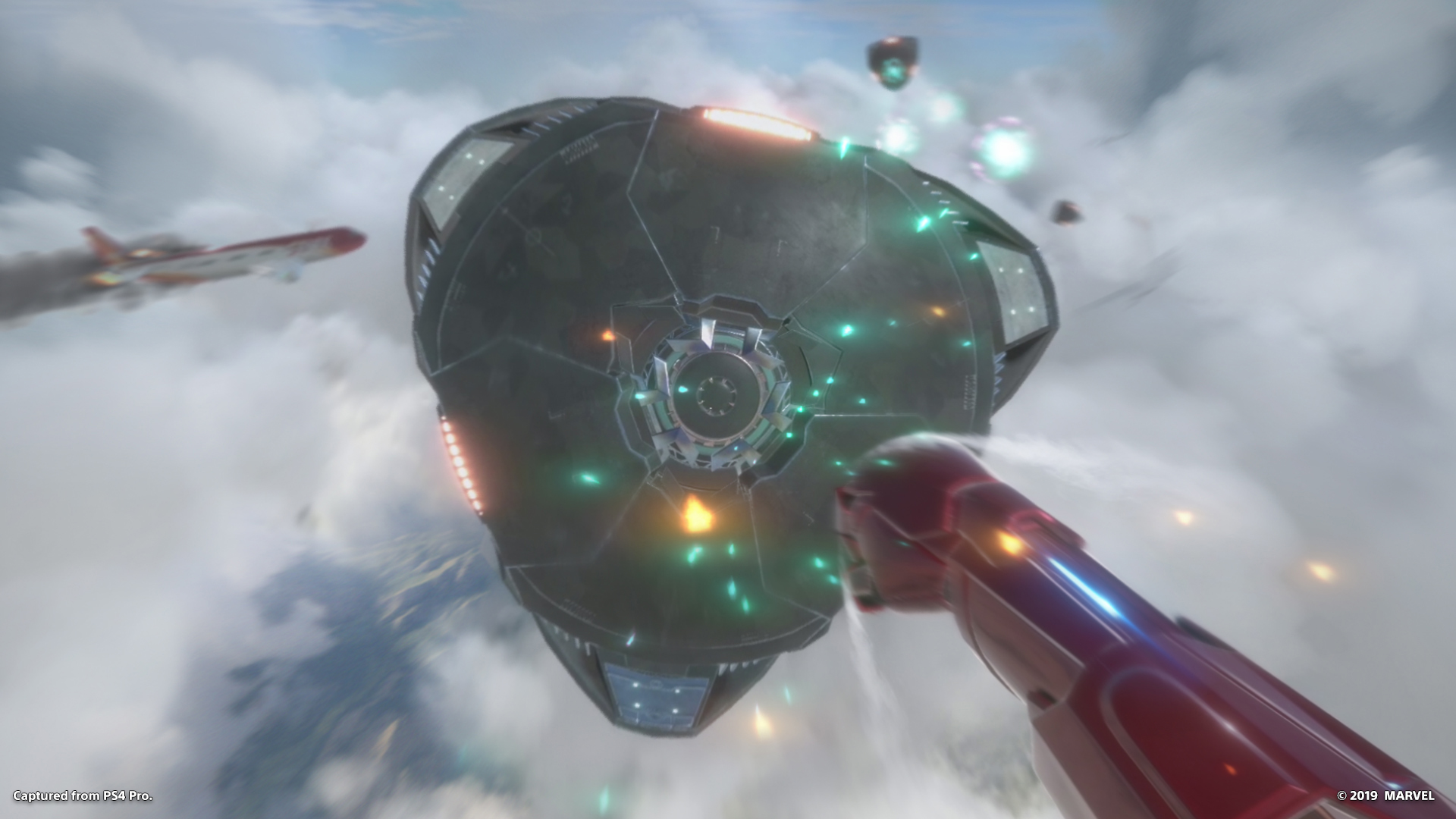 Iron Man VR is intended to be a standing experience with a fair bit of motion involved. Don't worry, the whole experience can also be done standing in one position and using buttons on each Move controller to turn the camera in pie-slices, but it definitely feels best when you can freely turn around in 360 degrees. As someone that still gets nauseous in very intensive VR experiences, Marvel's Iron Man VR just felt right. The combination of being able to look around freely while using both hands as well as some bobbing and weaving for motion control all worked in tandem and I never once lost my cool.

If there's any one thing that could make my VR demo impressions better, it would be the immediate need for Sony to follow the likes of Oculus and release a wireless variant of the PlayStation VR. With the constant flying around, getting caught up in the cables can be a messy experience. Without that tether, I could see being able to fly around with greater ease. But alas, that's just a superhero fantasy for another day when the technology is available.

For greater immersion in Marvel's Iron Man VR, this was one of the first opportunities I've had to try out the updated audio-to-haptics mode for the bHaptics Tactsuit. Obviously, since the Tactsuit isn't built for PlayStation VR, there's some setup that needed to be done. While playing Marvel's Iron Man VR on the PSVR, I set my capture card to pull the video feed from the PlayStation 4. Instead of capturing video, all I wanted was to run the audio into my PC so that the bHaptics software could pick it up. That way, any audio I heard in-game through the PSVR headset was also feeding into the Tactsuit for the rumble. Taking to the skies as Iron Man felt surprisingly well and the constant rumbling of the Mark One suit combined with the sensation of shooting a repulsor blast at point-blank range at an enemy drone added to the immersion.

You can check out the demo for Marvel's Iron Man VR yourself here and try it out with plenty of time to get your flight hours in before the full game launches exclusively on PlayStation VR on July 3rd. Finishing the entire demo nets the player a DLC Molten Lava Armor Deco for use in the full version of Marvel's Iron Man VR.