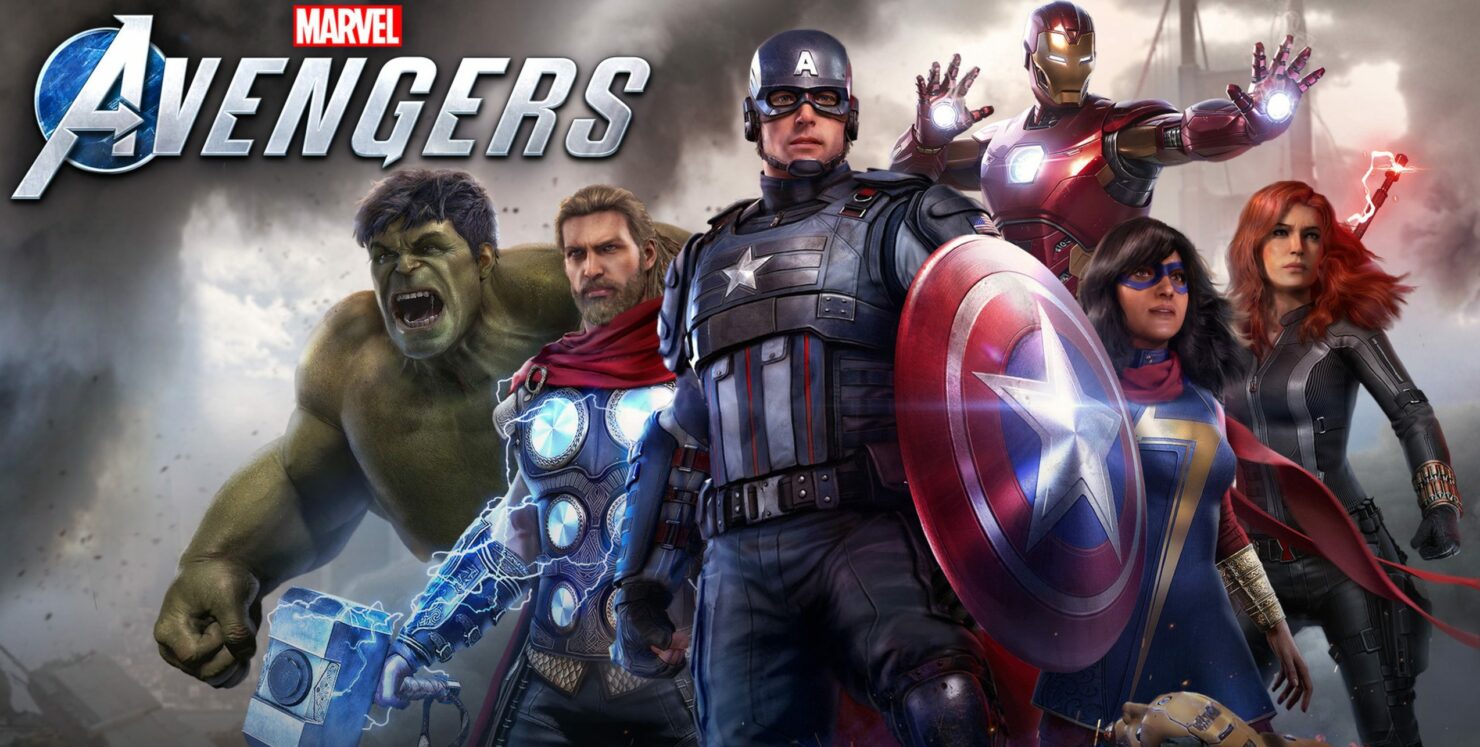 Being an Avenger is about more than just smashing and shooting your way through bad guys according to Kamala Khan, but the game certainly feels like that's actually the main focus. In Marvel’s Avengers, you’ll get to control Earth’s Mightiest Heroes for the first in a video game that isn’t made of plastic blocks.

But to be the best Avenger you can be, you’ll need to know what each hero is good at and how to exploit not just on the battlefield but in the menus as well. At the high levels of play, leveling your character is all about maximizing the equipment, skills, and stats that compliment your role in the team. This won’t be news to anyone who has spent a couple of thousand hours in games like Destiny or Warframe, but even then it can be a little overwhelming to learn an entirely new system, especially when there are some odd naming choices involved like in Avengers.

In this guide, we’re going to run over the basics of what you need to know, from equipment, skills, and stats, as well as a few examples of how to build some incredibly deadly avengers. 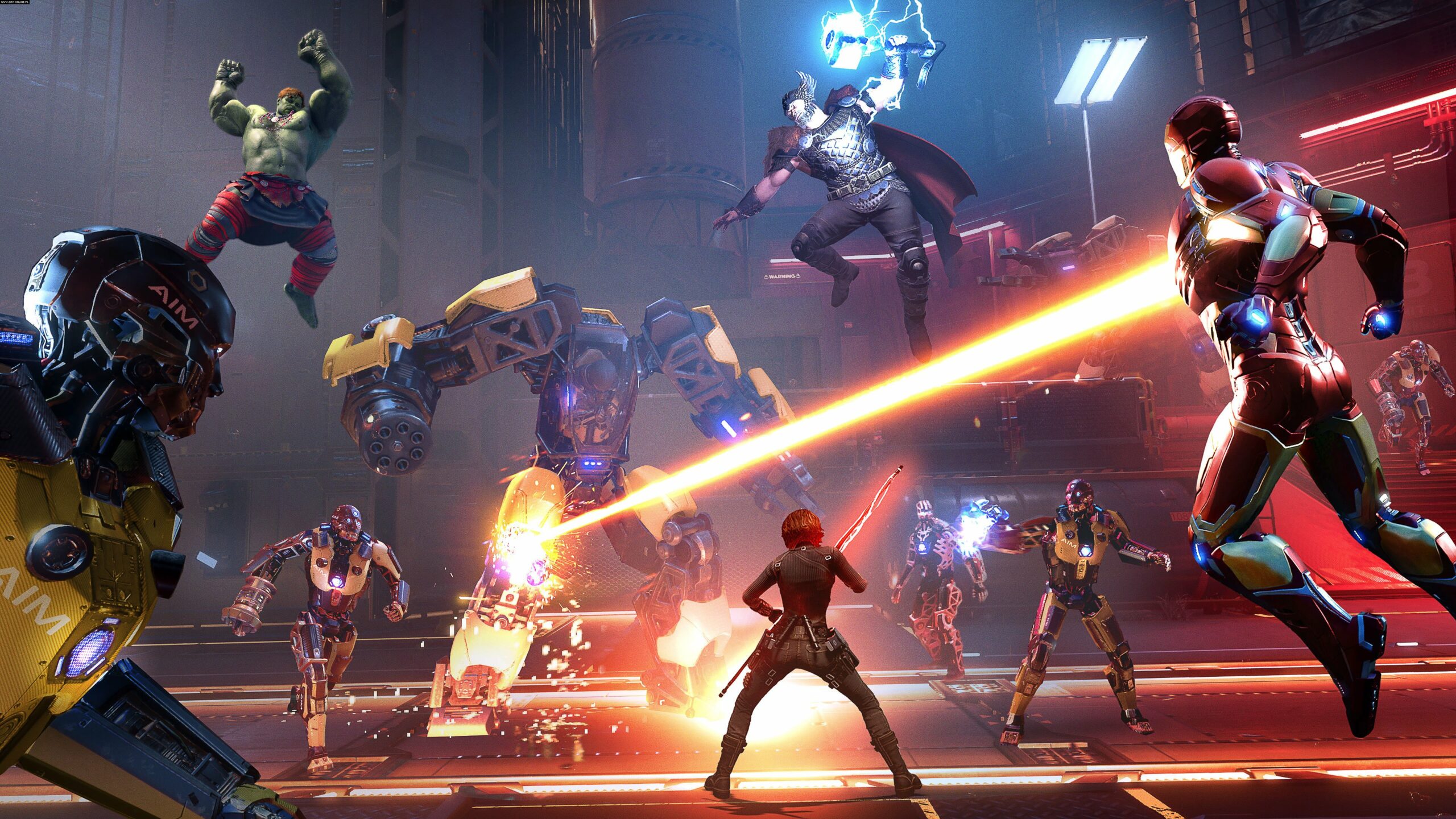 Like every other action RPG available on the market, Marvel’s Avengers has a selection of stats that you can upgrade as you progress through the game. But unlike every other action RPG, the names in Avengers have very little connection the corresponding skills. In total there are seven stats in Avengers and each affects the way a hero will play. It's important to make sure you are bolstering the right stats for the right hero you have in mind.

Might is easy enough to understand. This is influences your heroes' physical, melee damage output. It's great for heroes that are going to be right in the middle of the fray, but less important for those that might have more of a ranged focus.

Precision on the other hand is the exact opposite. This stat effects your heroes ranged damage. This is the one to focus on for those heroes that prefer to be further away from the action, and should be mostly ignored for the tanks and melee fighters in the team.

Proficiency increases the chance of a critical hit, making it very important for all DPS roles in the team. On top of that though, it also influences your perk chance too. Perks are random buffs awarded to heroes through their equipment (which we’ll go through later). Proficiency is therefore a pretty good all-around stat to have.

Valor influences the effect of your heroic ability. Each hero has a few abilities on long cooldowns, such as the Brooklyn Brawler (again, we’ll go into more detail shortly), and the damage output of that is influenced by your Valor. But high Valor also increases your critical hit damage as well, making it important to balance this stat with Proficiency. There’s no point doing incredible damage on your crit if you never get it, or getting it every swing but doing no additional damage.

Resolve is the stat that governs your willpower. You’d be forgiven for thinking that Willpower is your mana in Avengers, but it's not. Instead, Willpower is your health here, so think about Resolve like you would constitution in most other roleplaying games and make sure that tanks have plenty of points in it. Resolve also influences health recovery, by the way.

Resilience affects your armor. Like Proficiency and Valor, it's a good stat to pair together with Resolve. Unlike the other stats, this Resilience works as a percentage, cutting off a bit of the damage that hits you as determined by the score.

Intensity is the final stat for each hero and governs the stun effect and status damage. So the higher your Intensity, the easier it will be to stun an enemy, and the more damage your status moves can deal. It also works in the reverse, and increases your stun resistance as well, making it good for crowd control heroes to neutralise entire mobs without becoming overwhelmed.

These are the basic stats you’ll be looking at as you power your hero through the game's progression. When playing as the different heroes it is worth noting where you are in the fights and what you’re doing for the team. Although the Avengers all play like you would expect, there is enough room with each hero to build multiple potential roles, so picking on that works for you is always going to be best.

That being said, it might be difficult to build an effective Black Widow tank or The Hulk as a ranged fighter, and you should probably play to the heroes' innate strengths unless you're specifically going for something different. 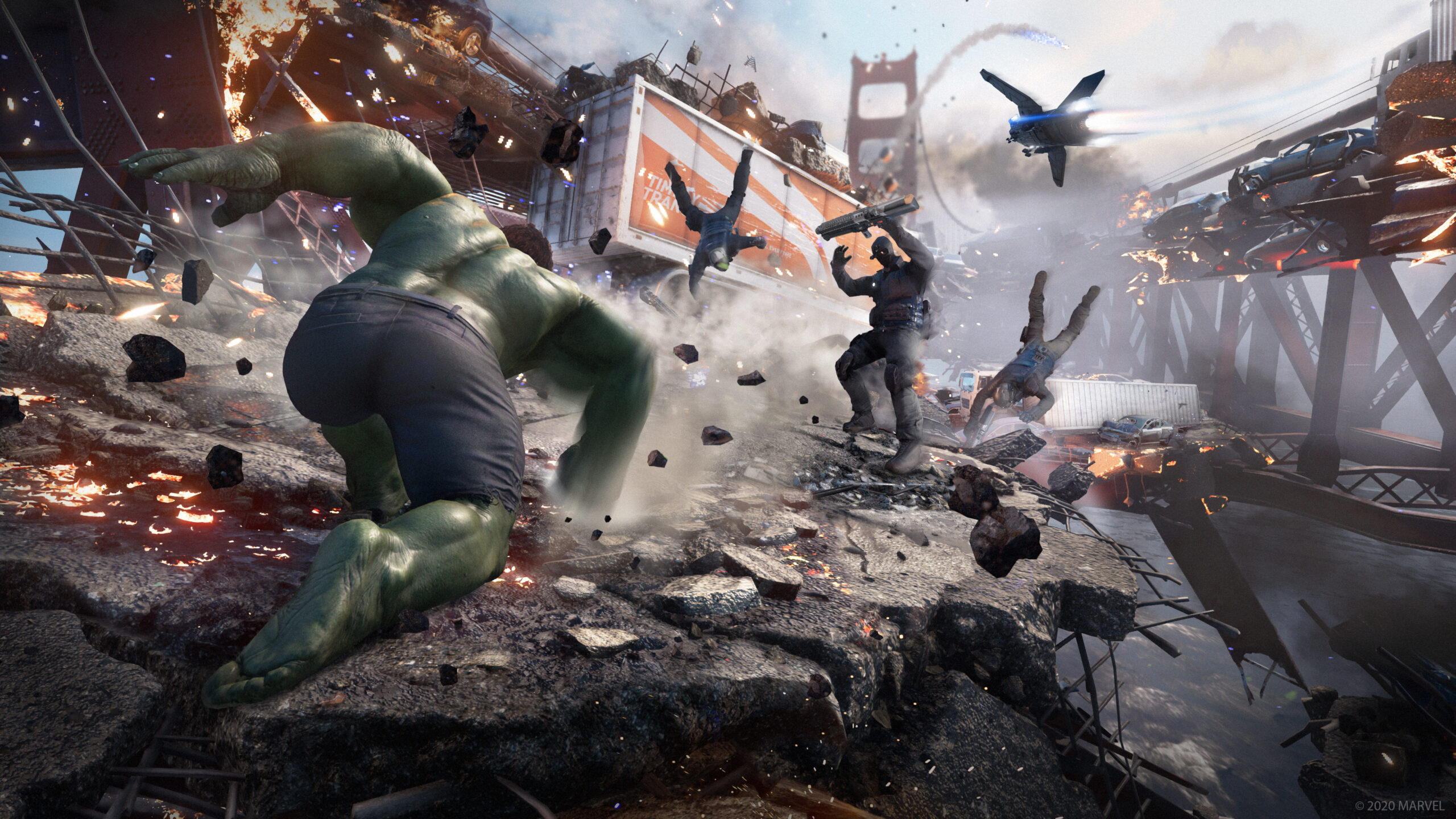 Skill are the bread and butter for the genre. Here is where you can really feel the customization of the hero come out as you can focus on buffing the abilities and playstyle you prefer. Skill trees in Marvel’s Avengers come in many, many flavours though.

To start with you’ll have your four Primary Skills trees that you can work through during the lower levels and generally offer easy to understand combos and boons to your hero. But each hero will also unlock access to their four Speciality and Mastery trees as you level up.

Specialty Skills generally focus on the heroic abilities of the character, often changing how they work. Consequently, these can completely change the way the hero will need to operate in the fight, so it's worth thinking about the big picture and where your player skills are best suited when looking at these. Although it can be a little confusing to look at, unlocking most specialty skills requires you to select one of three options. You can’t unlock them all, so make sure to focus these unlocks in the same or similar fields to get the biggest benefit.

Mastery Skills on the other hand is a skill tree all about fine-tuning what you’ve already got. Choosing between different, small buffs might seem insignificant but can change your character from hopeless to heroic remarkably quickly. When selecting your mastery skills, make sure to think about the synergy of your character and their abilities. Think about what the knock-on effects of the upgrade might be, and how beneficial they are to your playstyle.

For example, and spoiler alert, Captain America has an incredibly synergistic skill set if you select the right ones. In the Speciality Skill Tree, you can find the Fighting Spirit and Adrenaline Rush abilities in the Ultimate Heroic Ability tree. Fighting Spirit increases the duration of his Brooklyn Brawler heroic, while Adrenaline Rush increases the duration of Brooklyn Brawler for every takedown you make during it. Brooklyn Brawler is Cap’s ultimate heroic ability that greatly increases his melee effectiveness for a short time. Next to these skills is the CQC Specialist ability (still in Ultimate Heroic Ability) that lets you takedown critically wounded enemies.

I’m sure you’re already seeing the potential effect of these three abilities together, potentially giving you a much longer Brawler then you would normally have. But there’s more.

In the Mastery Skill Trees, in the combat section is the Heroic Takedown Mastery skill that gives you a Heroic Orb for every takedown you perform. (Heroic Orbs greatly reduce the cooldown of your ultimate heroic ability, in this case, Brooklyn Brawler.) With these four skills and enough enemies around, you can trigger Brooklyn Brawler and have it ready to be triggered again before it even ends.

To be effective with your skills, you’ll want to try and think of them in this term, doubling down on their specific effects so you can reap incredible rewards. This might not be the best combo of Captain America’s skills, but it's certainly an effective one to start with while you can experiment with others as it greatly improves his role as a melee-focused DPS hero in the team.

As another example, you can build Iron Man as a crowd controller by unlocking the skills Disruption Pulse, Hyper Reactor, and Energy Star in his Ultimate Heroic Ability tree in the mastery section, then in the mastery trees, unlocking Stun Mastery (in combat) and Arc Reactor Kinetic Atomizer (in Intrinsic Ability). These abilities cobbled together will allow Iron Man to use his Hulkbuster ultimate heroic ability to stun large mobs if he is in the centre of them, then smash them all and do it again. On top of all of that, you can look to up his stats in Intensity making it all more effective again.

There’s a thousand different ways that these skills can work together and the best way to look at your character is to think about how you use your hero, especially the heroics you prefer, and how you can improve them. 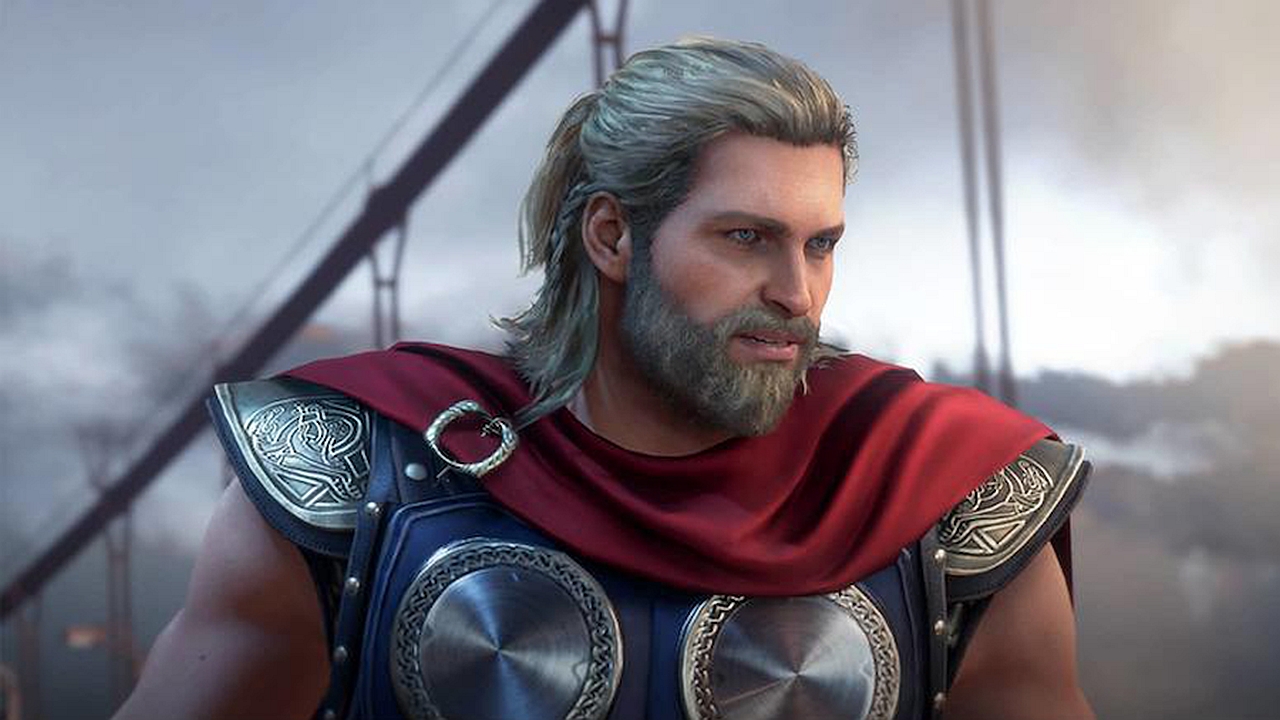 The final aspect of building your character in Marvel's Avengers is the equipment you're going to take into battle with them. Forgetting for a second that some of it makes literally no sense, such as replacing Captain America’s skull or The Hulk's spine, these can complement and vastly improve your character's effectiveness on the field.

At lower levels, your equipment should be the least of your concerns. Just simply pick the one that gives you the biggest, most obvious benefit and then keep grinding. But as you look the rarer and legendary grade stuff, it's worth looking at its other effects before deciding what to do.

As mentioned early, some gear has Perks, which are effects that are governed and triggered according to your Proficiency stat. Some of these might add a damage modifier onto your attacks, such as Particle Damage or Gamma. Others might increase your critical damage or effectiveness of your stun.

Others though are potential effects that have a chance to activate in the right conditions. These are often the most effective but need to be carefully tuned given the random element of them. Heavyweight Invulnerability for example has a chance of making the hero invulnerable to damage for short time after a heavy combo finisher.

That effect can be extremely valuable for a tank that is trying to sponge up as much of the damage as possible for the team, but it is often quite a low chance of happening. If possible, it can be great to stack these perks on top of each other, getting as much equipment as possible that adds the same effect to increase your chances. But it is still worth thinking of equipment as the compliment to your stats and skills, rather than the other way around.

A short burst of invulnerability might be useful, but making sure you Resolve and Resilience are high enough to survive without it is more important.

These are all the basics for building the perfect hero. It's important to always keep in mind what your character's role is going to be on the assembled squad no matter what that role is. After that, it's just about remembering what each silly named stat actually does, and how best to synergise your skills and complement it all with your equipment.