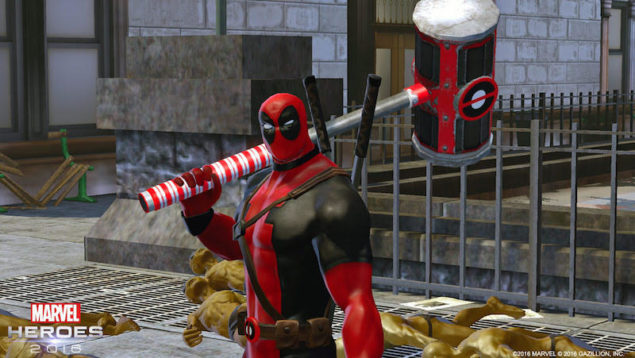 Free-to-play action-RPG Marvel Heroes got its biggest update in nearly two years, the first wave of the game's 2016 initiative.

The new version - which adds controller support, visual updates, leaderboards and more - is available to download from Steam and MarvelHeroes.com now.

The biggest addition - and perhaps the largest draw for returning players - is the new story chapter, in which you'll have to battle shape-shifting Skrull invaders. In this adaptation of the Secret Invasion comic book event, you'll have to be careful who you trust.

Black Cat has been added as the 55th playable character, voiced by Jennifer Hale. Deadpool has been revamped as well, with new animations, effects and nine new moves - anybody would think he had a movie coming out or something.

And if that's not enough, Peter Parker's high school bully, Lt. Flash Thompson, has popped on the Venom symbiote as a team-up character.

The Mac version of the game has leaped out of beta and more than 50 achievements have been added to the Steam version.

When we moved from Marvel Heroes to Marvel Heroes 2015, it was to showcase just how much the game had improved since its launch – but it’s had another year and a half of improvements since then, and with today’s launch of Marvel Heroes 2016, the newest additions make it even better.

What we’re launching today is just the beginning of what will be the biggest year yet for the game. Our awesome community expects regular updates, and they’ll continue to get those – but it’s the big content drops like today’s first wave of the Marvel Heroes 2016 initiative where the game will really shine. You’ll see these throughout the year, and the best announcements are yet to come.