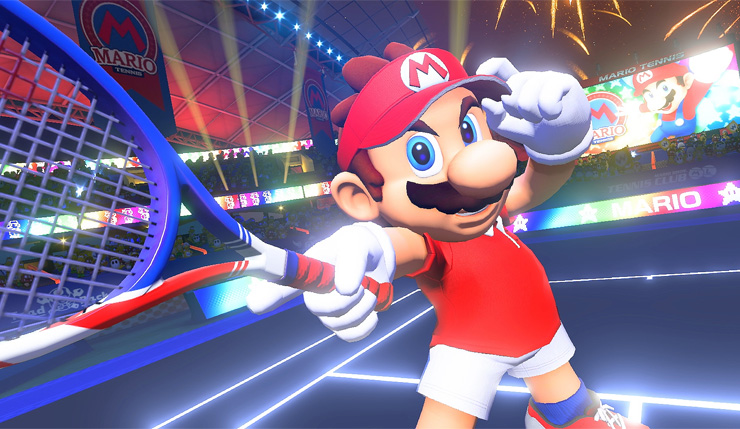 Earlier this morning, we got a peek at what’s coming to the Switch in early 2018 via a surprise Nintendo Direct. The presentation was heavy on DLC and ports of older games, but what about new stuff? We only got one new announcement from Nintendo itself, but it’s one fans should appreciate – Mario Tennis Aces (thanks to GameXplain for capturing the trailer).

Yeah, I know, yet another Mario Tennis may not sound that interesting at first – the last couple entries in the series for 3DS and Wii U have been a bit bland – but there’s reason to be excited for this new game. In addition to the tried-and-true on-court action, Mario Tennis Aces will feature a full story mode, the first for the series in over a decade. Here’s the full rundown on the new game from Nintendo:

“Mario Tennis Aces brings a new level of skill and competition to Nintendo Switch. Mario steps onto the court in classy tennis garb for intense rallies against a variety of characters in full-blown tennis battles. New wrinkles in tennis gameplay will challenge your ability to read an opponent’s position and stroke to determine which shot will give you the advantage. And this time the game adds the first story mode since the Mario Tennis game on Game Boy Advance, offering a new flavor of tennis gameplay, with a variety of missions and boss battles.”

As Nintendo mentions, this new game appears to be a return of sorts to the GBA’s Mario Tennis: Power Tour, which featured a surprisingly-deep RPG-like story. Mario Tennis Aces’ story mode doesn’t look quite as deep, but it’s a welcome addition following the disappointingly bare bones Mario Tennis: Ultra Smash on the Wii U. No word yet on who’s developing Mario Tennis Aces, but it’s probably Camelot Software (they’ve done every game in the series to date).