With the announcement of the Kirin 950, Huawei has managed to provide a good flagship processor offering for the mobile world. The latest Kirin from the company comes with some impressive specifications that should undoubtedly see it featured in several upcoming devices. It comes featuring the age old big.LITTLE architecture that consists of quad Cortex A53 and A72 cores that manage to give the 950 clock speeds exceeding 2.5GHz. Today we've managed to get our hands on some benchmarks of the processor, so lets take a further look at what the latest Kirin is all about. 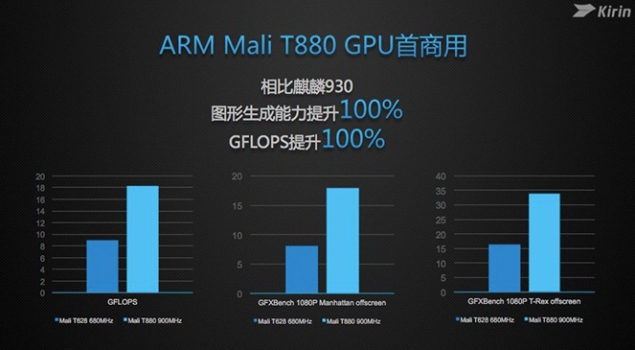 The four Cortex A72 cores on the Kirin 950 are said by Huawei to be able to achieve speeds of up to 2.5GHz, which aren't shoddy by any means. In addition to the Cortex A53 and A72 sets, the Kirin 950 also comes with Cat.6 LTE modem and an i5 co-processor that should take care of all secondary motion and other data processing on your mobile device.

It also going to be able to support camera sensors of resolutions up to 42MP and comes with eMMC 5.1 and dual channel DDR4. Huawei's given careful thought towards its processor and made sure that the Kirin 950 comes with all top tier features you'd want. Now coming towards the Mali-T880 on the 950, as the image above shows, you should be expecting top-tier performance from the chipset indeed. 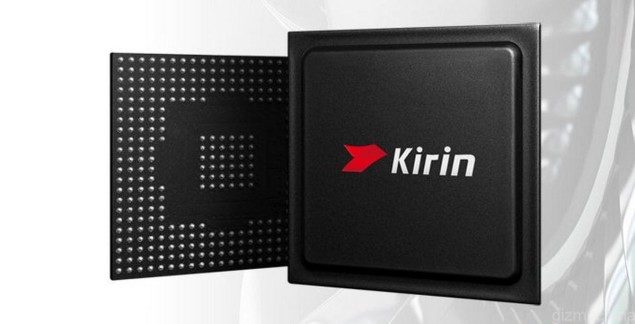 While the benchmarks aren't as detailed as we'd like, they do provide us a good idea of what to expect from the Kirin 950 and Mali T880. As you can see, the latest Mali from ARM manages to render twice the frames as its predecessor on GFXBench. The results with GFlops are the same, with the Mali T880 giving us 18GFlops, which is double the amount of the T628.

With several upcoming chipsets next year, things have definitely started to take a turn for the good in the mobile hardware. We should be expecting processor launches from both Samsung and Qualcomm next year, manufactured on the former's 14nm FinFET. Both the Qualcomm Snapdragon 820 and the Exynos 8890 are expected to come with custom cores, which seems to be the next 'in' thing these days.

They're also expected to come with upgraded GPUs, the most interesting of which should be Qualcomm's Adreno on the Snapdragon. Aside from its chipsets, the US manufacturer also manages to churn out some very impressive mobile graphics hardware so we'd be interested to see how all of these stack up against each other. Till then, stay tuned and elt us know what you think in the comments section below.